Four colour cards, or Si Sek Pai as they are known in Hokkien, are a form of playing card used in China and a great part of S/E Asia. These cards are used to play a game much like rummy.

Hokkien Four Colour Cards differ from the “Double Elephant Four Colour Cards” in several ways. The characters on the cards are written one way for red and yellow, and another for green and white. They are: 將 士 象 車 馬 包 兵 for white and green; 帥 仕 相 俥 傌 炮 卒 for red and yellow. This distinction reflects actual Chinese chess sets from which these characters are taken. In these sets, the characters of each side are written differently from the other. In the centre of each of the cards is a Chinese character, which if arranged correctly form a phrase. 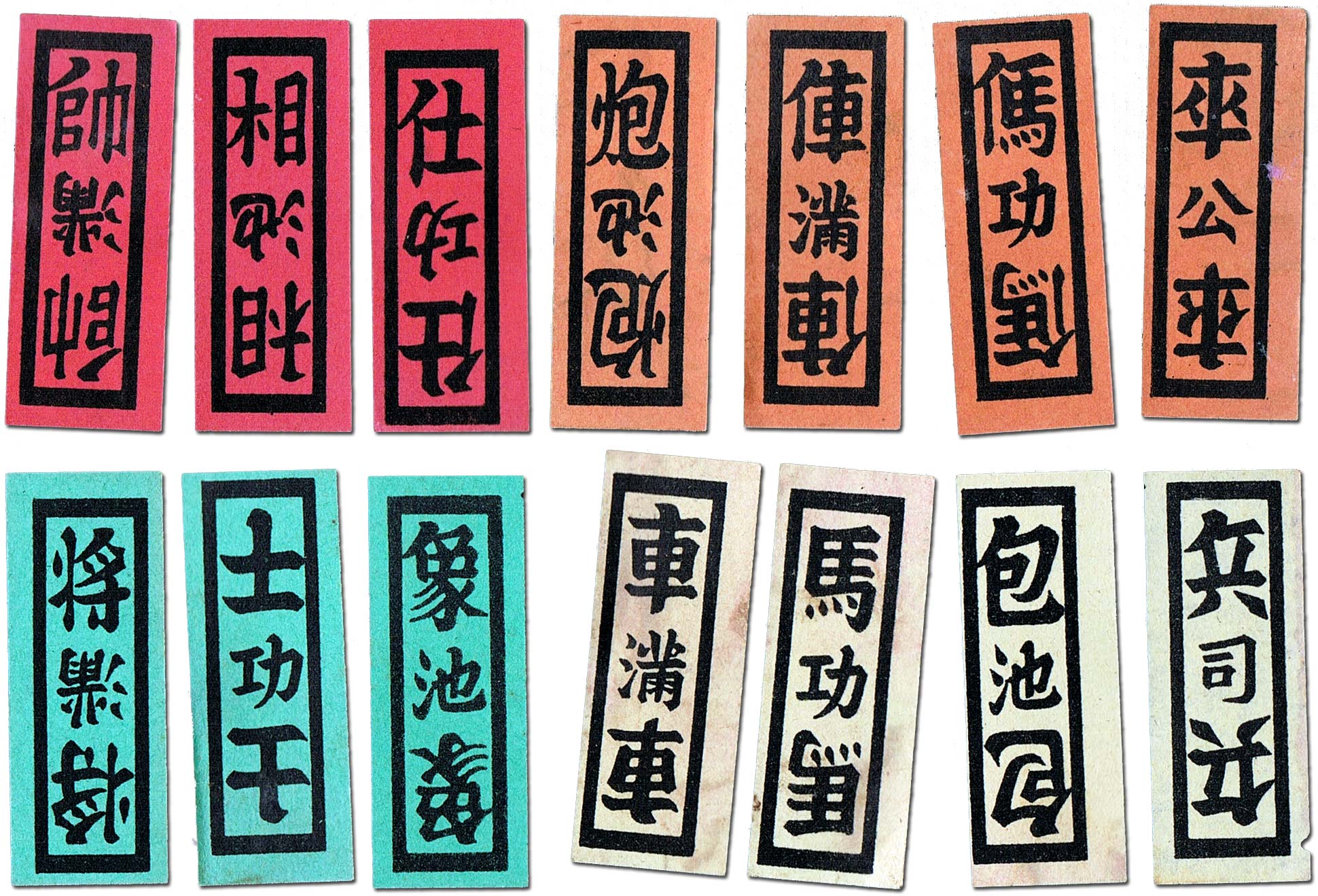 Above: Hokkien Four Colour Cards. The backs are a shade of pale pink, instead of the more common ochre colour. Each card measures about 2 x 5 cm. The cards were found in the back room of a Chinese art material dealer's shop, left over from a previous business. The cards presumably came in a paper wrapper, which had long since decayed. It appears that this deck is extinct in Singapore. My grandaunt tells me that these cards are the closest things to the cards of her youth, but they differ in several ways. First, The cards she played with lacked the central character. Second the cards were slightly bigger. But nevertheless these cards have been extinct on this island for at least 30 years, and it may be assumed that this is the age of the cards. Images and notes courtesy Anthony Lee.  Visit his Blog → 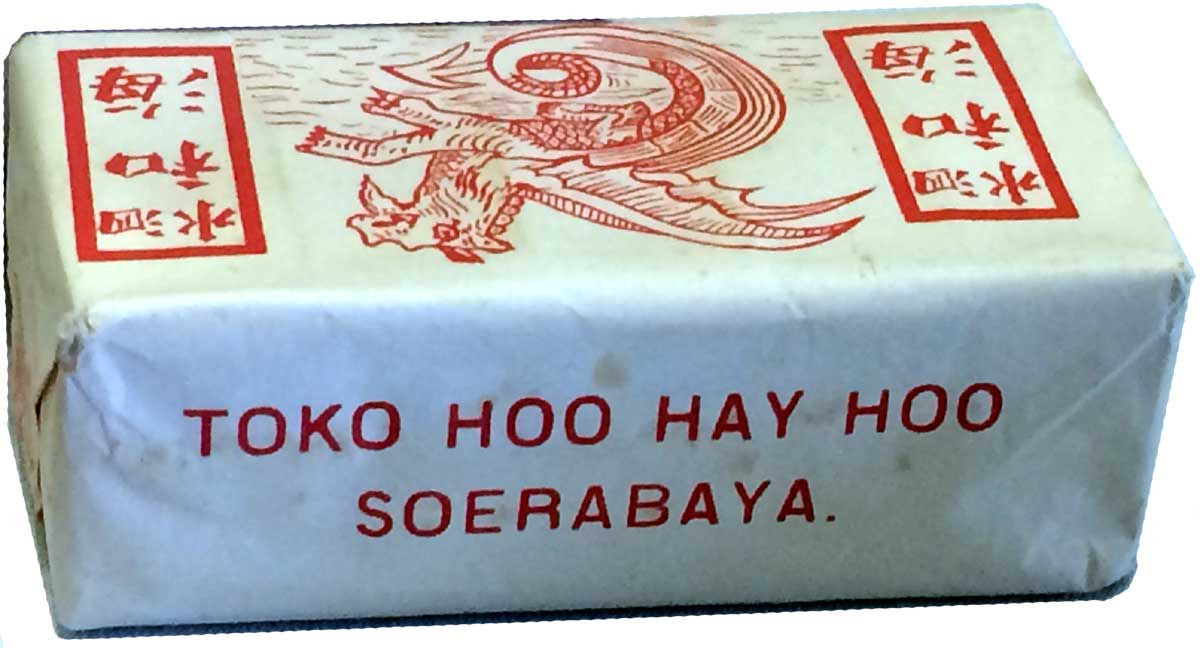 Above: unopened packet, manufactured in Belgium.