Tam Cúc playing cards purchased in Vietnam. Like Four Colour Cards, the deck is based on Chinese chess. However this is where the similarities end. Decks have only 32 cards, the distribution of cards exactly mirroring the pieces in a game of Chinese chess. Instead of 4 colours, there are two (one with red overprints, the other without). The deck contains 1 general (tướng 將), 2 advisors (sĩ 士), 2 elephants (tượng 象), 2 chariots (xe 車), 2 cannons (pháo 砲), 2 horses (mã 馬), and 5 soldiers (tốt 卒) repeated in red and black.

Tam Cuc is a trick-taking game

Indochina (now Vietnam, Laos, Cambodia) was mainly inhabited by Cantonese people. In each of these zones, cards and dominoes were customized and adapted to local varieties.

Thanks to Anthony Lee for additional research. Visit his blog here► 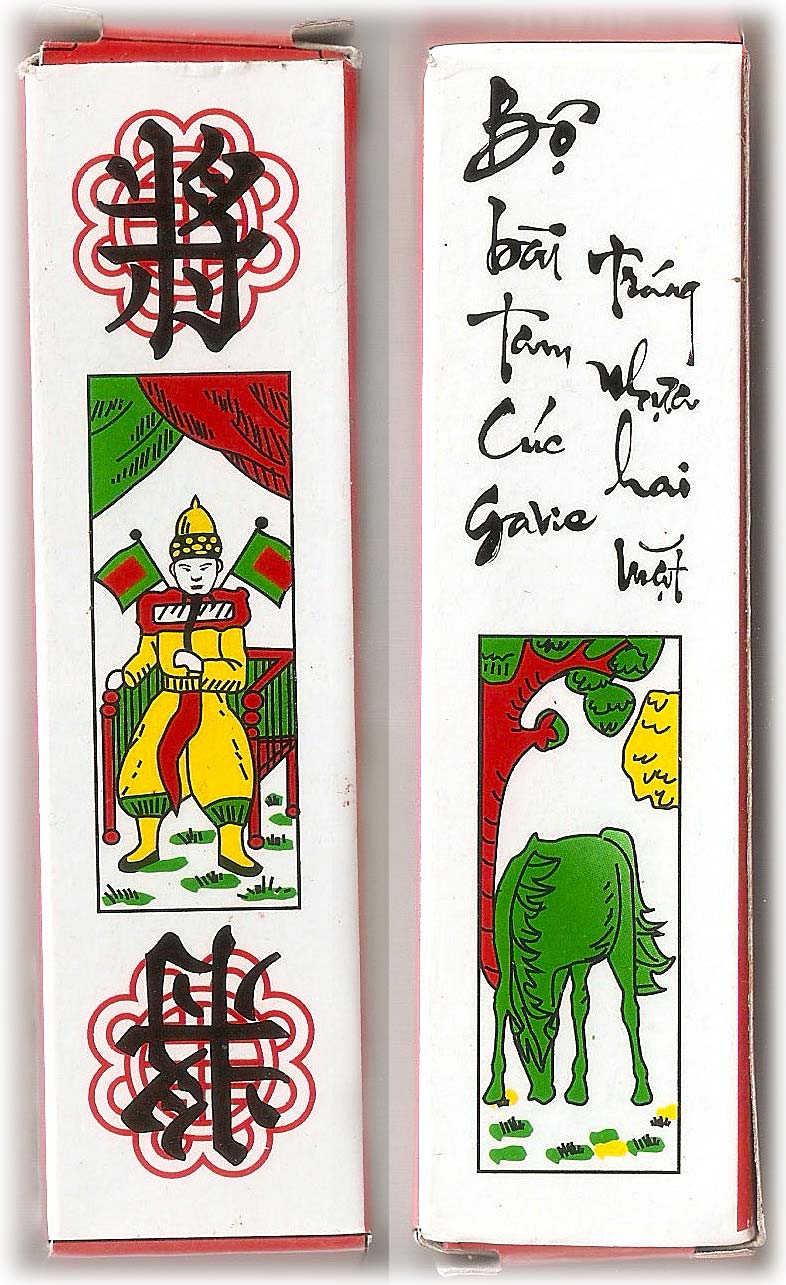 Above: Tam cúc playing cards purchased in Vietnam, 2016. 32 cards in box, separated into red or black. 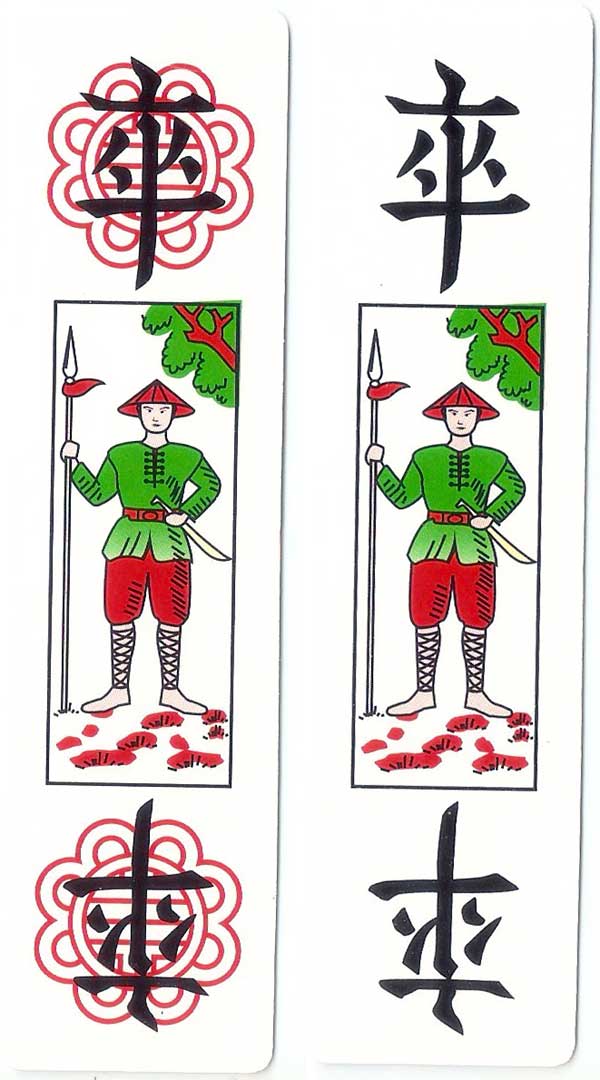 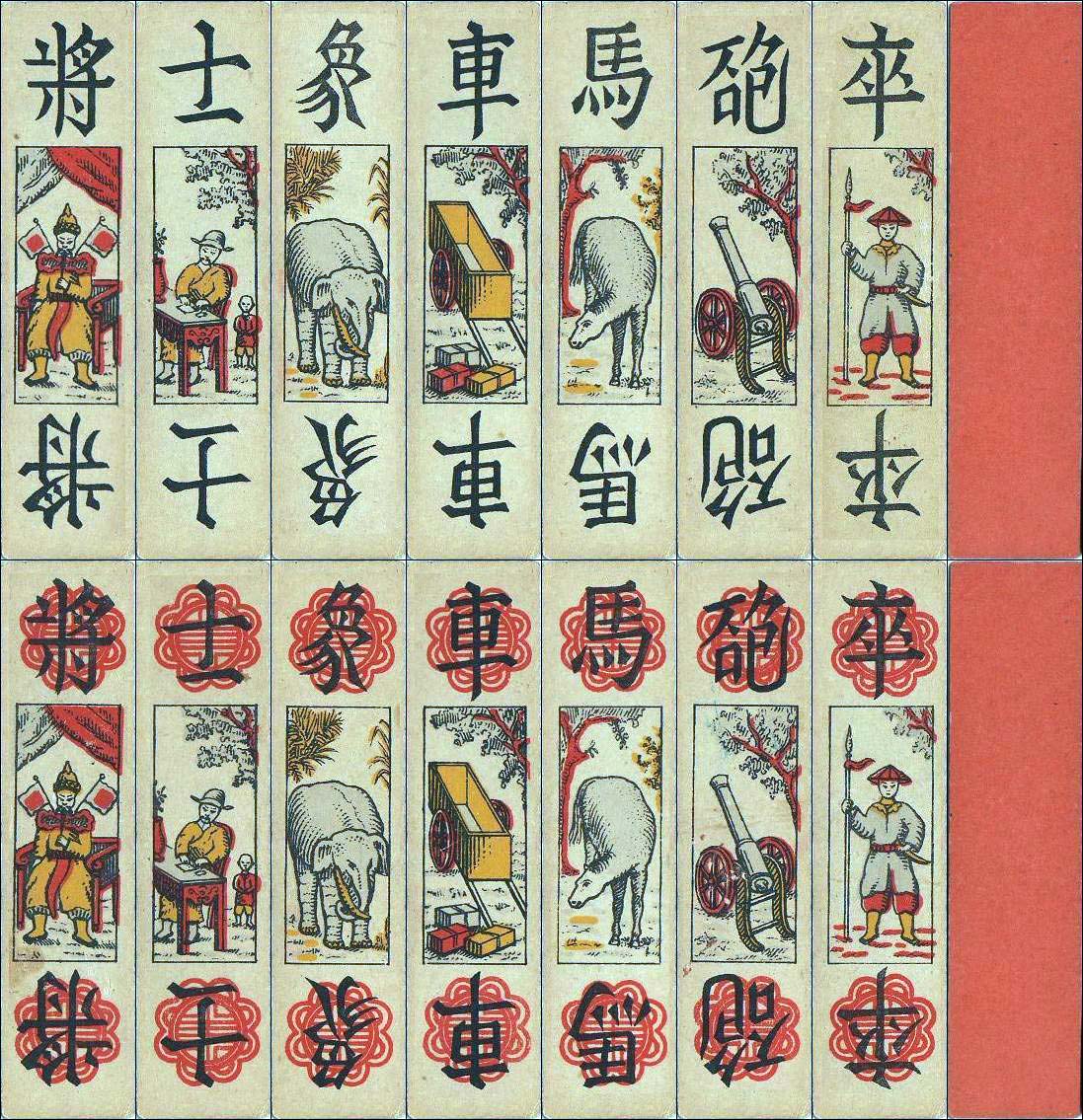