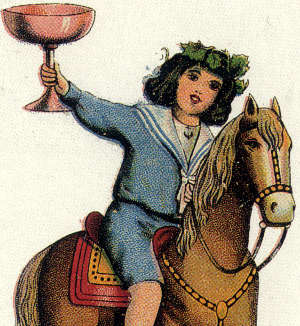 Sets of playing cards or domino cards aimed at children became a new trend in Catalonia and Valencia during the 1870s designed to carry advertising slogans by chocolate companies on the fronts and/or reverse. Pictorial trade cards were becoming popular throughout Europe so that tea, tobacco, chocolate or even beef extract were the commodities most associated with beautifully lithographed and collectible insert cards. The quality and imagination of the designs reflects the cultural exuberance of those past times.

In this example, by Litografías Industrias Madriguera of Barcelona, suits were designed as skittles, balls, swords and sundae dishes around which groups of children are balancing or climbing. Ribbons or blank panels on the reverse incorporated references to the chocolate products (which in this edition have been removed). 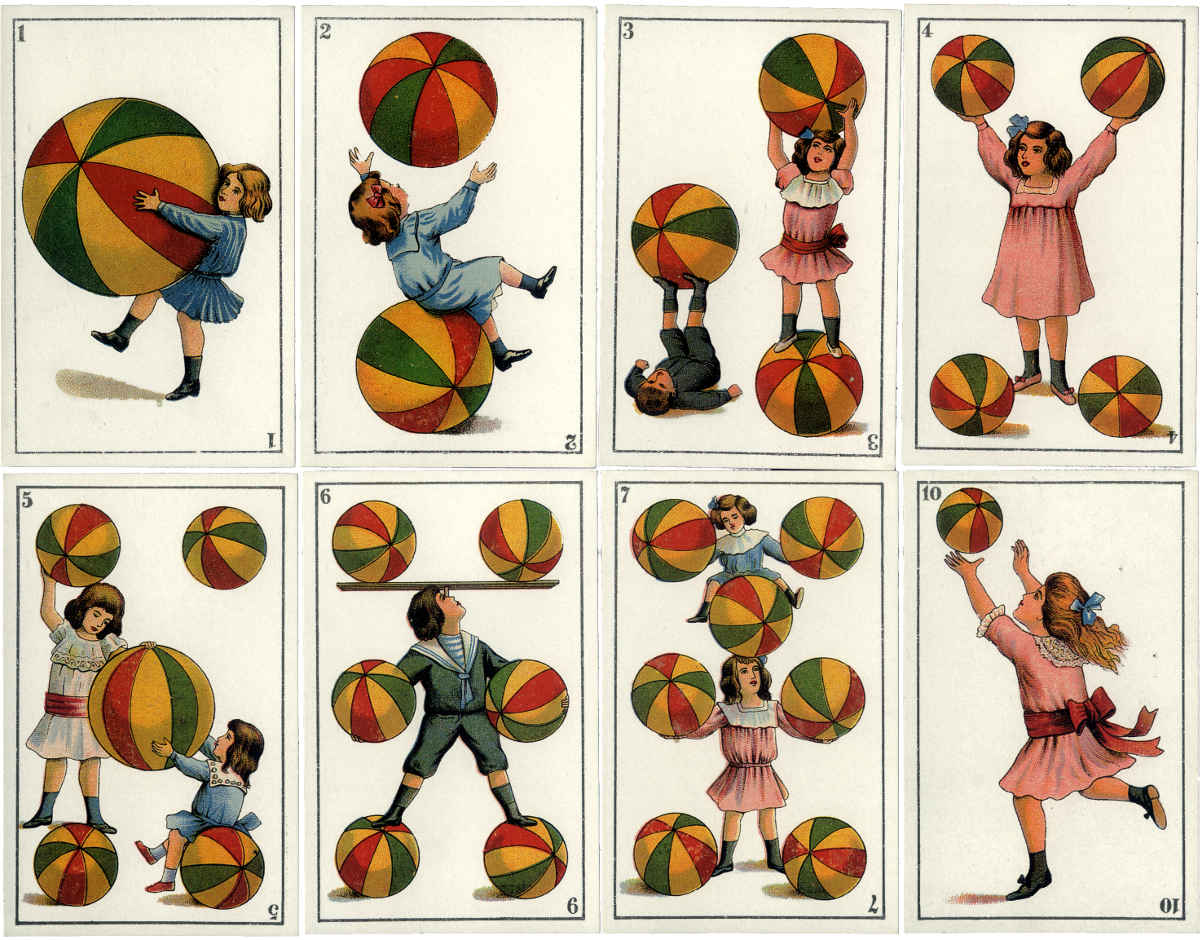 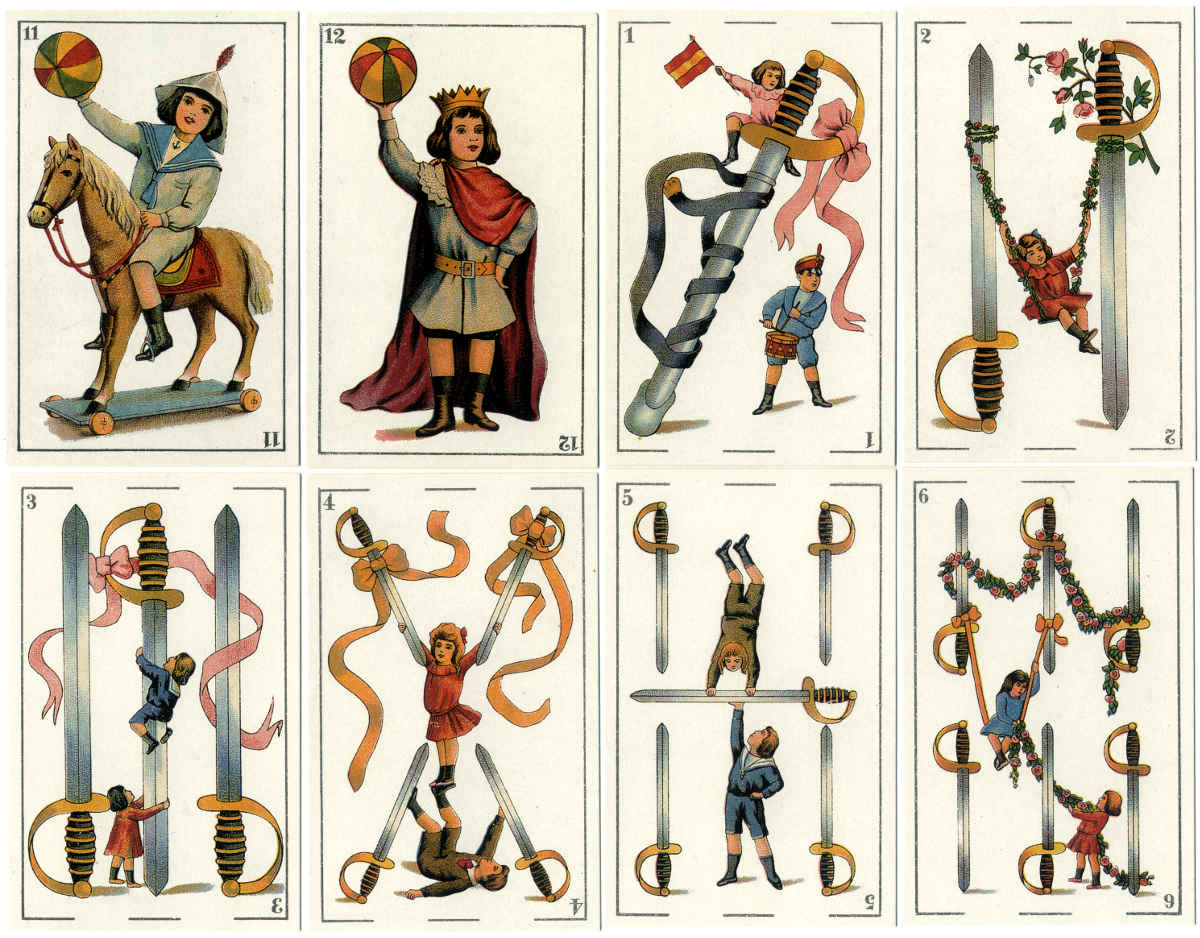 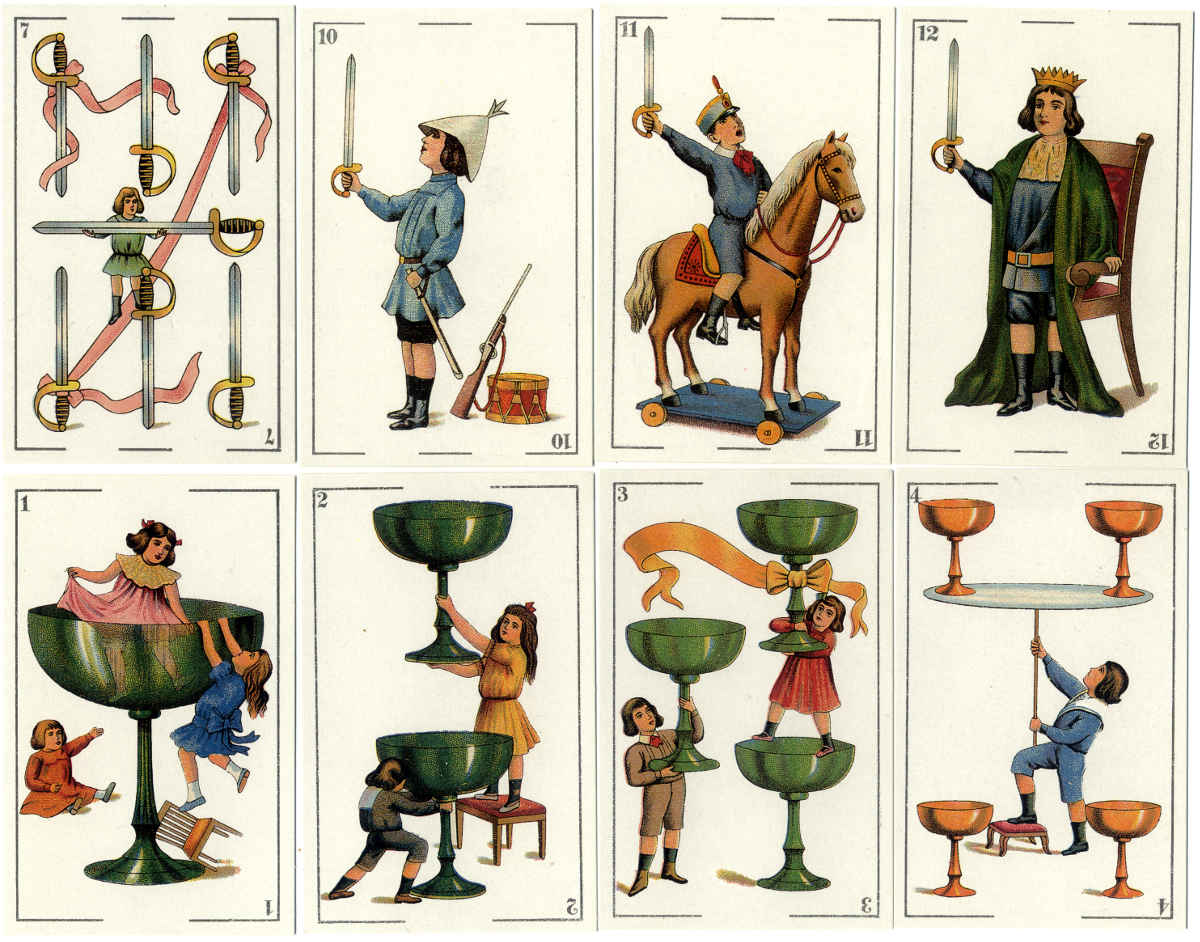 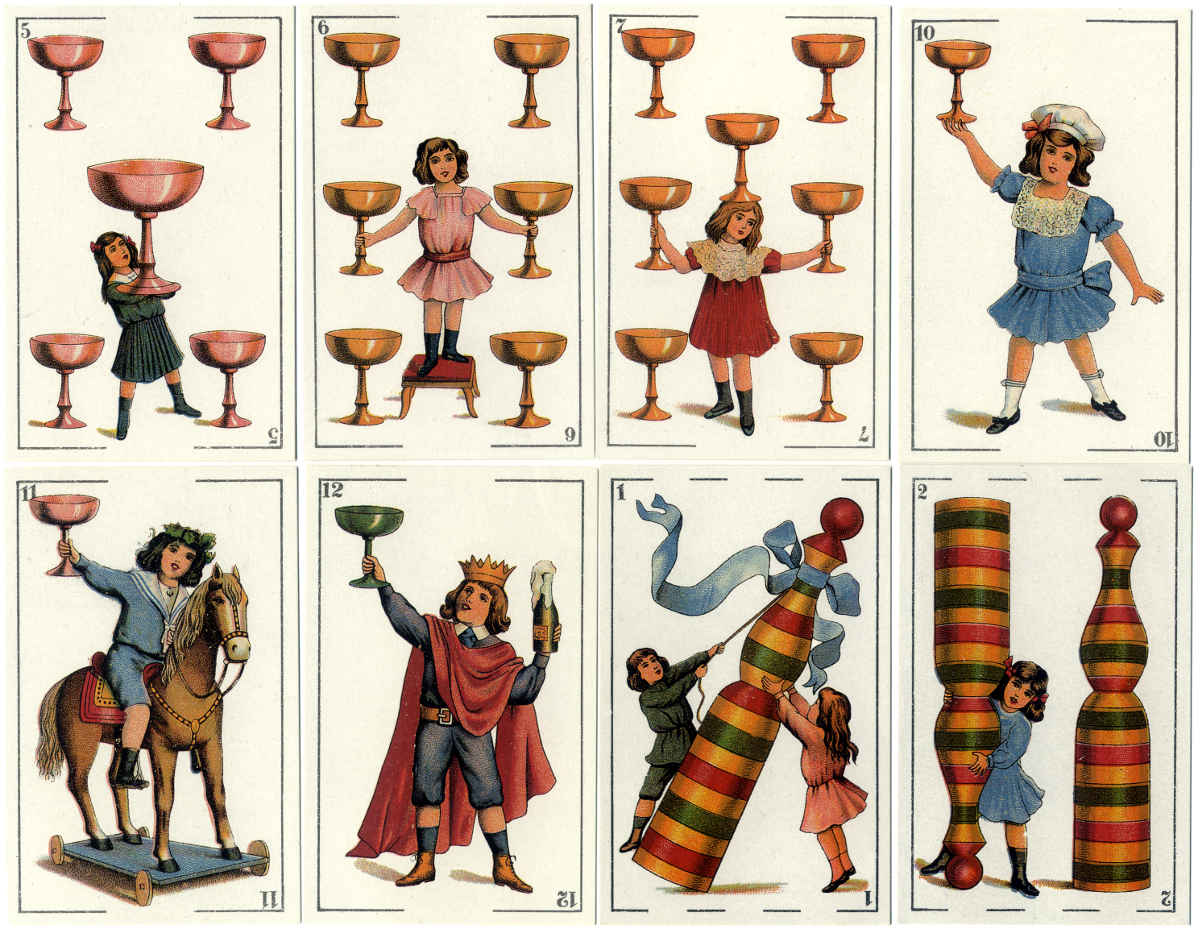 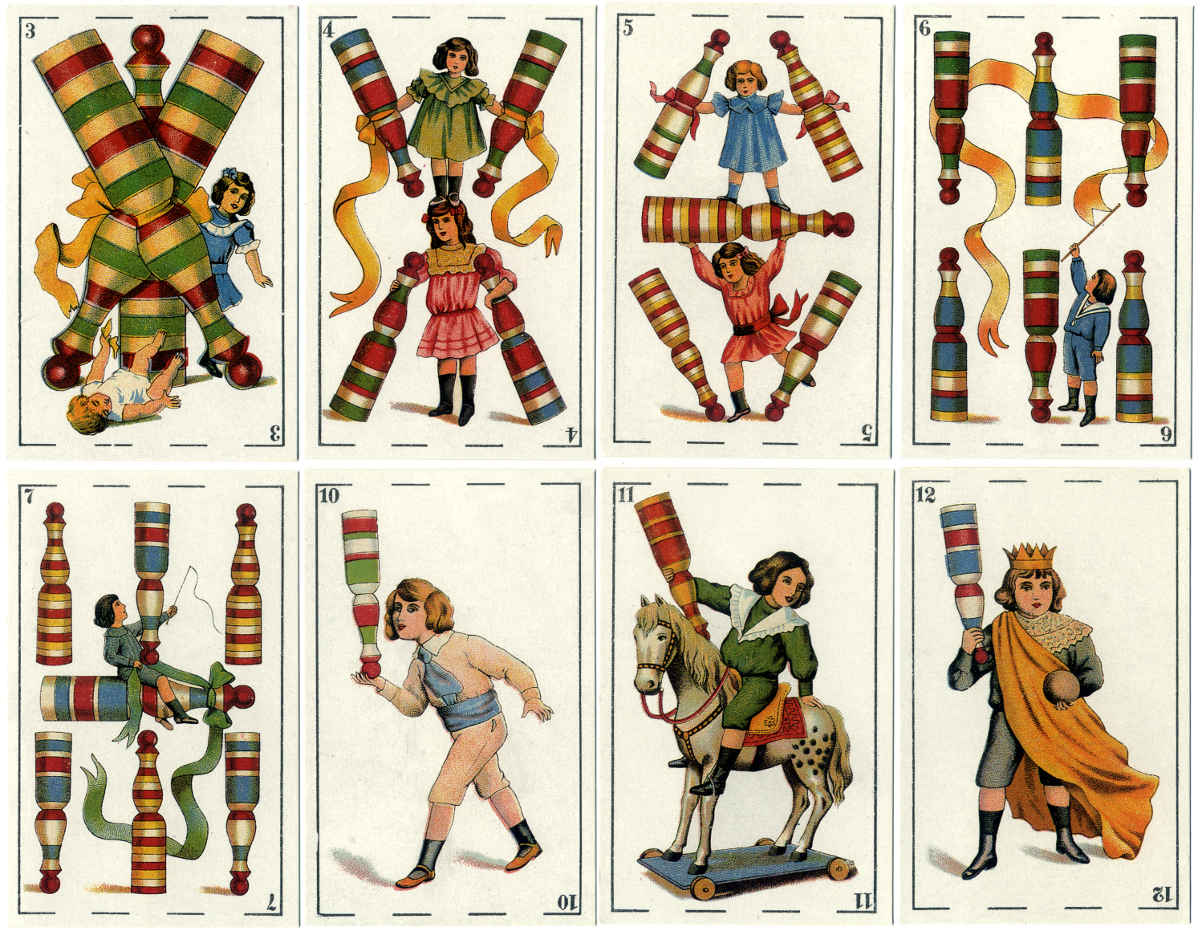 Above: cards from facsimile edition by El Sendero of 40 card version of a design originally published in c.1896 and re-issued in 1930s by Litografías Industrias Madriguera, Barcelona. 97x61mm.