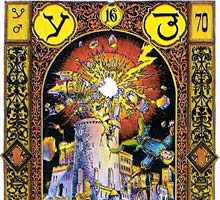 The “Stairs of Gold” Tarot cards designed by Giorgio Tavaglione contain multiple attributions which appear somewhat complicated at first sight. Whilst the titles of the cards are in Italian, the Hebrew and Sanskrit letters on the Trump cards denote, respectively, associations with the Cabbala and Vedic metaphysics. In addition there are signs of the Zodiac, Numbers, Celestial alphabet letters and other cryptic symbols incorporated into the ornate borders, as well as the imagery of the Tarot itself, all of which offer the prospect of very in-depth readings with plenty of esoteric correspondences. We could not find any runes or ogham characters amongst the many mystical signs. The minor arcana cards have the same borders and also some symbols. 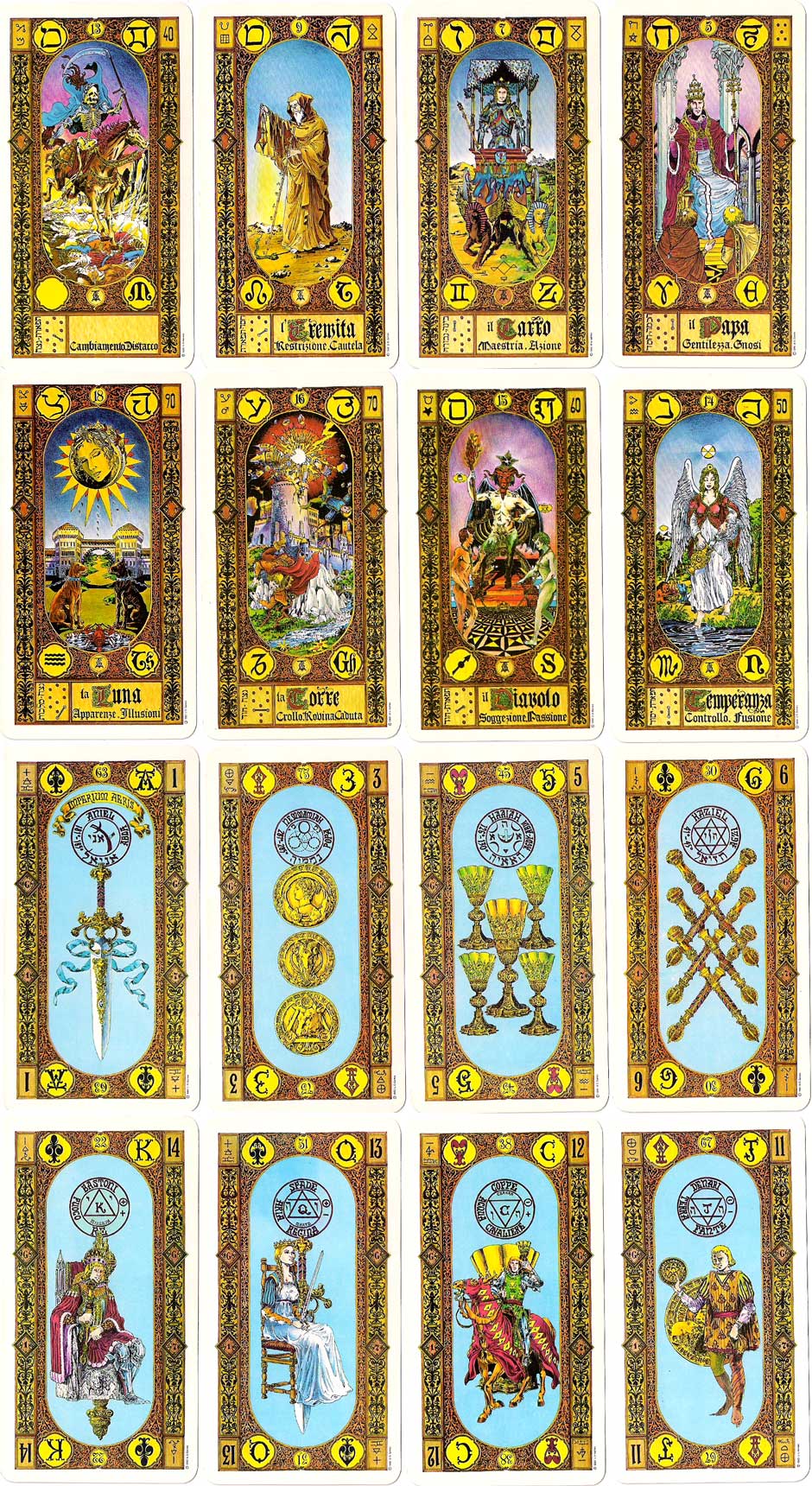 Above: “Stairs of Gold” Tarot cards designed by Giorgio Tavaglione, 1979. 78 cards + title card, plus 80 page explanation booklet. In addition to the general edition there was a gold-edged version limited to 1000 copies signed by the artist. The artist's vision was that this deck was like the steps of a staircase leading from creation/birth upward to ultimate realization. The original symbols of the Tarot major cards have been rendered in a superbly artistic style, but the complicated mystical symbolism may be somewhat obscure for a beginner. Images courtesy Rod Starling.