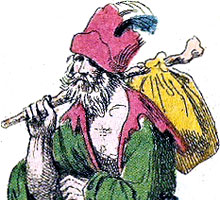 Originally published by Ferdinando Gumppenberg in c.1810, this facsimile edition was published in 1980 by Edizioni del Solleone. Gumppenberg published several new decks by well-known artists or engravers of the day. The designs are clear and well-engraved, in the style of the revival of antiquity, and preserving the symbolic intensity of the Tarot, but adding new nuances. Delicate borders and calligraphic inscriptions inspired by neoclassical art complement the drawings and colouring in this fine historic deck. 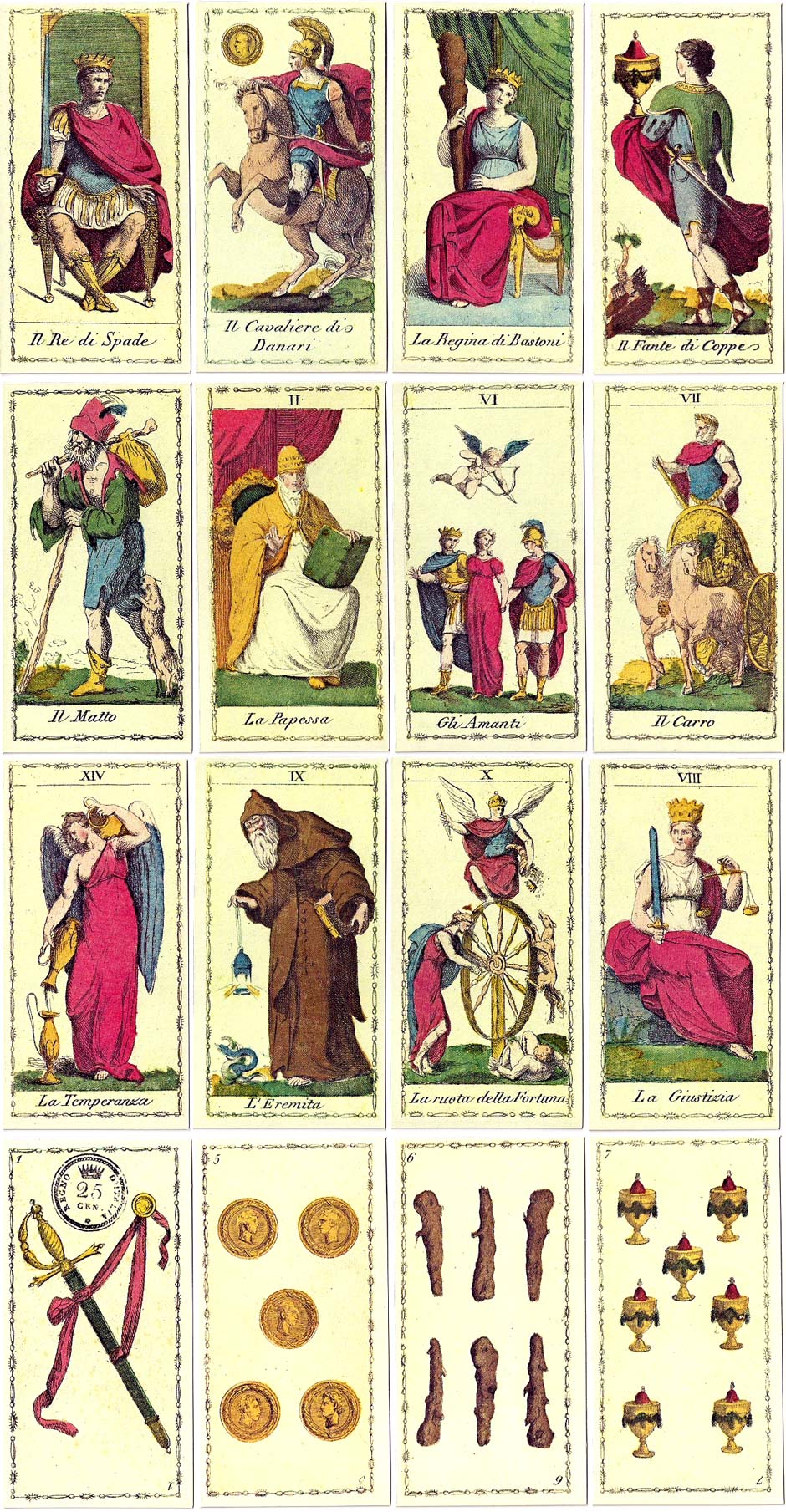 Above: 'Tarocco Neoclassico Italiano', based on an original engraved deck by Ferdinando Gumppenberg from c.1810, re-published in 1980 as a limited facsimile edition of 1500 by Edizioni del Solleone, and again in 1984 as a second edition of 999, under the direction of Vito Arienti. The figures are delicately engraved and fit comfortably within the confined space of a playing card, each one set within an ornamental border. The pip cards use arrangements and iconography reminiscent of engraved Spanish decks from the same period, without intercrossing swords and batons. The ace of swords carries the tax stamp valid from 1807 to 1816. Gumppenberg was inspired by the work of the Spanish engraver Clemente Roxas of Madrid. Here and there the designs depart from traditional tarot images. For example, the Lovers card depicts a woman in between two men, instead of the other way round. The same original cards were also re-published by Lo Scarabeo as: 'Antichi Tarocci Lombardi' in 1995 and by Edition Fabbri, France, in 2003. Images courtesy Rod Starling.