Stylish playing cards featuring the glamorous, superpowered female stars of the alternate reality world of DC Comics in a retro pin up look by US artist Ant Lucia, published by 'Forbidden Planet', 2015. See the box→ 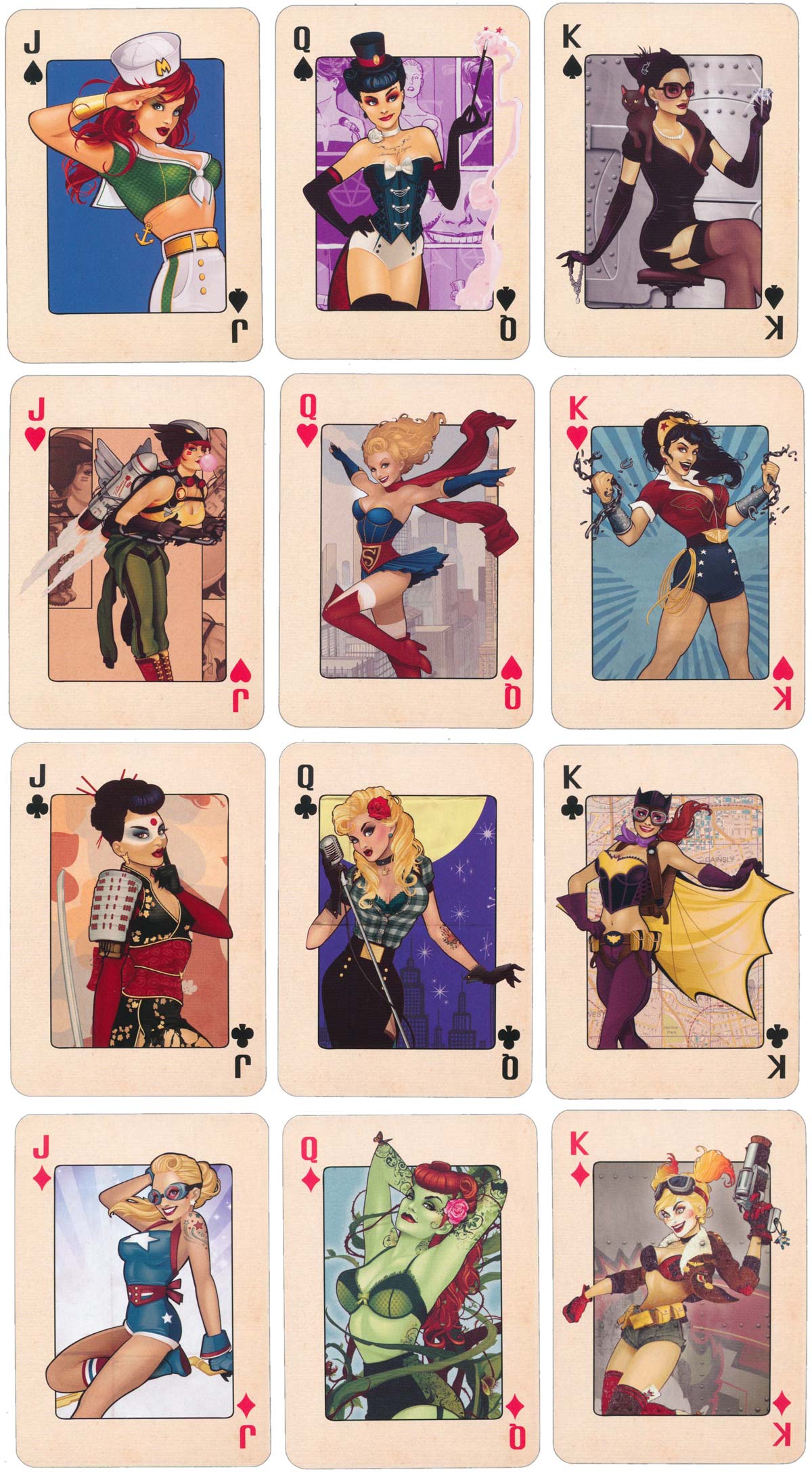