In 2011 Marks and Spencer released a commemorative deck of cards celebrating 40 years of the ‘Mr Men and Little Miss’ characters by Roger Hargreaves. The cards, made in China, come in a tin and feature different characters on the aces, courts and jokers. Pip Cards were left plain (though funky). 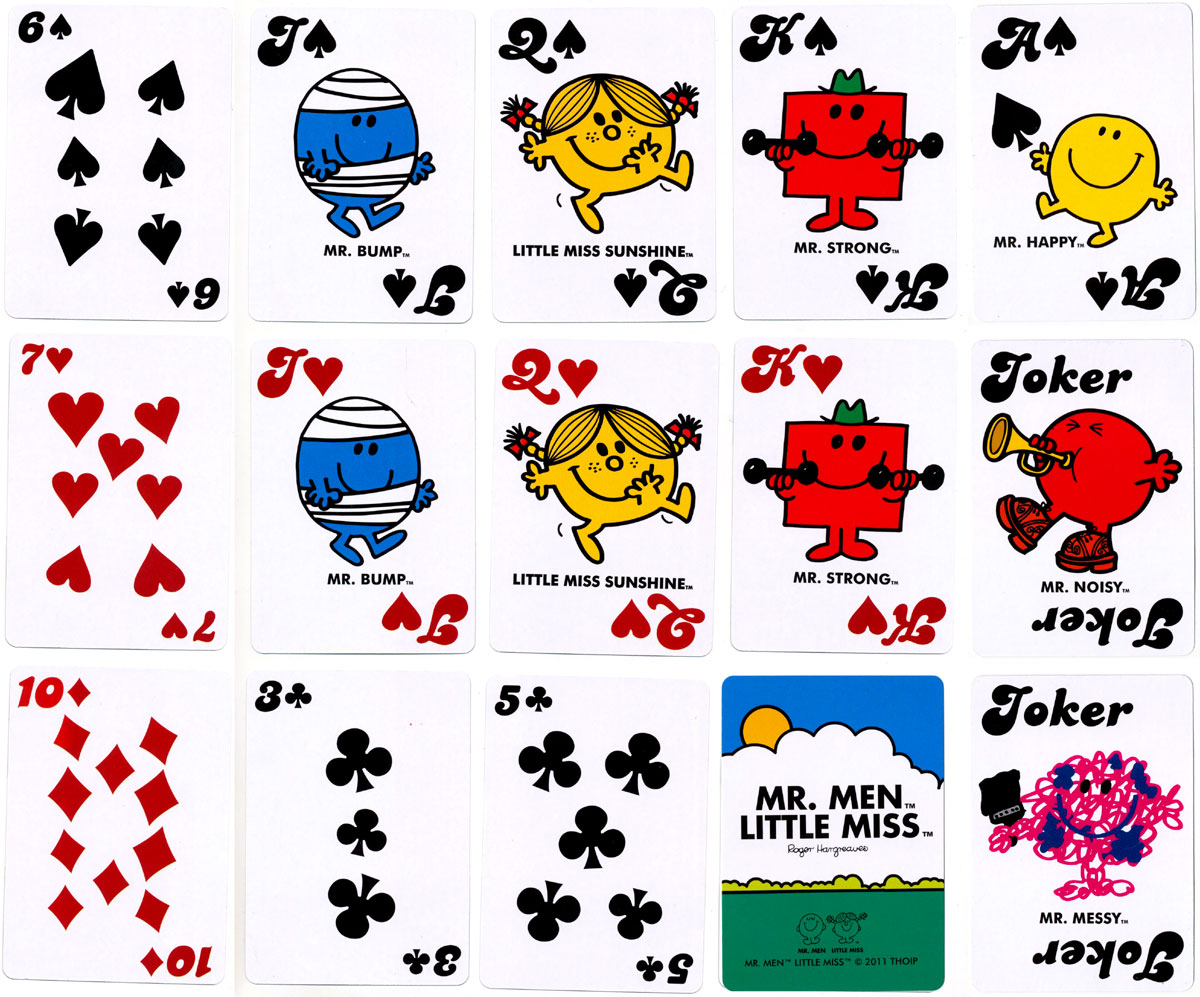 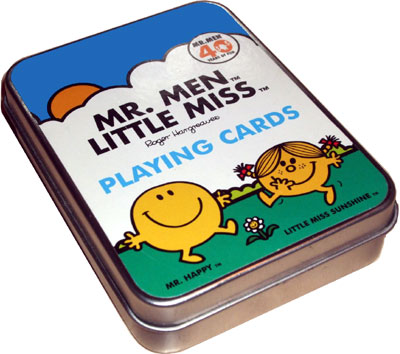 Mr. Men is a series of 49 children’s books by British author Roger Hargreaves commencing in 1971   more →