This set of “The Muppet Show” playing cards was made by German company ASS Altenburger in 1978. The Muppet Show characters were created by puppeteer Jim Henson, starring Kermit the Frog, Miss Piggy and Fozzie Bear. The popular TV series featured absurd comedy and parody  more → 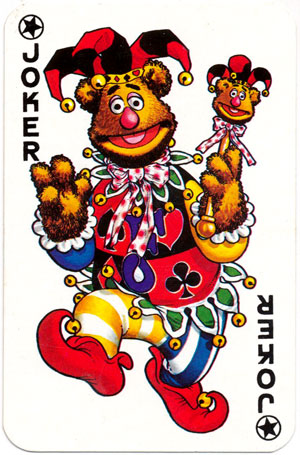 Above: “The Muppet Show” playing cards made in Germany by Altenburg-Stralsunder, 1978. Muppet characters ©Henson Associates Inc. 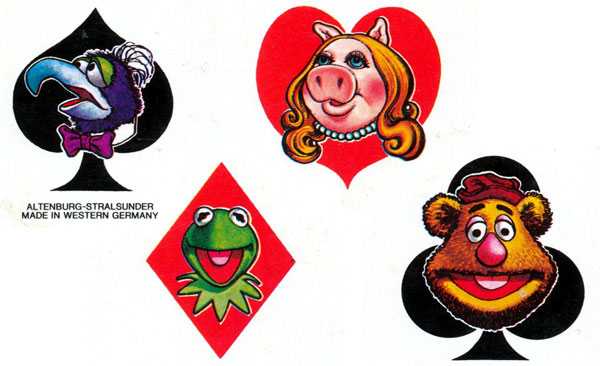