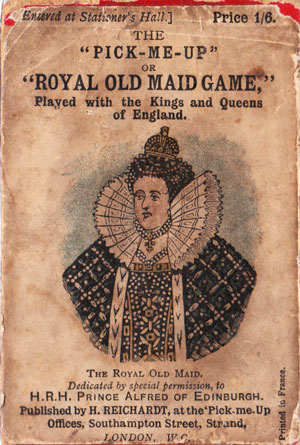 A fascinating stroll through English history features all the kings and queens from William the Conqueror to Queen Victoria, along with their spouses or consorts. It is intriguing to see how alliances between royal families of different nations influenced historical events.

The game is dedicated by special permission to HRH Prince Alfred of Edinburgh. This gives us a clue to when it was published because Prince Alfred (the second son of Queen Victoria and Prince Albert) was heir to the Dukedom of Saxe-Coburg Gotha. His title changed in 1893 from Alfred of Edinburgh when he became the Duke. This means that the game must have been published before 1893 but after 1878 the last date mentioned on the cards. “Pick-Me-Up” magazine only began in 1888 so this pins the date down even closer. The publication date must be between 1888 and 1893 which is pretty close for practical purposes and it’s unusual to be able to get this precise with card games.   (click box to zoom)→

“Pick-Me-Up” was a weekly glossy magazine published between 1888 and 1909 and described itself as “A literary and artistic tonic for the mind.” It was a competitor for Punch magazine which was well established by then but never reached anything like the same circulation figures. 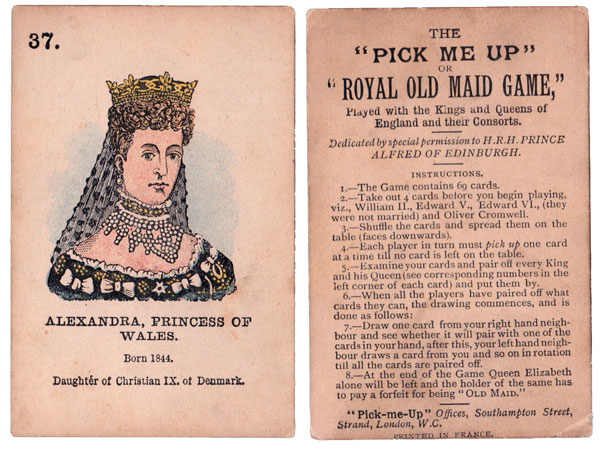 As can be seen from the rule card (right) the game contains a total of 69 cards and is played like ordinary “Old Maid”. The unmarried monarchs are removed from the pack before playing, with the exception of Queen Elizabeth, who becomes the “Old Maid” in the game. 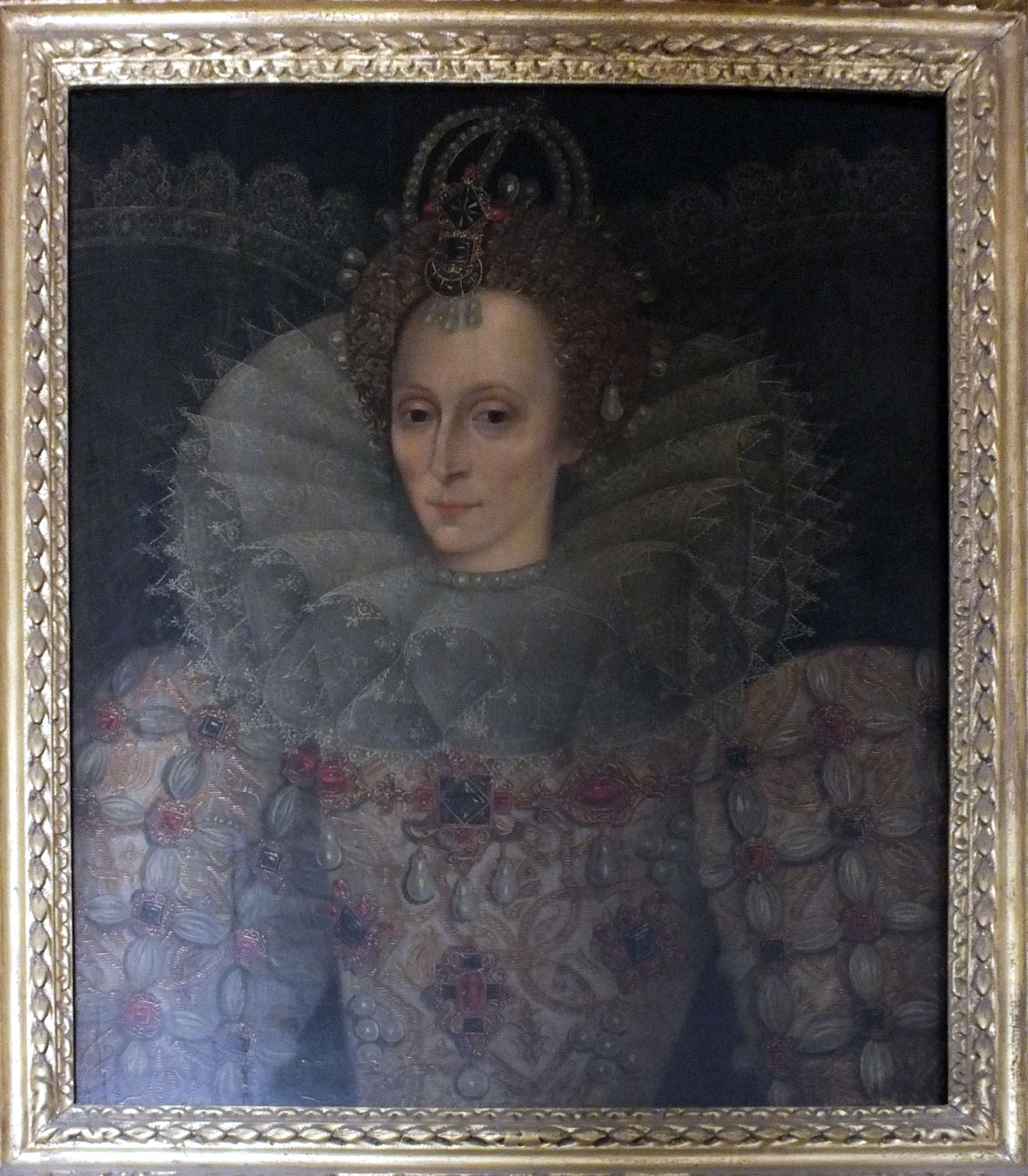