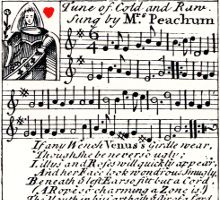 The Beggars’ Opera Playing Cards were first published in 1728. The cards carry the lyrics and music of the songs from John Gay’s opera, which was intended as a parody of current Italian works. The music was taken from many popular tunes of the day, mostly English and Scottish, even some French, and chosen and arranged by John Christopher Pepusch, a German who had settled in England and who was a composer as well as an adapter of stage musical works. The cards were engraved and printed from copper plates, with the red suit symbols being applied later by stencil. The court cards contain interesting miniature versions of the standard full-length figures used on playing cards at the time. 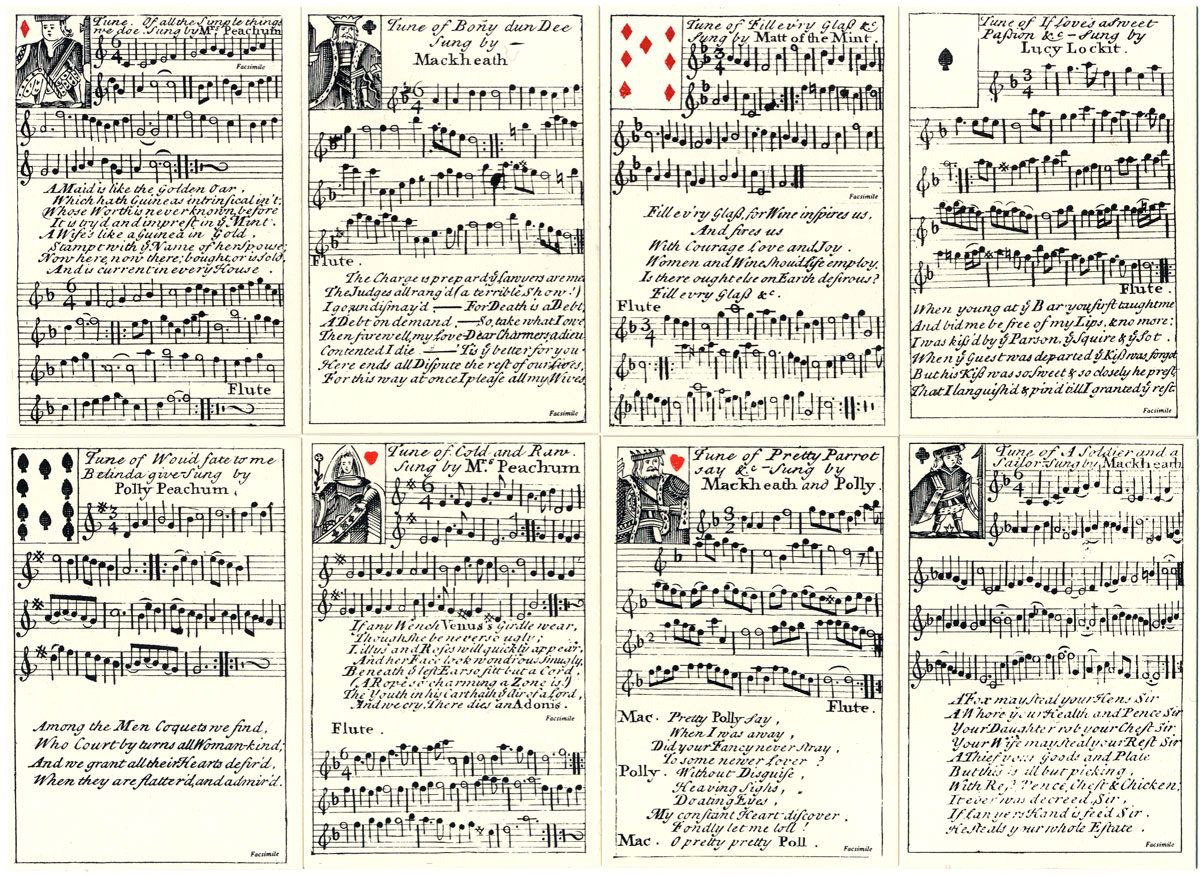 Above: the Beggars’ Opera pack of playing cards was first published in 1728, the year of the first production of the opera, by John Bowles, a member of the famous London family of mapmakers and printsellers. "The Beggar’s Opera" is so called because it opens with a dialogue between a ragged beggar, who claims to be the author, and one of the actors. The beggar does not return until the final scene, but meantime the stage is taken over by the more familiar, even notorious characters, whose names are still household words. A facsimile of the pack is part of a range published by Harry Margary. Cards from the facsimile edition courtesy Giles de Margary. Packs can be ordered directly from www.harrymargary.com

Nine of Clubs: A Nine of Clubs was preserved at Strawberry Hill as a curious musical memento. The poet Gay had inscribed upon it a couplet from the Beggar’s Opera and given it, signed, to a lady as a souvenir.