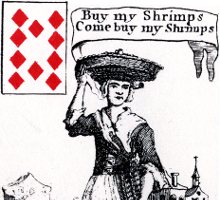 John Kirk’s Cries of London Playing Cards were first published in around 1754. Criers earned their living by walking the streets, selling their wares or providing services to the community, and drawing attention to their presence by bawling characteristic songs or playing on musical instruments. The practice was universal but has declined in recent times. The cards were printed from copper plates, with the red suit symbols being applied later by stencil. The court cards contain miniature versions of the full-length figures used on playing cards at the time. 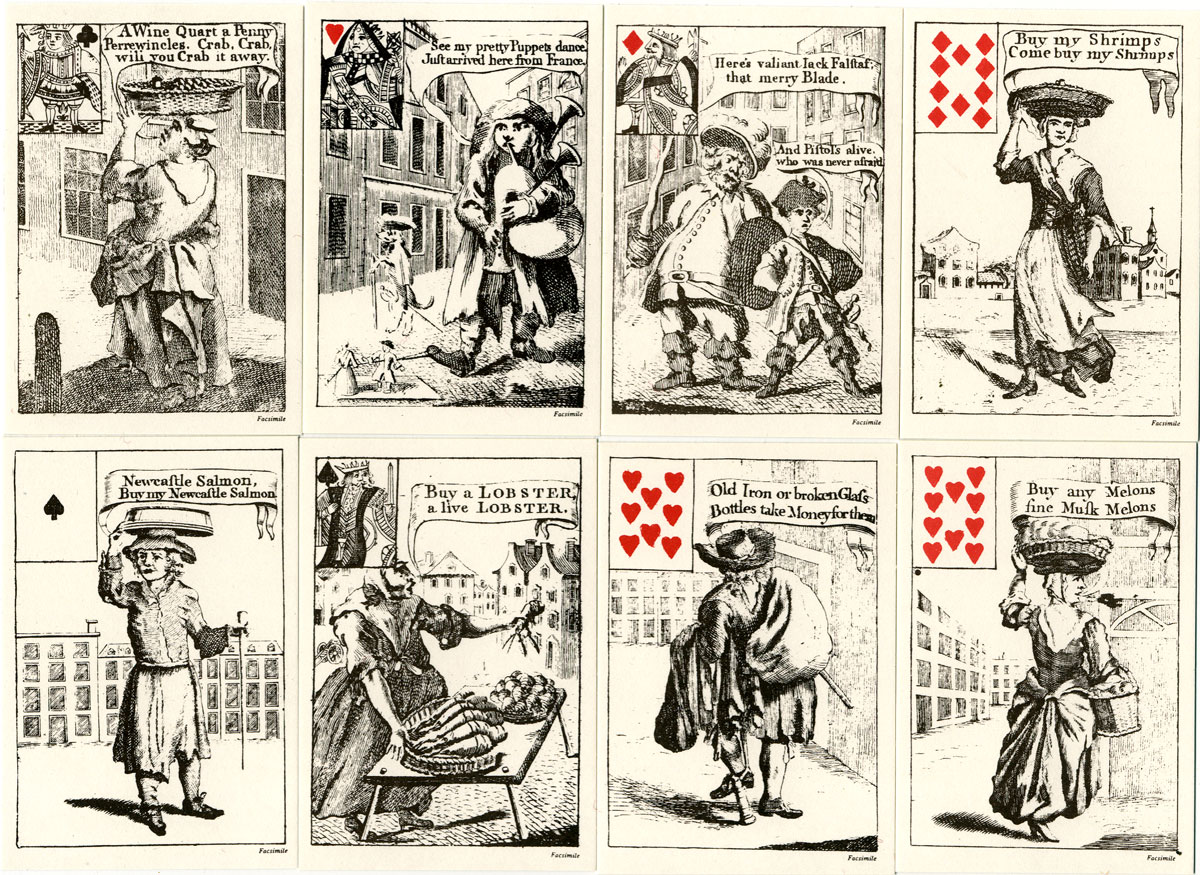 Above: cards from a facsimile edition courtesy Giles de Margary. Packs can be ordered directly from www.harrymargary.com