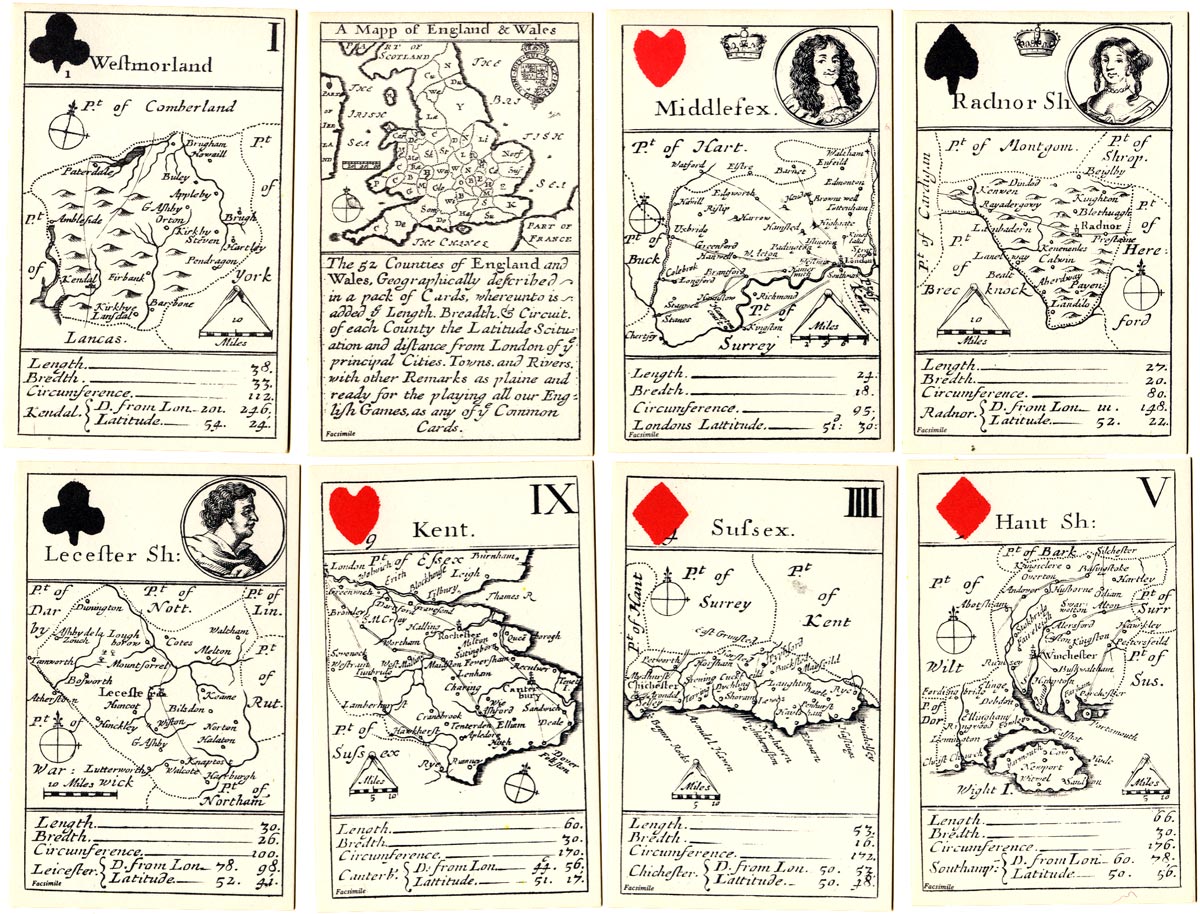 he 52 Counties of England and Wales described as a pack of cards, containing a wealth of information about principal towns, roads, distances from London, hills and rivers, first published in London in 1676, might be regarded as the first pocket atlas.

The King depicted is Charles II and the Queen, his wife, Catherine of Braganza. The cards were printed from copper plates, with the suit symbols being applied later by stencil. In some cards the stencilled suit mark has obliterated the Arabic numeral which represents the value of the card.   See also: Transformation Cards.

Cards from the facsimile edition courtesy Giles de Margary.
Packs can be ordered directly from www.harrymargary.com