Picture Rummy by R. Turner Ltd, Stoke Newington, London, 1937. The game was invented by David Whitelaw, who also invented Lexicon. There were 2 editions of the game each having 2 different sets of pictures and different ‘Joka’ designs. The 1st editions have red patterned backs and mottled red boxes, the 2nd editions having blue patterned backs and one box plain red and the other green. This means there are 4 different games to be found and only a couple of the pictures are duplicated. See the Rules► 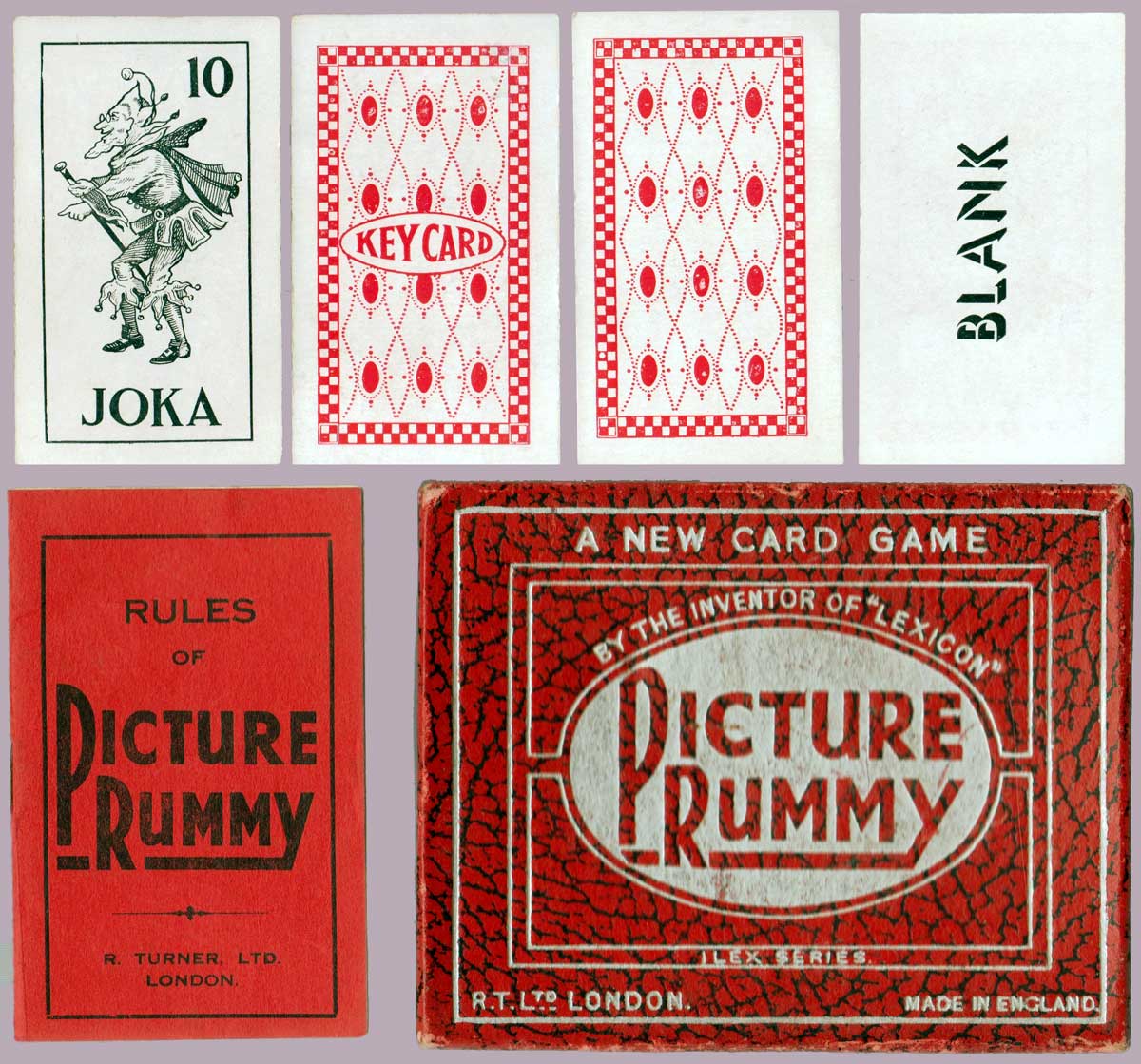 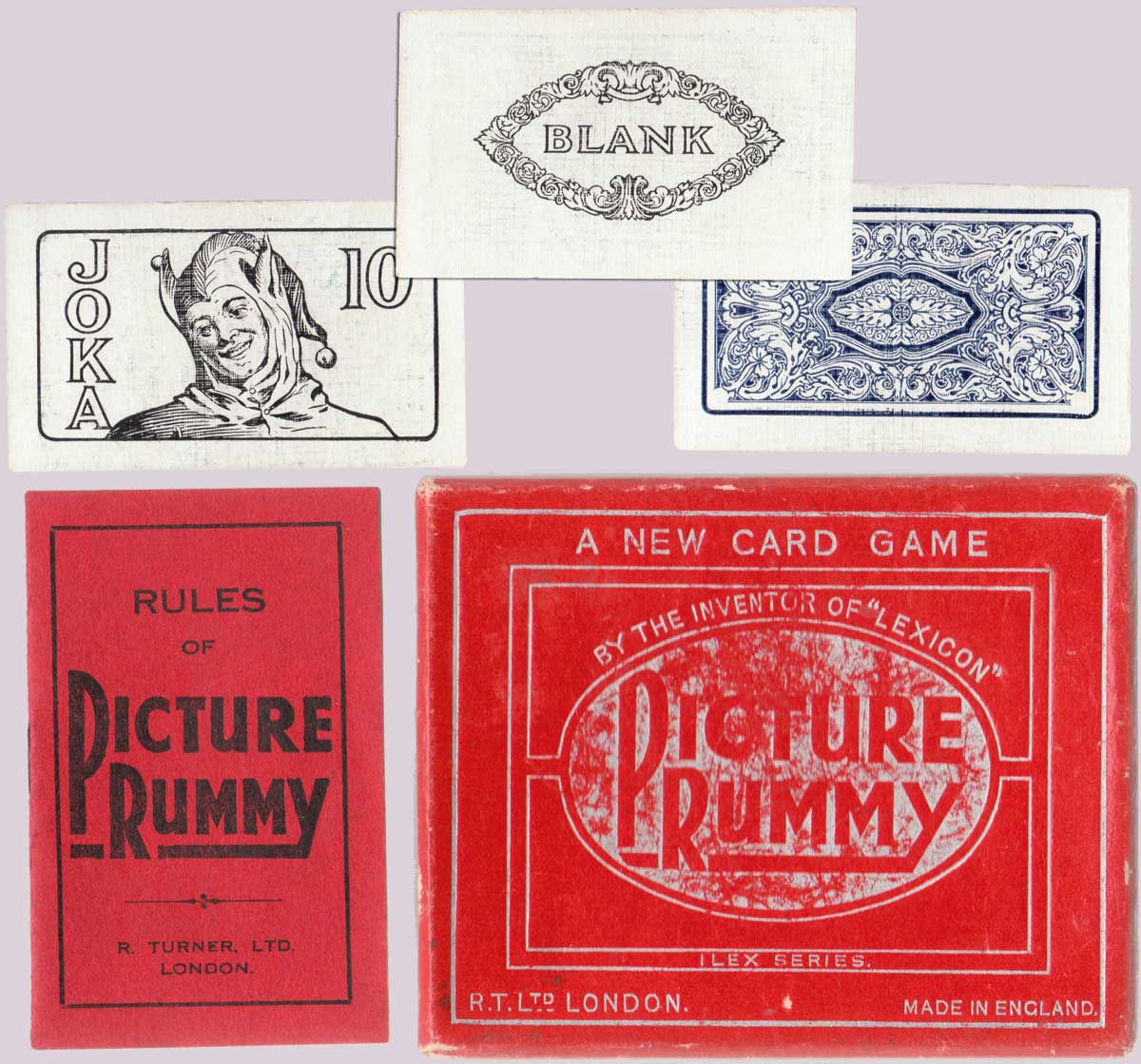 Above: box and cards from 2nd edition, having blue patterned backs and plain red or green box.

Each set, from whichever edition, contains 4 pictures like the ones shown below.

R. Turner Ltd was a maker of many board games in the “Ilex” series.