Porterprint Ltd was a printing business based in Leeds (UK) which manufactured playing cards during the period c.1930-c.1980. Porterprint was also known as Jarvis Porter Ltd and the name was normally printed around the top of the Ace of Spades and on the quality control card. A wide variety of advertising cards for household brands, including Butlin's Holidays and many breweries were produced, as well as card games such as “Ba-Kar-ee”, “Kan-U-Go”, a crossword game, and “Top Dividend”, based on forecasting football results. The firm ceased manufacturing playing cards in around 1980.

Above: Porterprint produced standard advertising packs for household products, including a range of colourful backs for Butlin's, various breweries and other firms. 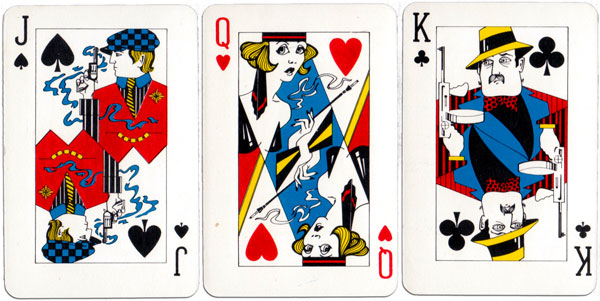 Above: advertising pack for Delta Capilliary Products, 1974, with customised court cards. The same designs are repeated in each suit (click image to see more). 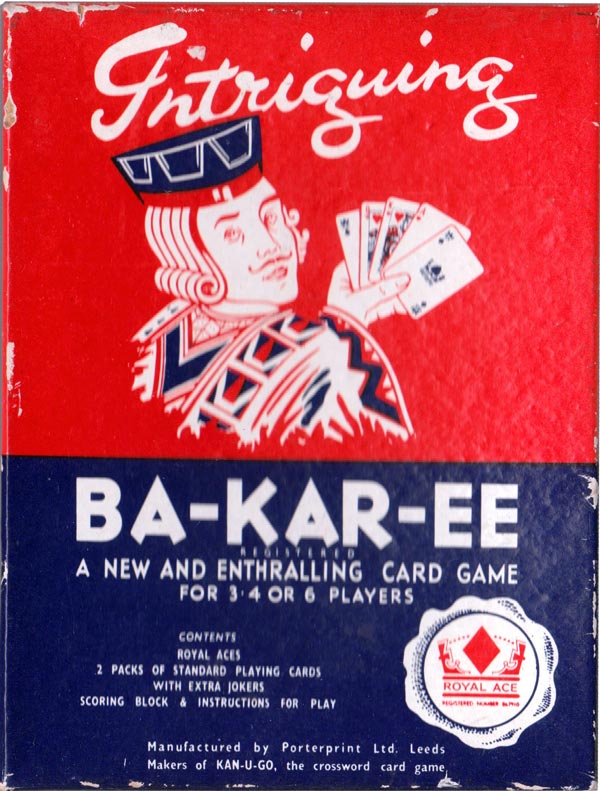 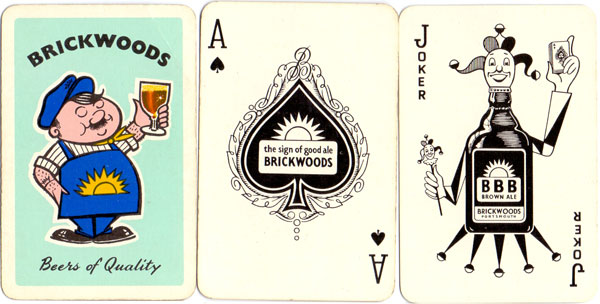 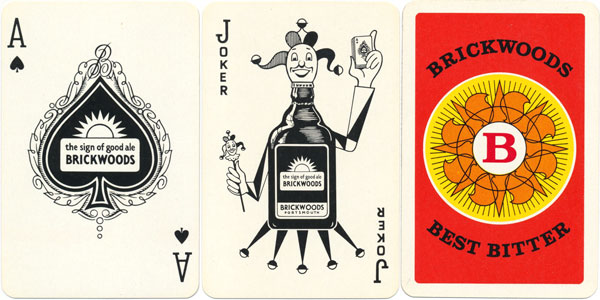 Above: advertising pack for Brickwoods, The Portsmouth Brewery, c.1960-70. The pack contains a customised Ace of Spades and Jokers (click image to see more). 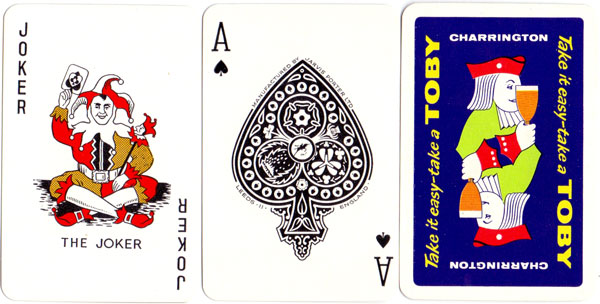 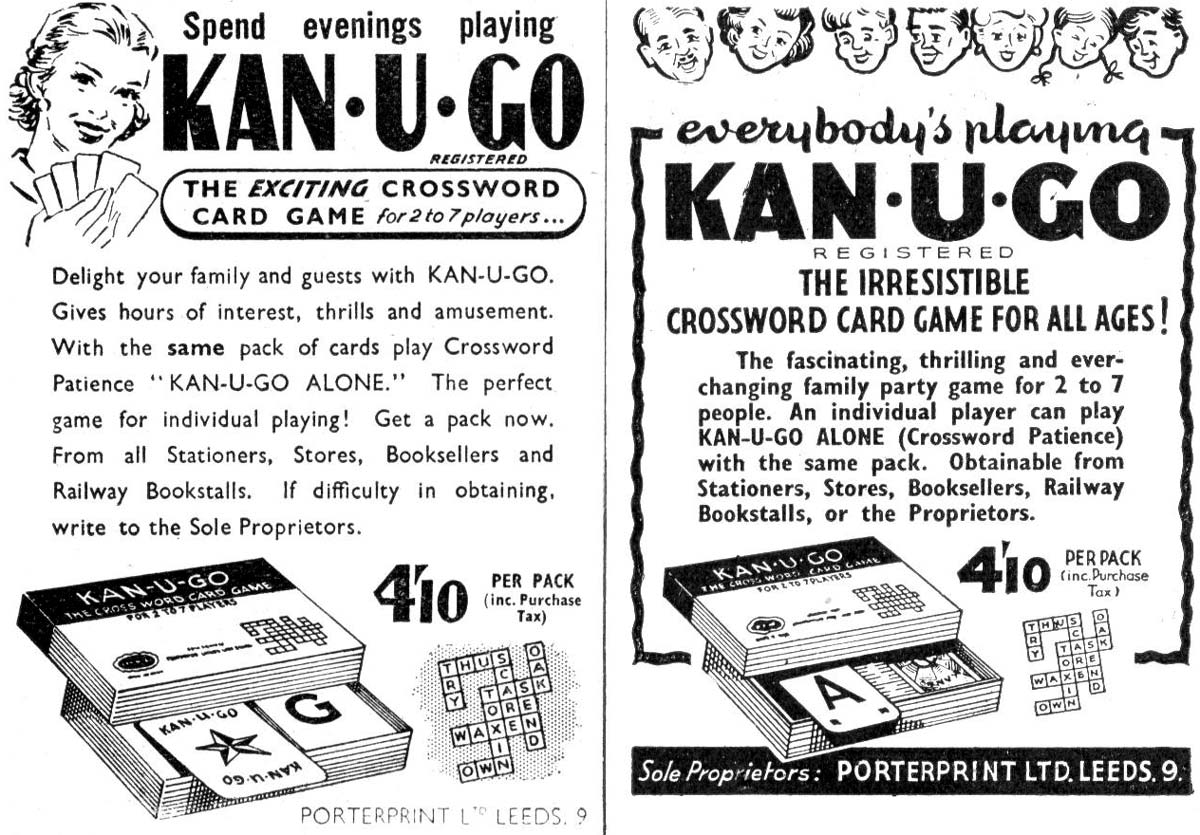 Above: best known for their crossword game Kan-U-Go which reached over a dozen different editions, with padded or coloured boxes, changes in the company name from T.G. Porter to Porterprint to Jarvis Porter Ltd and various rule books and sizes of cards. They even produced a version with letters depicted in sign language. The original copyright date for Kan-U-Go is September 10th, 1934. Early editions were distributed by L.G. Sloan. Jarvis Porter Ltd subsequently passed Kan-U-Go to Waddington's Games Ltd. 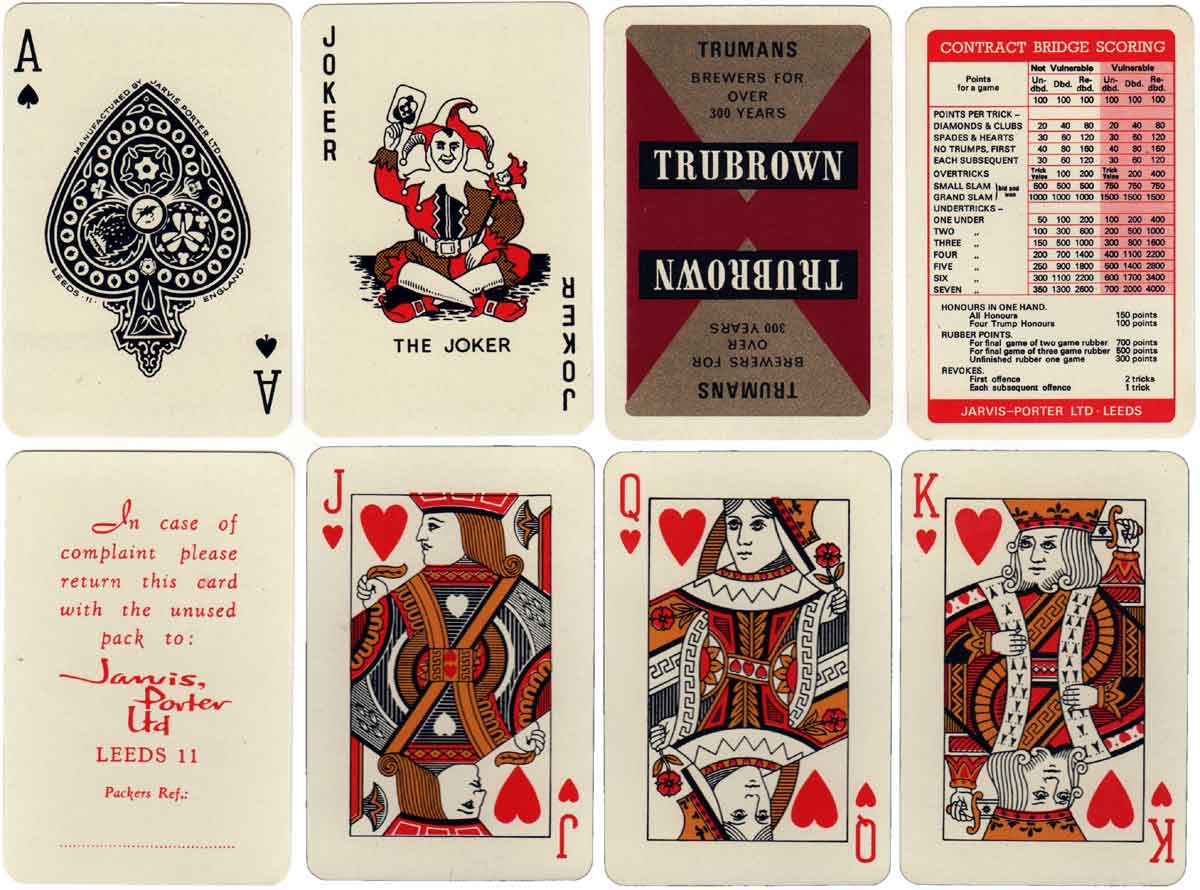 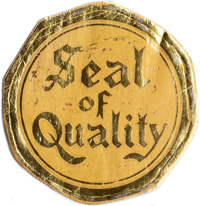 Above: Porterprint's standard court cards are usually printed in red, yellow and black. However, some earlier examples were printed with blue, red, yellow and black for the firm Andersons of Edinburgh in c.1930 or before. The cards look as though they were originally made by Andersons and then production re-located to Leeds as Porterprint after WWII. An unusual pack by Andersons is wide-sized with a Goodall bicycle wheel back in a Goodall Colonials box! Jarvis Porter also produced some special packs for magicians, with diagonally divided cards showing a different card at each end. Jarvis Porter sold its playing card interests in c.1980 and pulled out of printing in 2002.

Images of the Kan-U-Go advertisements, the Delta Capilliary Products and Ba-Kar-ee packs from the collection of Rex Pitts.