Whot comes from the days when friends and family played indoor games by the fireside, enjoying hours of pleasure in each other’s company. The game was invented by William Henry Storey in 1935. It was first marketed by W. H. Storey & Co of Croydon but was soon acquired by Waddingtons. 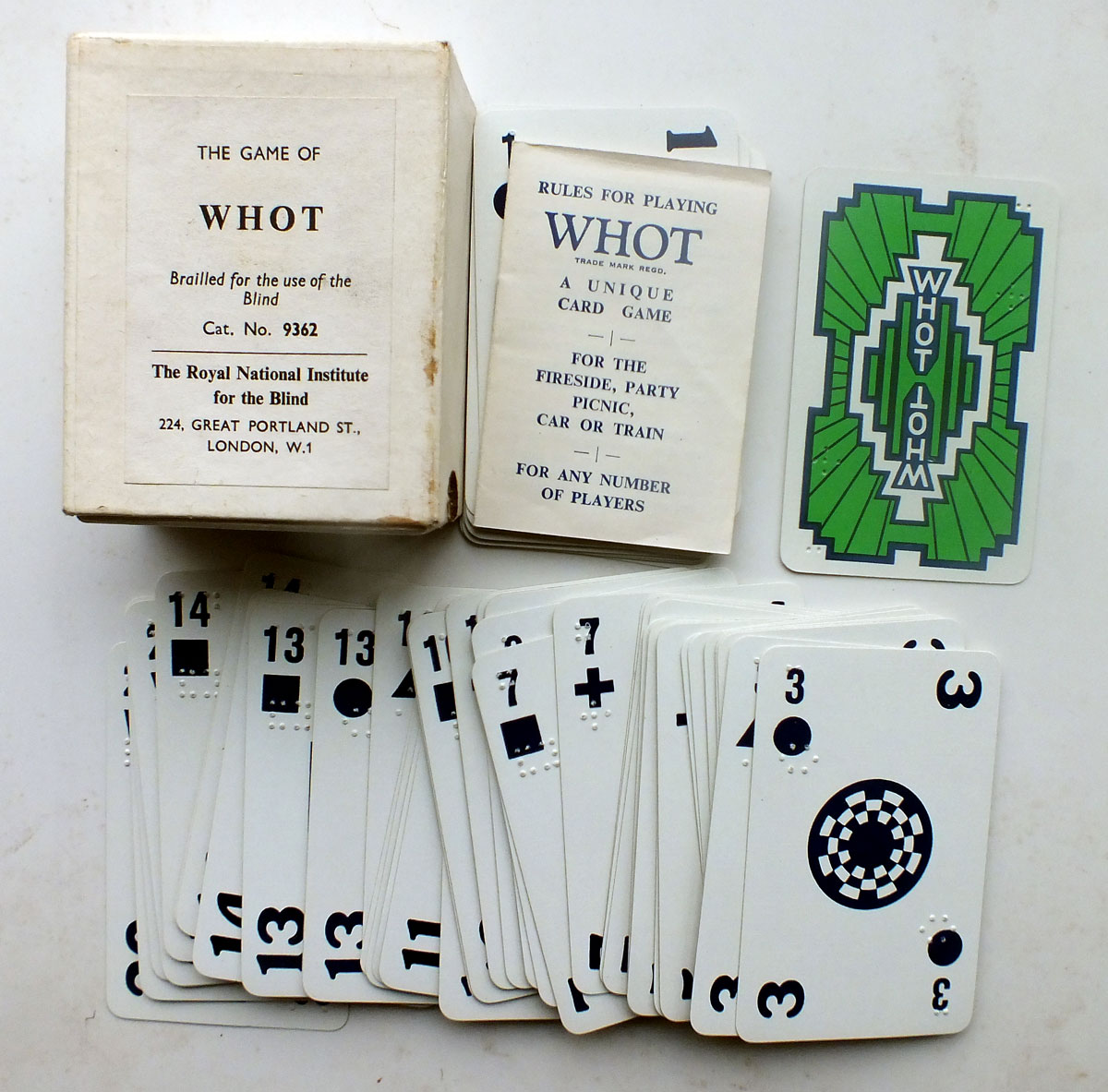 Above: Whot card game manufactured by John Waddington Ltd for the Royal National Institute for the Blind. Each card is embossed with its Braille representation. Unfortunately, the embossing goes right through the cards so that a sighted person can read the back of each card like any other marked pack. Not much use for a blind person playing cards with the sighted! Whot was popular in Britain in the 1950s and 60s and Waddingtons continued to sell it until the 1990s. It is distributed today by Winning Moves UK.