Described on the box as a “new card game, a riot of fun, a million laughs,” Bobs y’r Uncle is a nursery rhyme game designed by Frank H. Simpson for John Waddington Ltd. in 1935. The game is clearly designed with children in mind. The cards have scenes from nursery rhymes and six cards are needed to make up each rhyme in a set. Games turned out to become an important part in the progress of Waddingtons, who eventually acquired the rights to Monopoly in the UK, and then published Cluedo, opening the way for their supremacy in the toy industry. 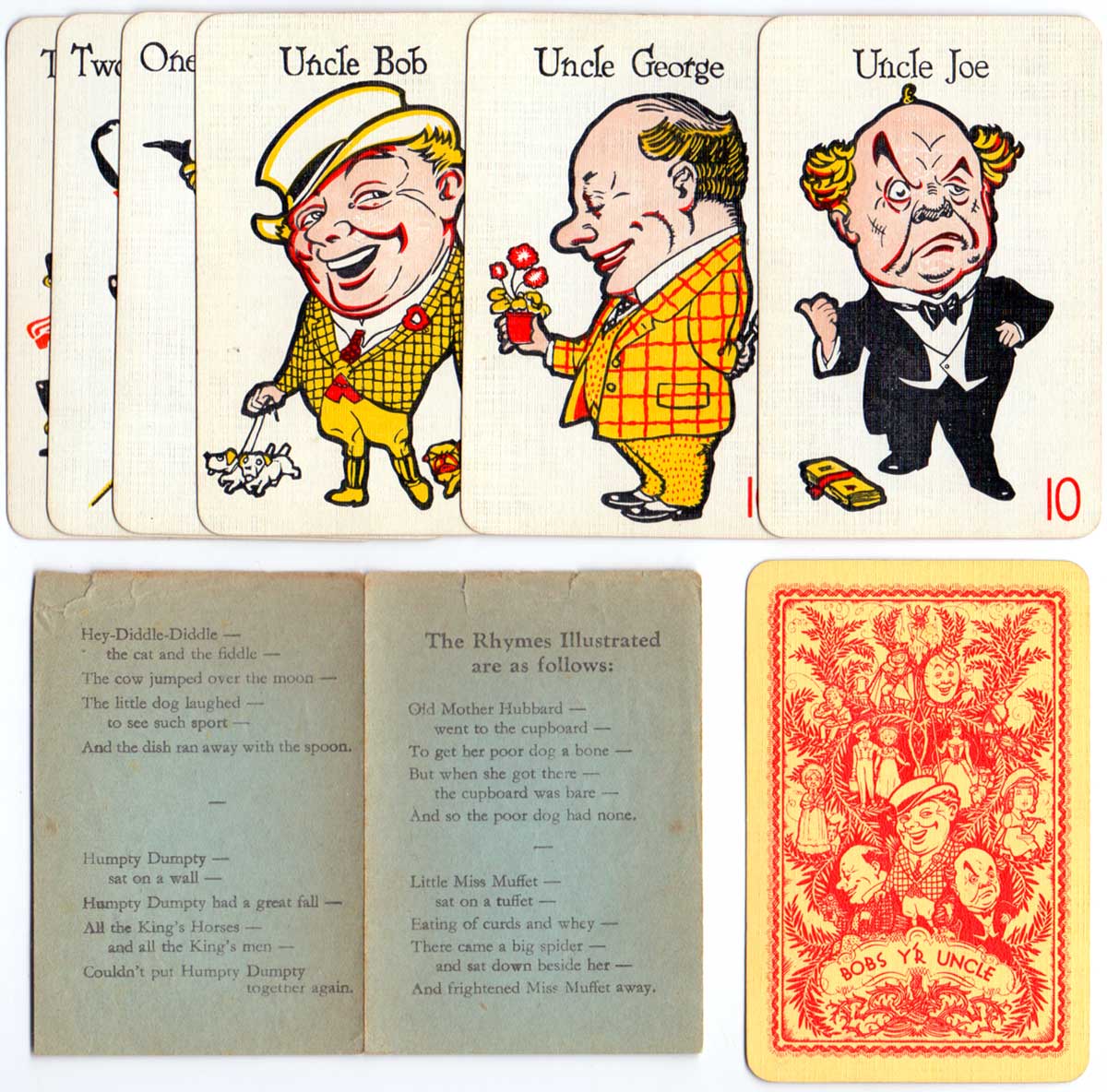 The game was re-published in 1963 with a new box and back design. See the Rules► 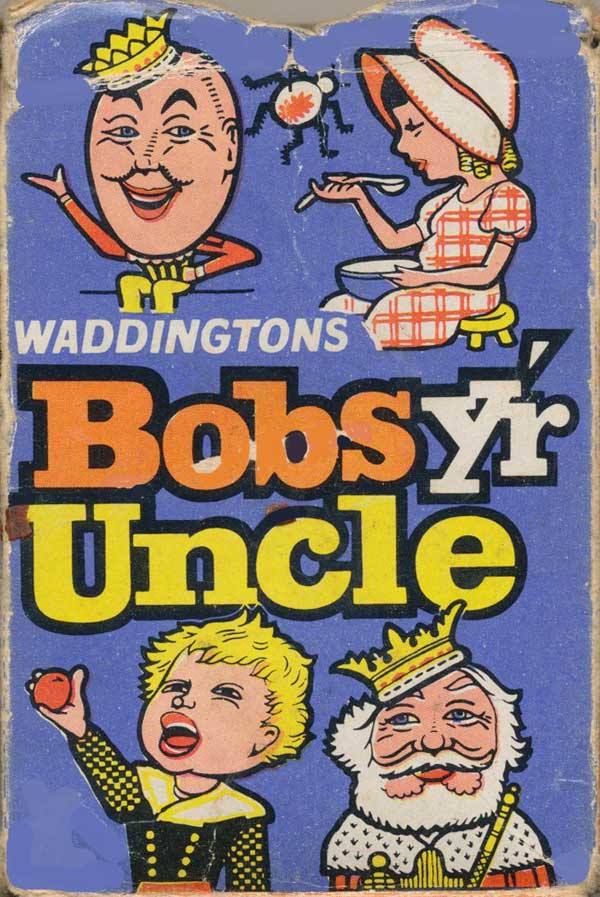 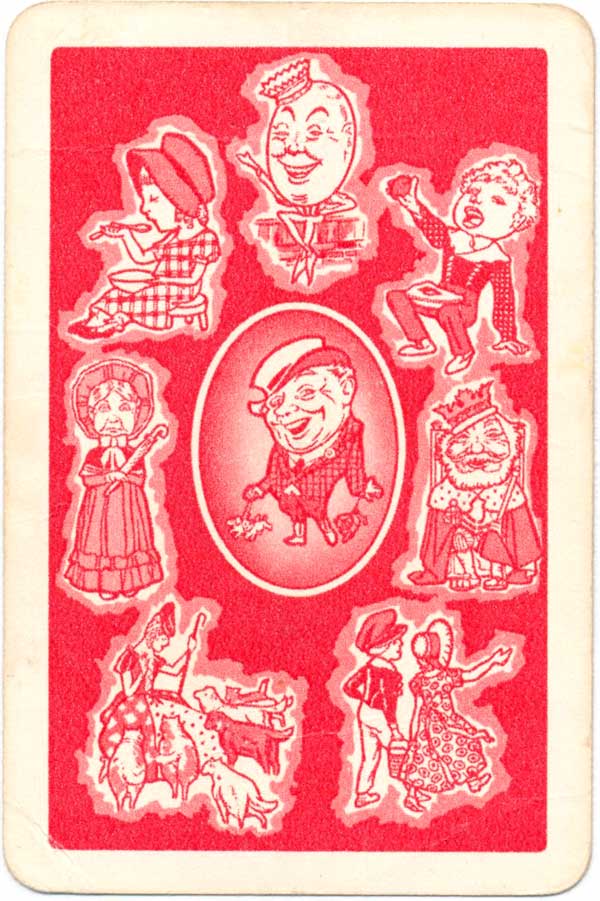 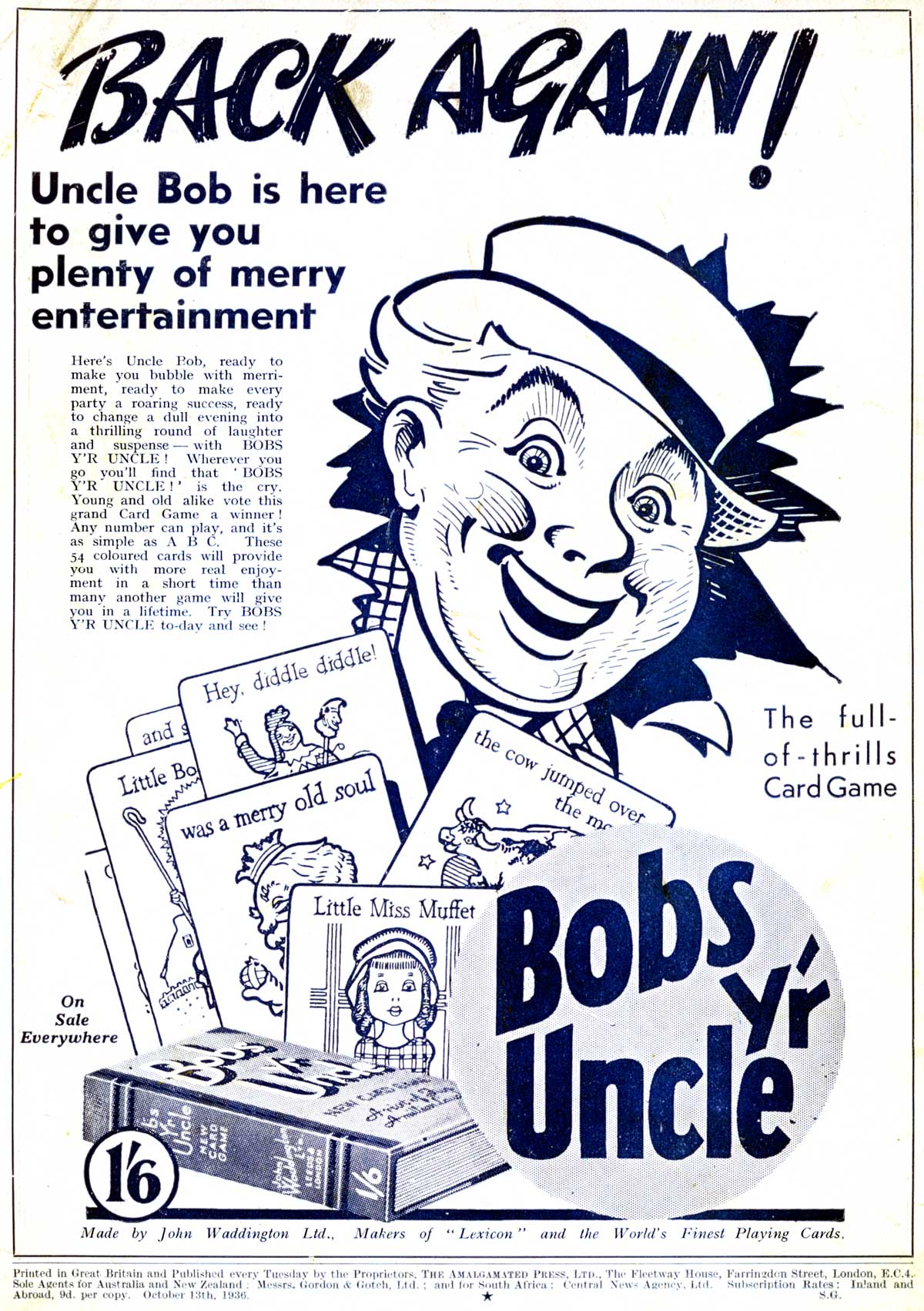