The Game of “Doctor Busby” published by Parker Brothers, Salem, Massachusetts, USA, c.1890. “Dr Busby” is a matching game in which players in turn request cards from the person to their right, trying to complete a set, or ‘family’. The winner is the player who obtains all the complete sets. See the Rules►

The Game of “Doctor Busby” was the first American game to sell successfully. It is believed that it started the whole game craze in the country, beginning in 1843. The game was probably designed by Anne W. Abbott, of Salem, Massachusetts, and was first published by the W. and S.B. Ives Company in that city. Parker Brothers acquired the copyrignts in 1887 although versions exist by other game publishers of the period, sometimes with alternative spellings. 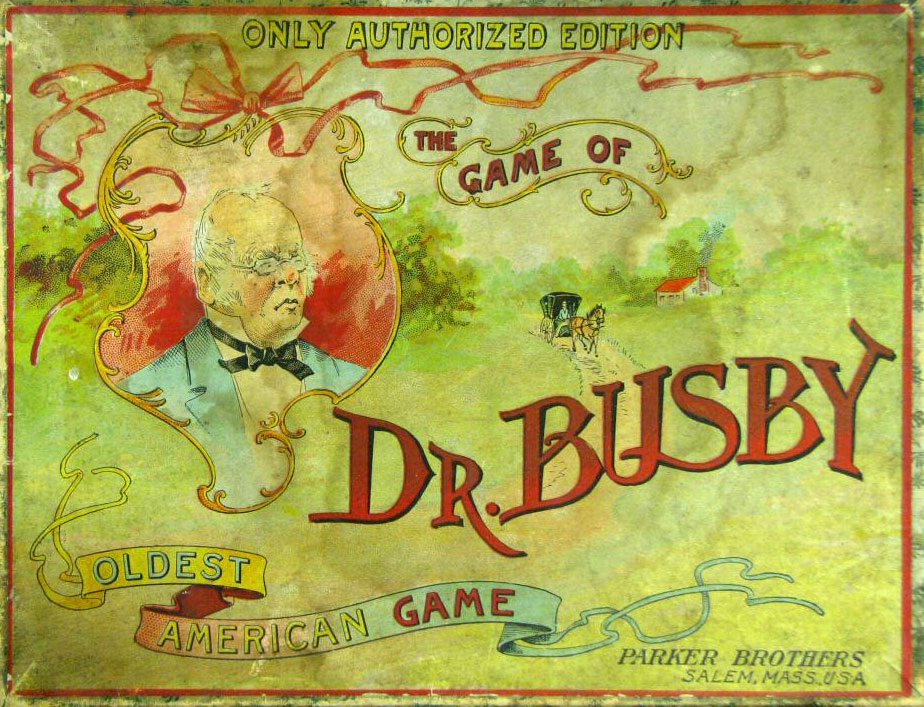