Paw Patrol is a children’s animated adventure series by satellite broadcast channel Nickelodeon, depicting a group of rescue dogs and a tech-savvy boy named Ryder. The associated playing cards are “jumbo” size (twice the size of ordinary playing cards). Each denomination of card features a different character from the show, with the same image repeated across the suits but with a red or black background depending on the suit. 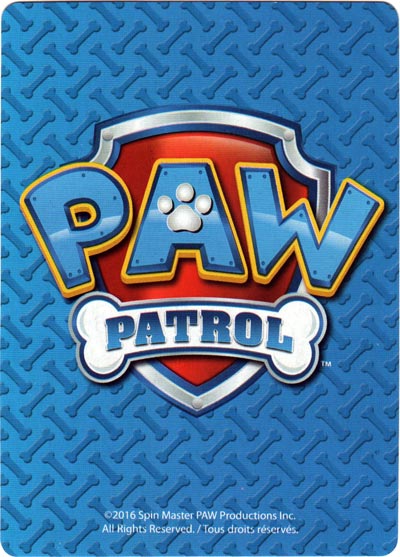 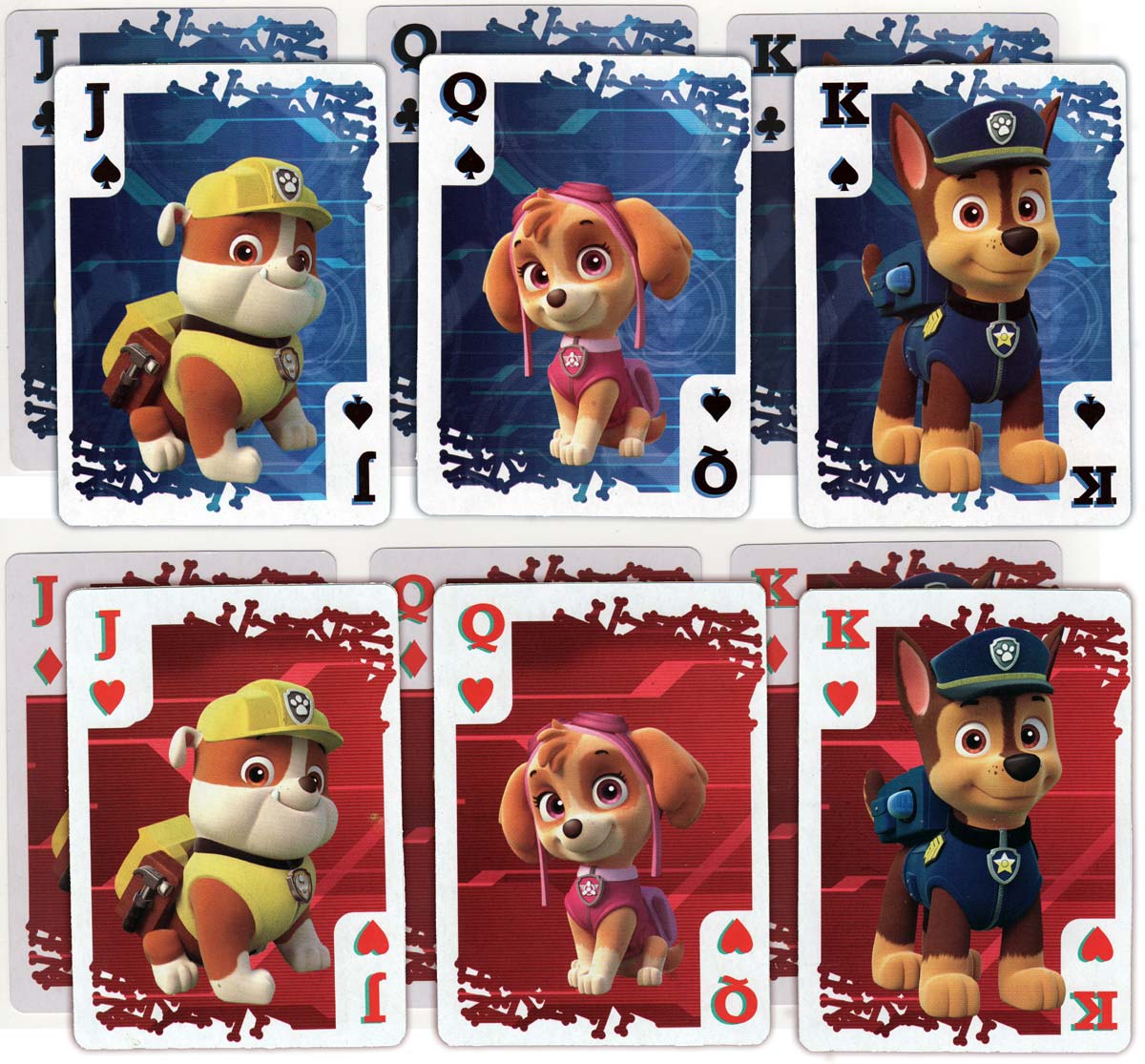