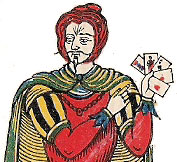 This set was one of Union P. C. Co’s specialties and contained 2 rolls of small poker chips to play on trains, etc. The ace of spades has the initials U.P.C.Co in the centre. The courts are similar to those used by Russell & Morgan. The Joker is unusual in that it is not denominated as such nor does it carry any marking to indicate that it is a joker and finally, it does not carry any indication of the brand name of the deck or that of the manufacturer. 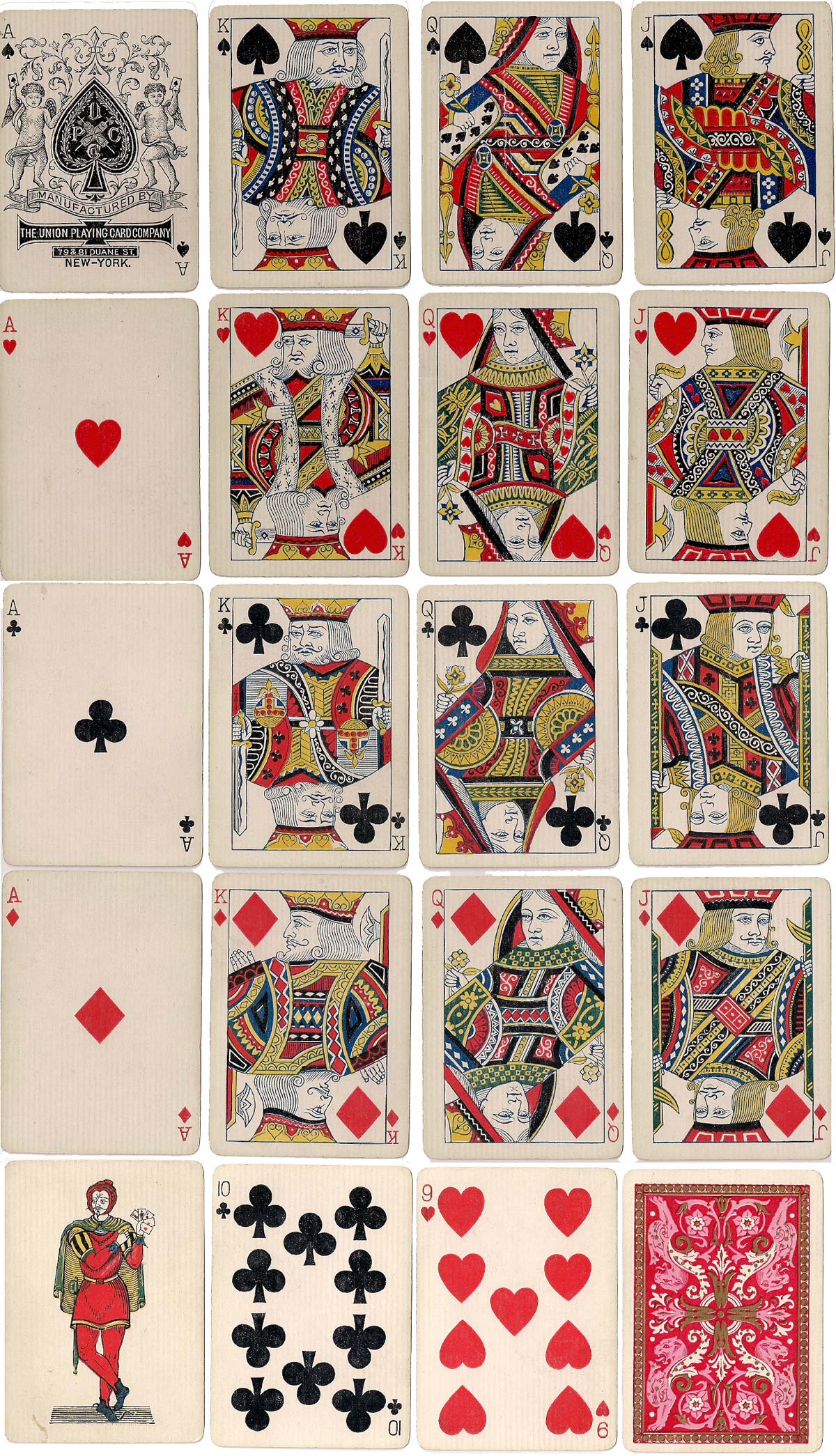 We are grateful to Rod Starling for generously sharing knowledge and images of cards and from his collection.