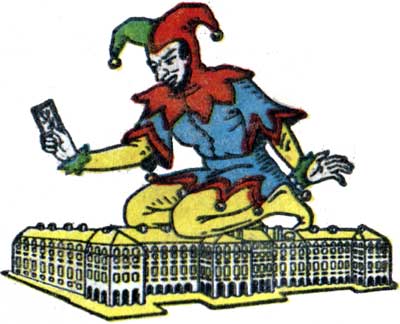 "Naipes Casino" was produced in a Spanish-suited version (40 or 48 cards), plastic coated version, in Anglo-American style and in special gaucho-style editions.

Over the years the company evolved, and changes in the company's name and address can be seen printed on the four of cups which are a helpful, approximate, dating guide.

Above: "Naipes Casino Estilo Español" standard Spanish suited playing cards manufactured by Justo Rodero, c.1955. It is not known when this design was first published by Justo Rodero, but maybe sometime during the 1930s. The logo on the four of cups shows a large four-storey building with clouds just behind coloured in green, red, yellow and blue. The company address is given as Rio de Janeiro 935. The Ace of Coins features a crowned female bust inside a wreath above two cornucopias full of fruit, all resting on a plinth, with flags draped behind. This is the typical version of the Spanish Catalan pattern which is used in South American countries, especially Argentina and Uruguay.

Above: "Naipes Casino"; the details on the four of cups now give the company name as Justo Rodero e Hijos S.R.L. with a capital value of $300,000, the factory address as Rio de Janeiro 935 and an additional address at Avda Angel Gallardo 136/40, Buenos Aires. The logo image is uncoloured. In all other respects the cards are identical to the earlier example. The date of this edition is estimated as c.1960. 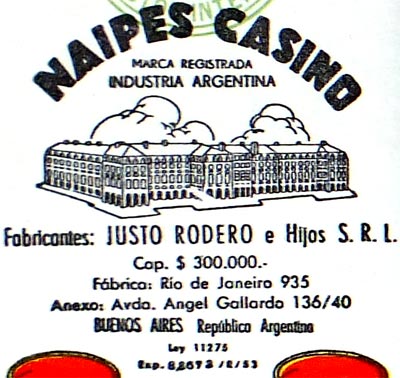 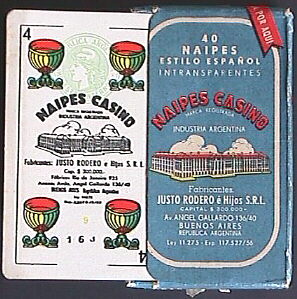 The random numbers printed on the lower part of the fours of cups are manufacturer's control numbers and their exact meaning is unknown, but may be related to accounting of the inland revenue tax.

In around c.1965 the company name changed to Justo Rodero e Hijos S.A.I.C. with the factory address at Rio de Janeiro 935 and the sales office at Avda Fco Beiro 3855/59, Buenos Aires. 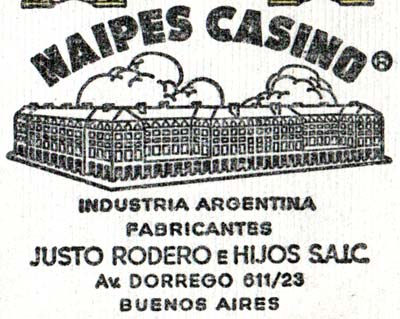 Sometime after this the address changed yet again to Av. Dorrego 611/25.

Editions of Naipes Casino can be found with any of the above company names and addresses inscribed on the four of cups or the box, alongside other brands such as Naipes Brisca, Naipes Casino Celuplastic, Naipes Casino "SideCar" and Naipes Habana. 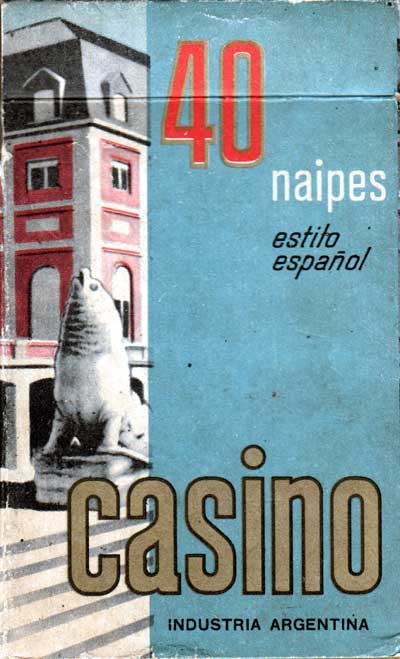 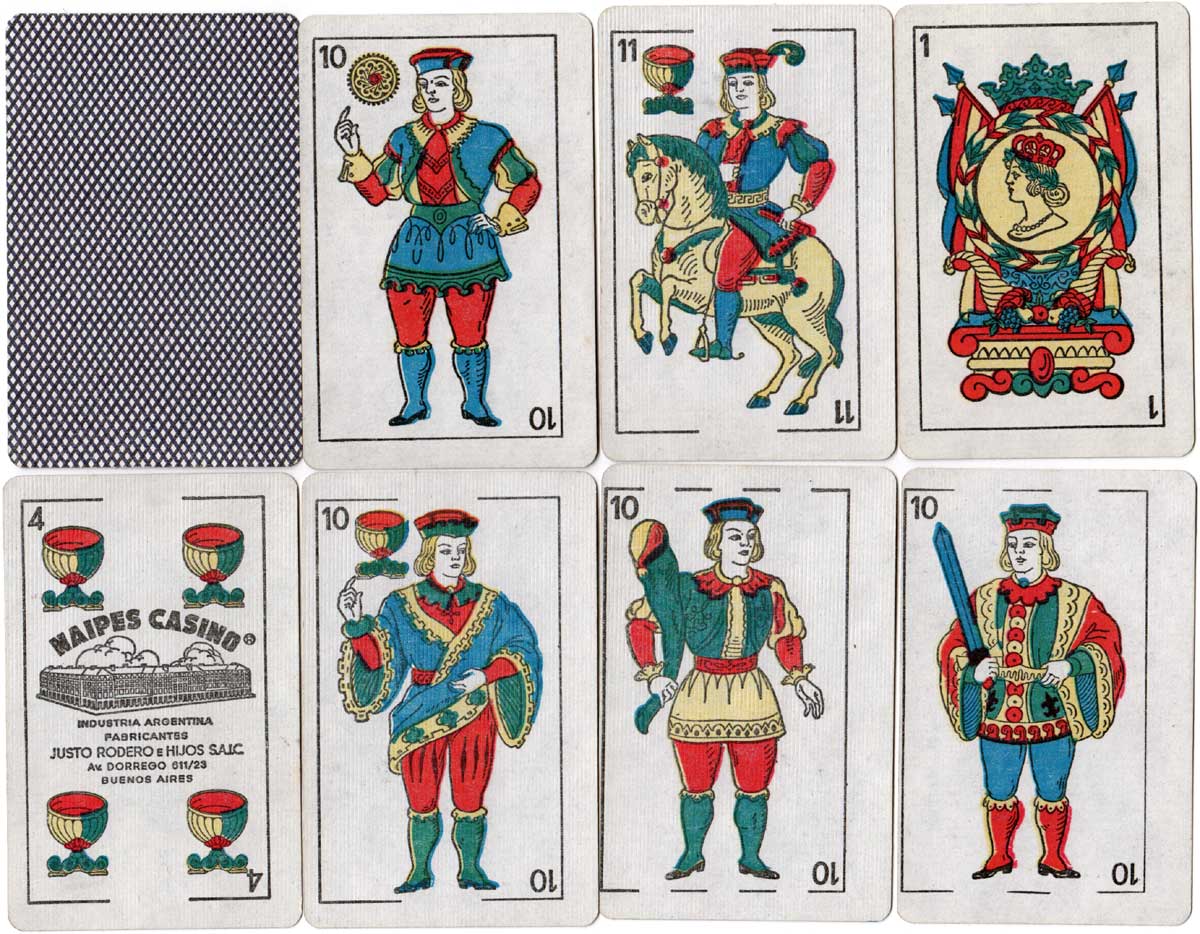 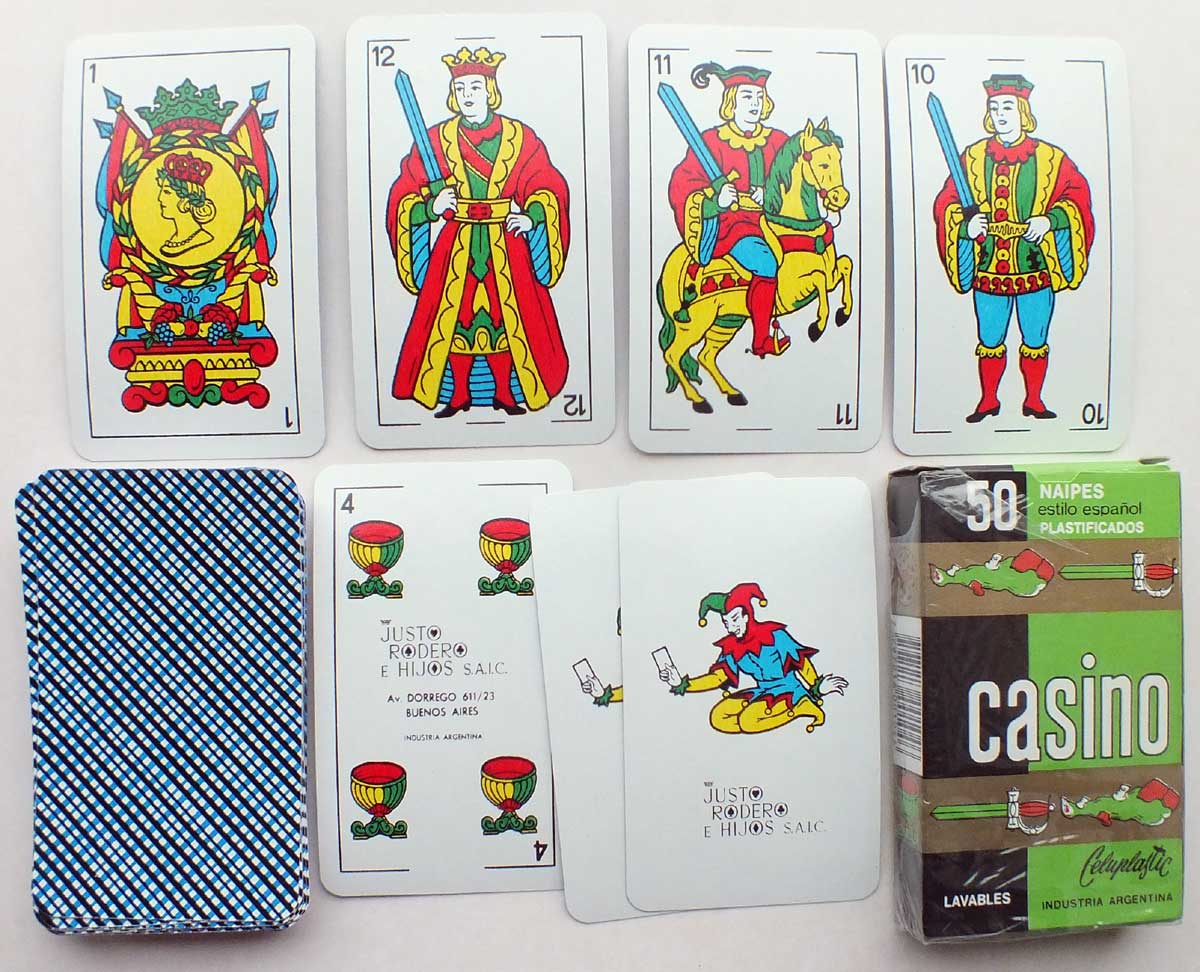 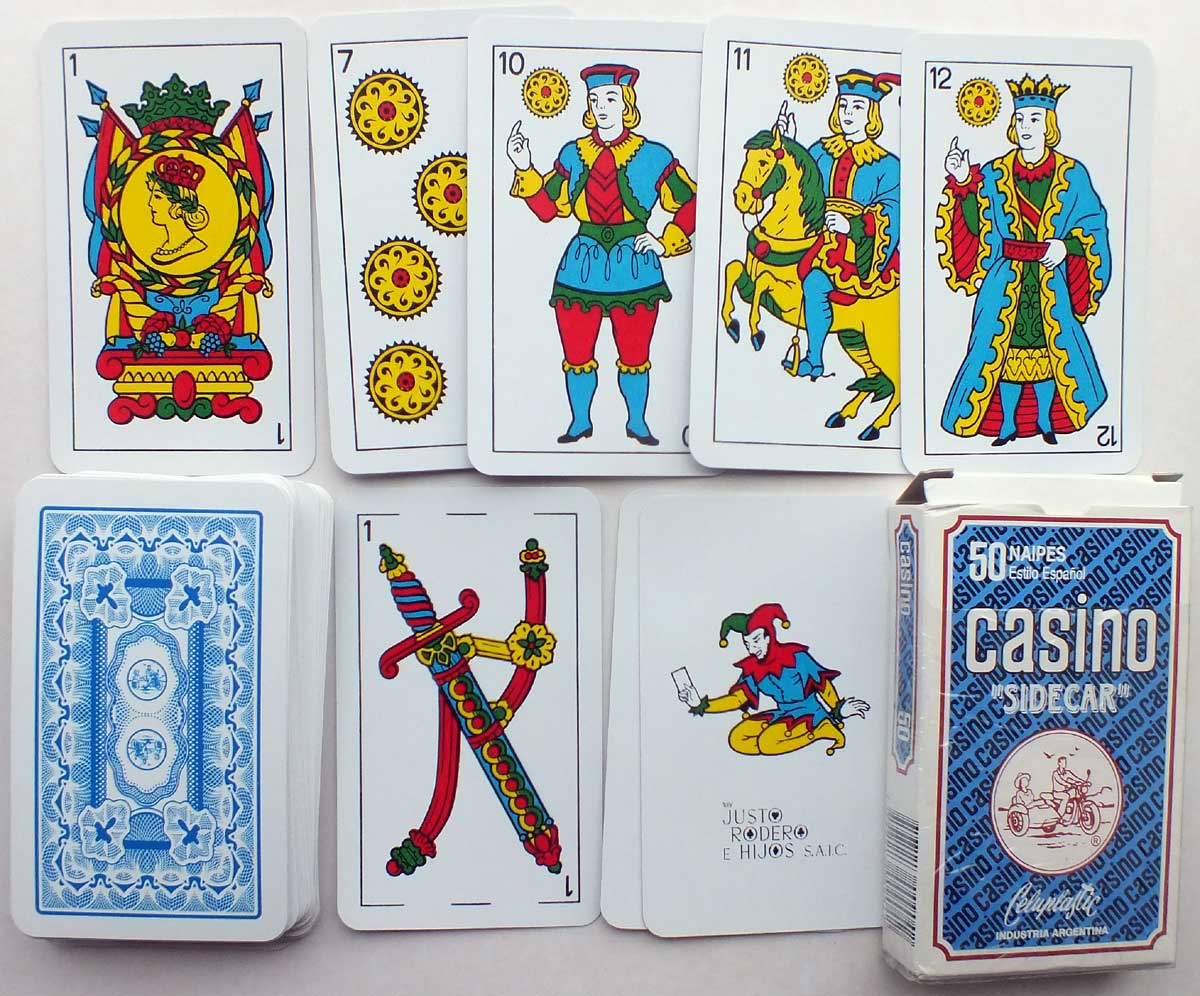