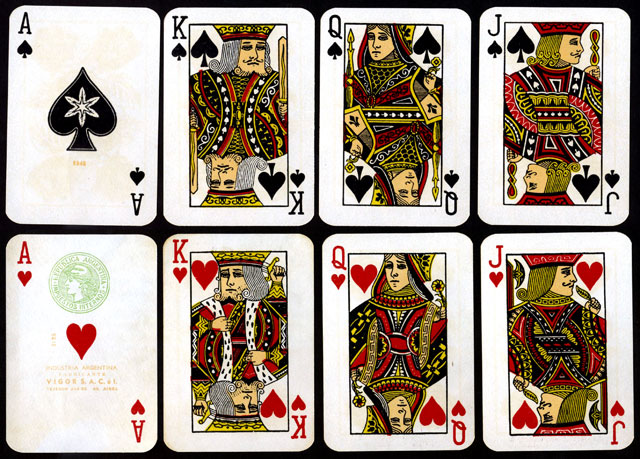 Above: aces of hearts and spades plus six court cards from Naipes 'Las Rosas' by Vigor S.R.L., c.1960. The ace of hearts has a green 'Marianne' tax stamp, which was in use at this time (until 1968). Although the tax band shown below has a 'Mercury' head, new ones with 'Marianne' heads on were being introduced around this time. Click on images to see more.

Below: 1 Peso orange tax band which is wrapped around the sealed pack, inside the box. The tax band reads "Decreto 18,235" which was in force between 1944-1964, the 1 Peso tax being applied to home-produced cards with French (Anglo-American) suit symbols.