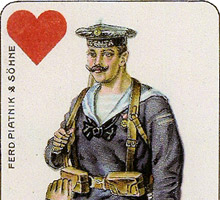 Right: the Jack of Hearts is a sailor →

In 1918 the Austrian manufacturer Ferd. Piatnik & Söhne A.G. published a non-standard propaganda tarock deck, intending to emulate Germany’s success in World War l, titled “Soldaten Tarock No. 217”. Piatnik was known for their magnificent quality of chromo-lithographic printing, and this facsimile, or reprint, is virtually as magnificent as the original edition in depicting details of soldiers' uniforms, life at sea and military history. The trump cards are single-ended whilst the court cards are double-ended. Trump IX is titled “Standing guard at the Adriatic”. Trump XX depicts an air battle over Ferrara in Italy. 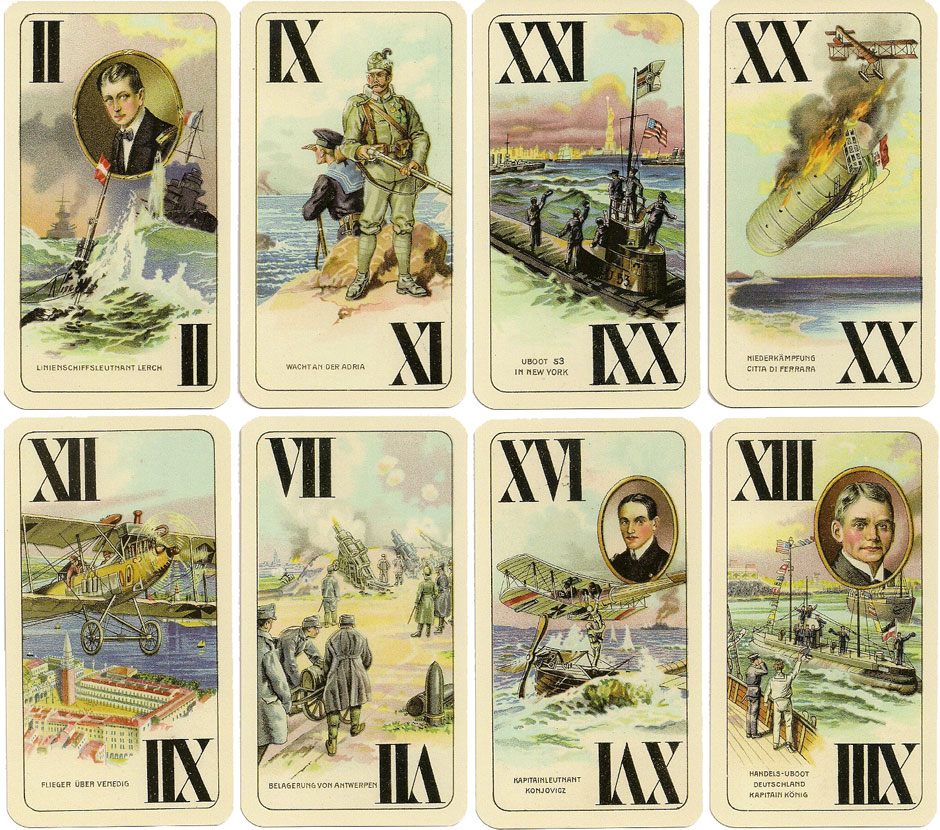 Above: eight full-length trump cards from Piatnik's reprint of “Soldaten Tarock” (1918), which have large Roman numerals at each end. The scenes depicted are from World War I. Trump II shows Line Ship Lieutenant Lerch. Trump XXI pictures a German submarine sailing victoriously into New York Harbour with the German flag flying over the Stars and Stripes (implying that the United States had been invaded)! 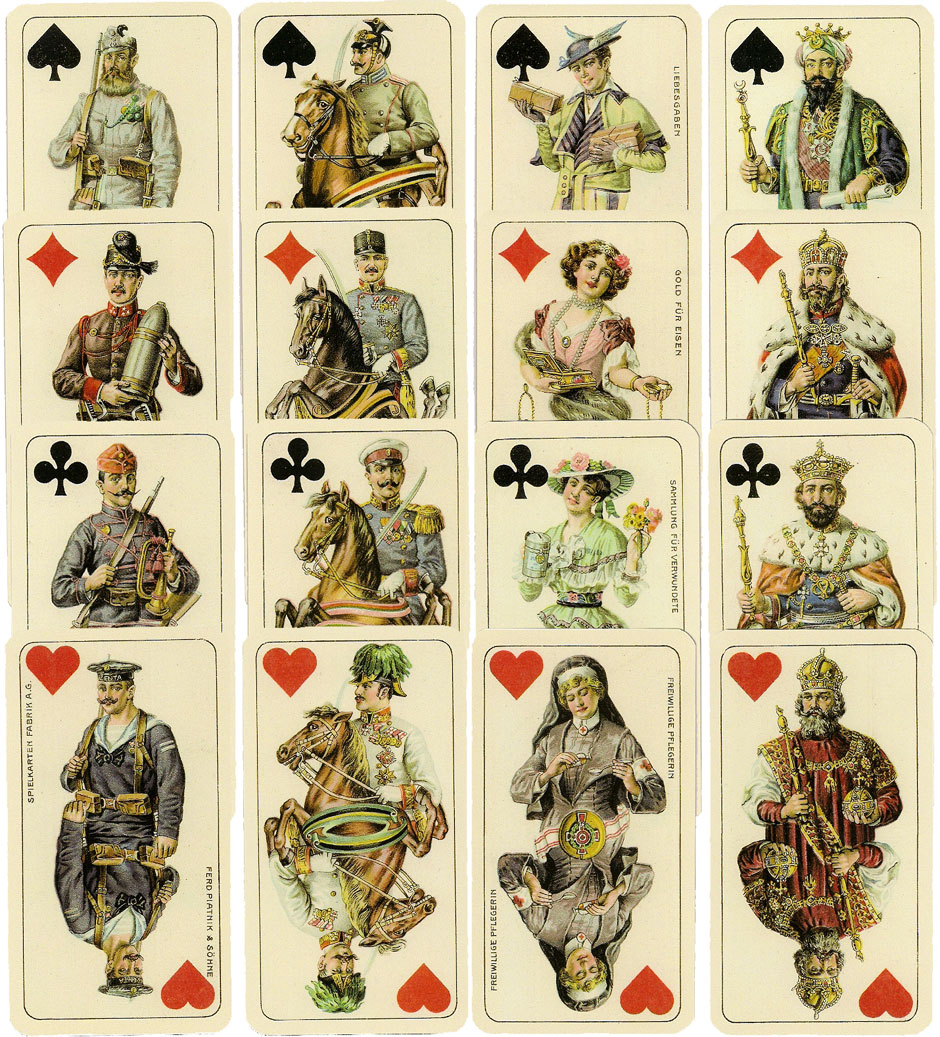 Above: complementing the stunningly printed trumps (above) the double-ended court cards are also printed in shades of pink, mauve, orange, blue, green, brown, yellow, red, grey and variations of each. There are no indices. Originally printed in 1918 by Ferd. Piatnik & Sohne A.G., WIEN, XIII/4. Hutteldorferstr. 229-231. Whilst the original deck was printed by chromo-lithography, the re-issue utilizes today’s modern printing methods. The Queens have descriptive comments on each card but the male court cards do not. Diamonds represent Germany; Hearts Austria-Hungary; Spades Turkey and Clubs represent Bulgaria. The Queens represent women devoted to war related charity and social work. The Cavaliers represent mounted officers and the Jacks the various soldiers and sailors. Copies of this re-print deck can be obtained online. Images and notes courtesy Rod Starling.

Starling, Rod: "Something New and Topical" in 'Clear The Decks', the Newsletter for 52 Plus Joker (edited by Judy Dawson), USA, March 2011