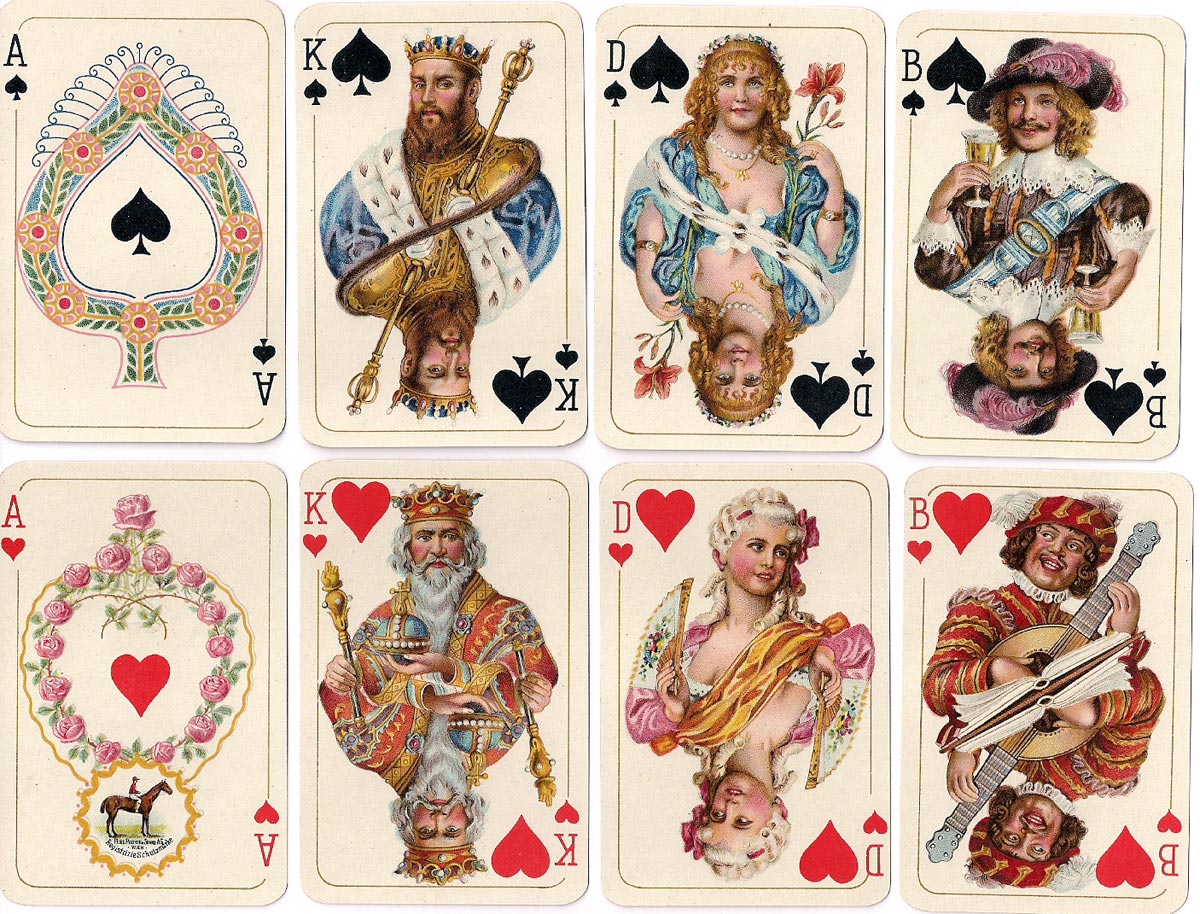 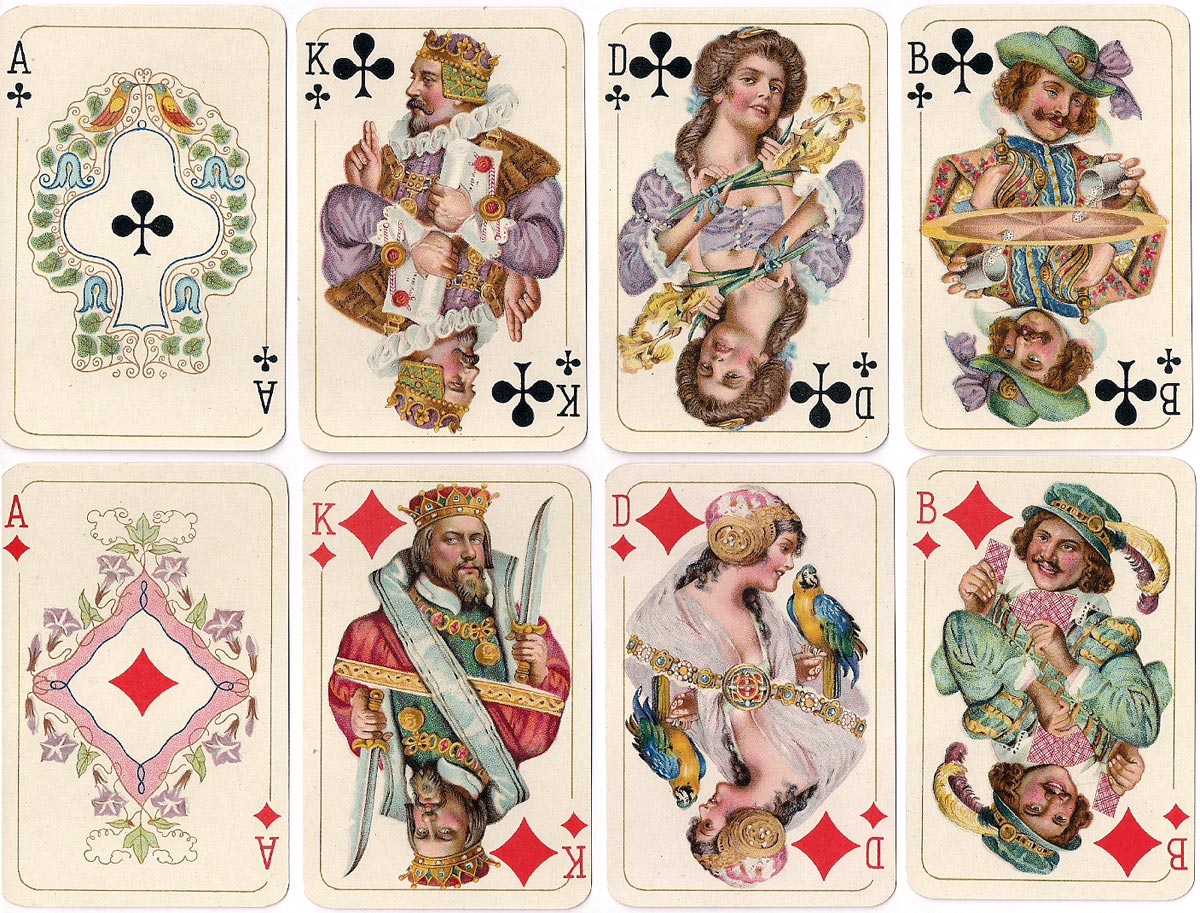 The deck appears to have enjoyed great popularity. It is believed to have been first issued in 1895. There have been at least three later issues, and subsequent reprints, in poker and bridge formats, with various types of indices. Some of these carry different date or production codes as Piatnik started printing the order number, generally on the ace of hearts, but sometimes on the ace of diamonds after c.1950. Differences of detail can be seen in the designs, possibly due to new printing technology (chromolithography, offeset litho, etc) being used over the years.

Above: “Baroque” by Ferd Piatnik & Sons, Vienna, in Bridge size, c.1950. This edition was distributed in USA by the Atlantic Playing Card Co., N.Y. (click to zoom).

Shown below is a later edition of “Baroque” No.2118 by Ferd Piatnik & Sons, Vienna, 1977 in which the four Queens in particular show noteable differences. 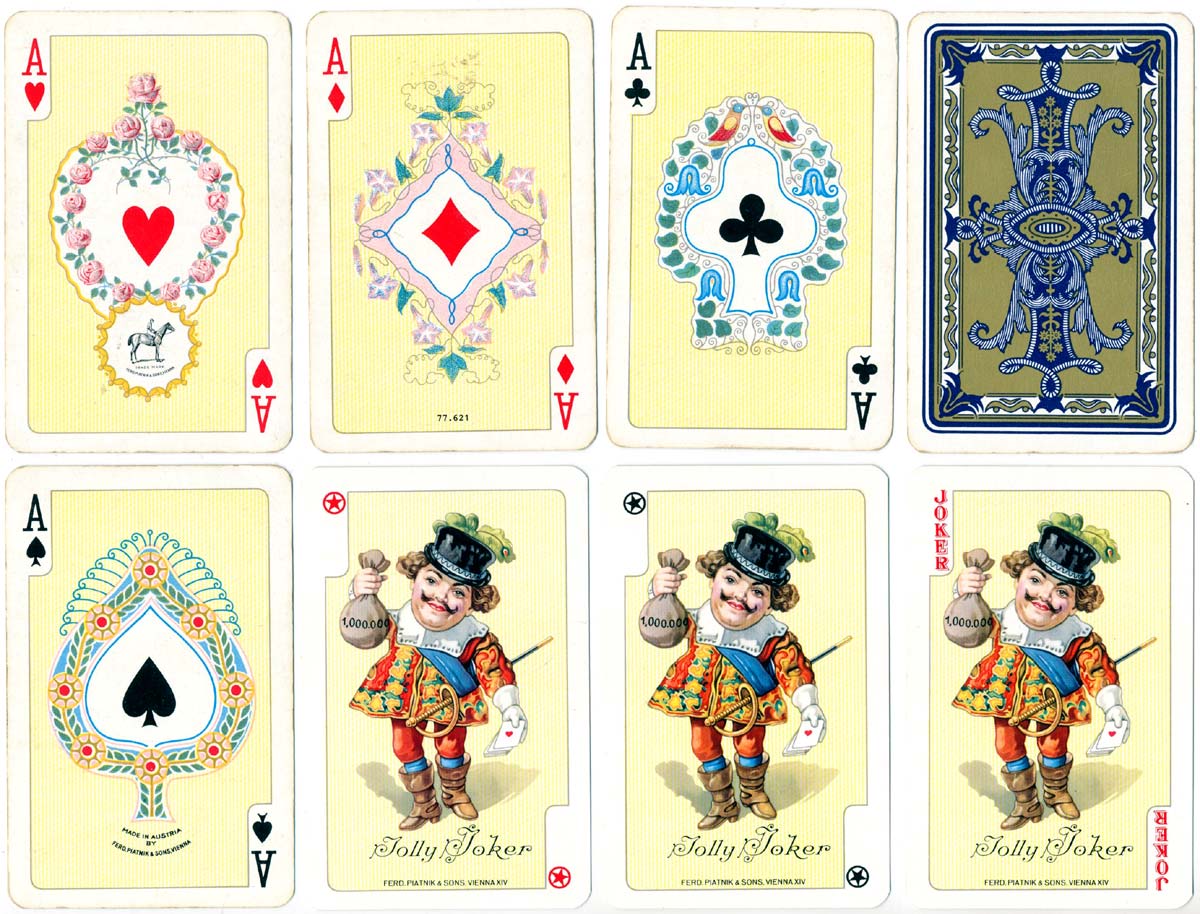 Above: “Baroque” No.2118 by Ferd Piatnik & Sons, Vienna, 1977. Blue or red backs, 3 jokers in each pack. Images and additional research courtesy Matt Probert. 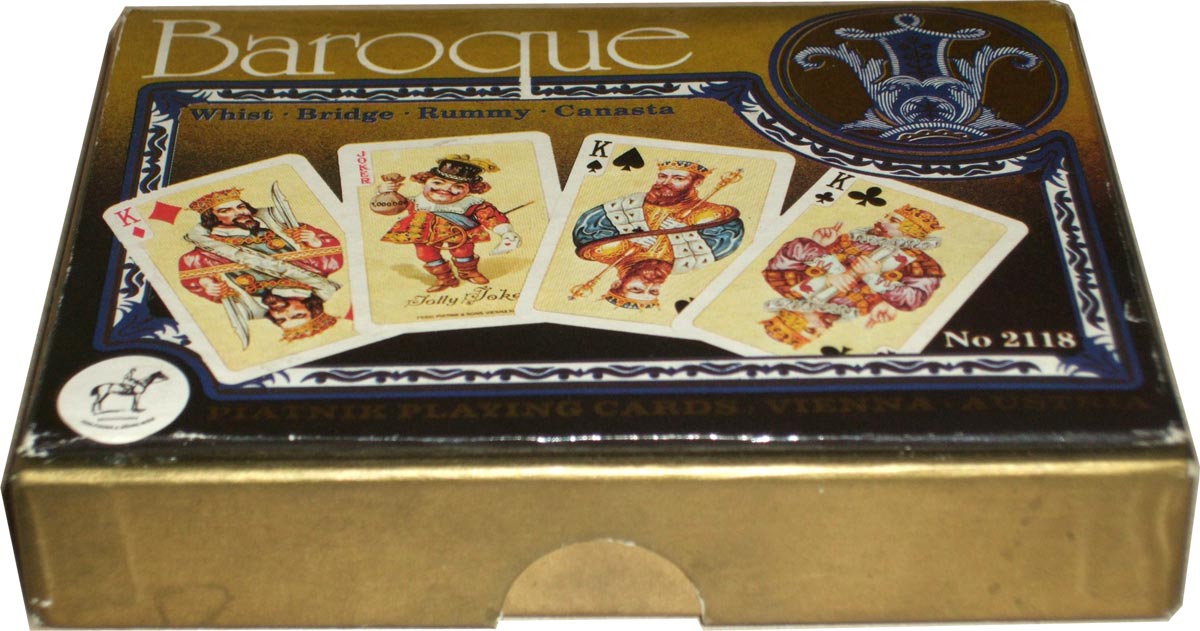