Facsimile of ‘Wilhelm Tell’ Hungarian ‘Seasons’ deck originally produced by Salamon Antal, Kecskemét in 1860, with German suit symbols. The four seasons are portrayed on the four deuces (twos) with inscriptions in Hungarian. The four kings are mounted horsemen and most of the numeral cards have small vignettes.
See the Box►   See the Booklet► 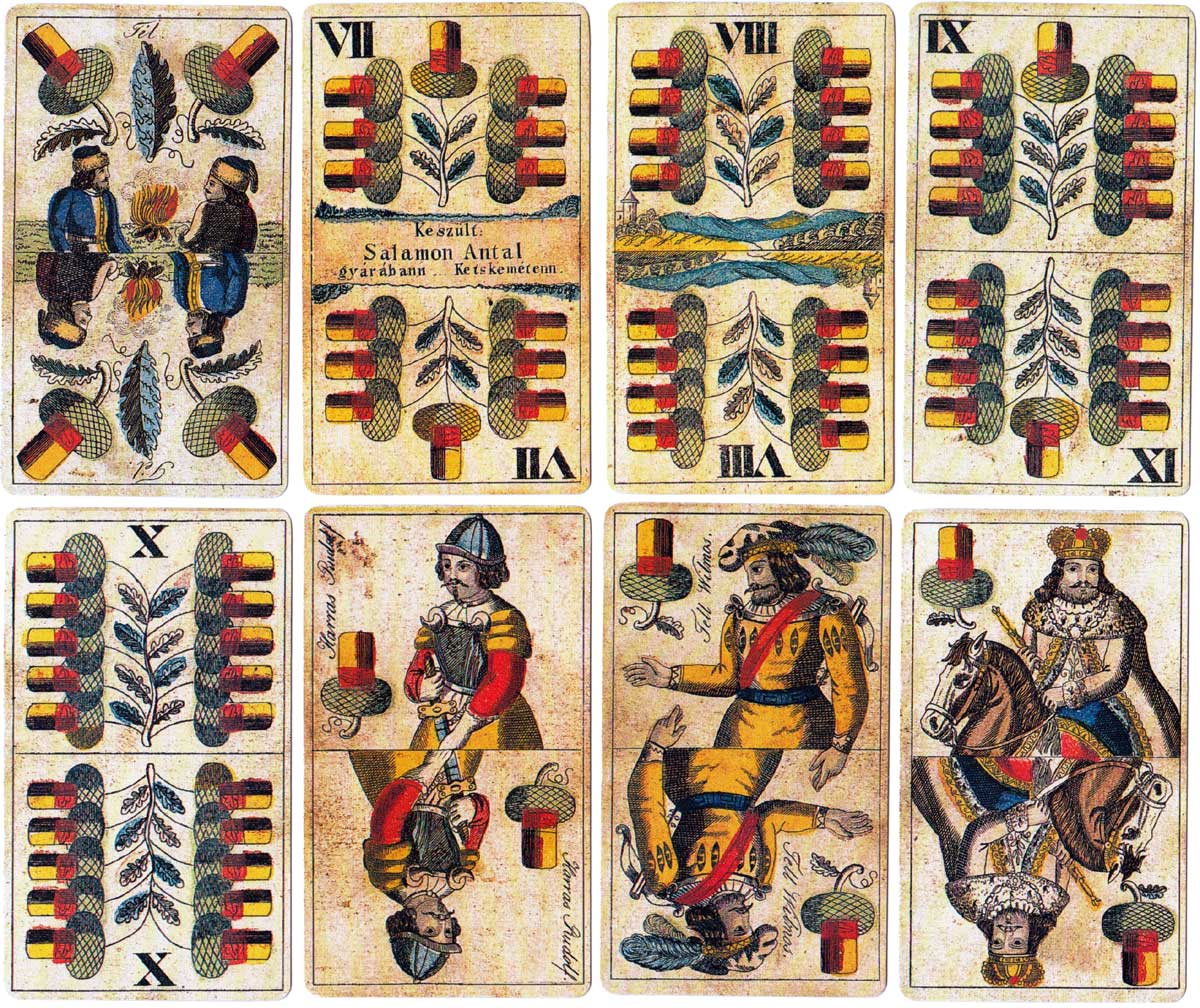 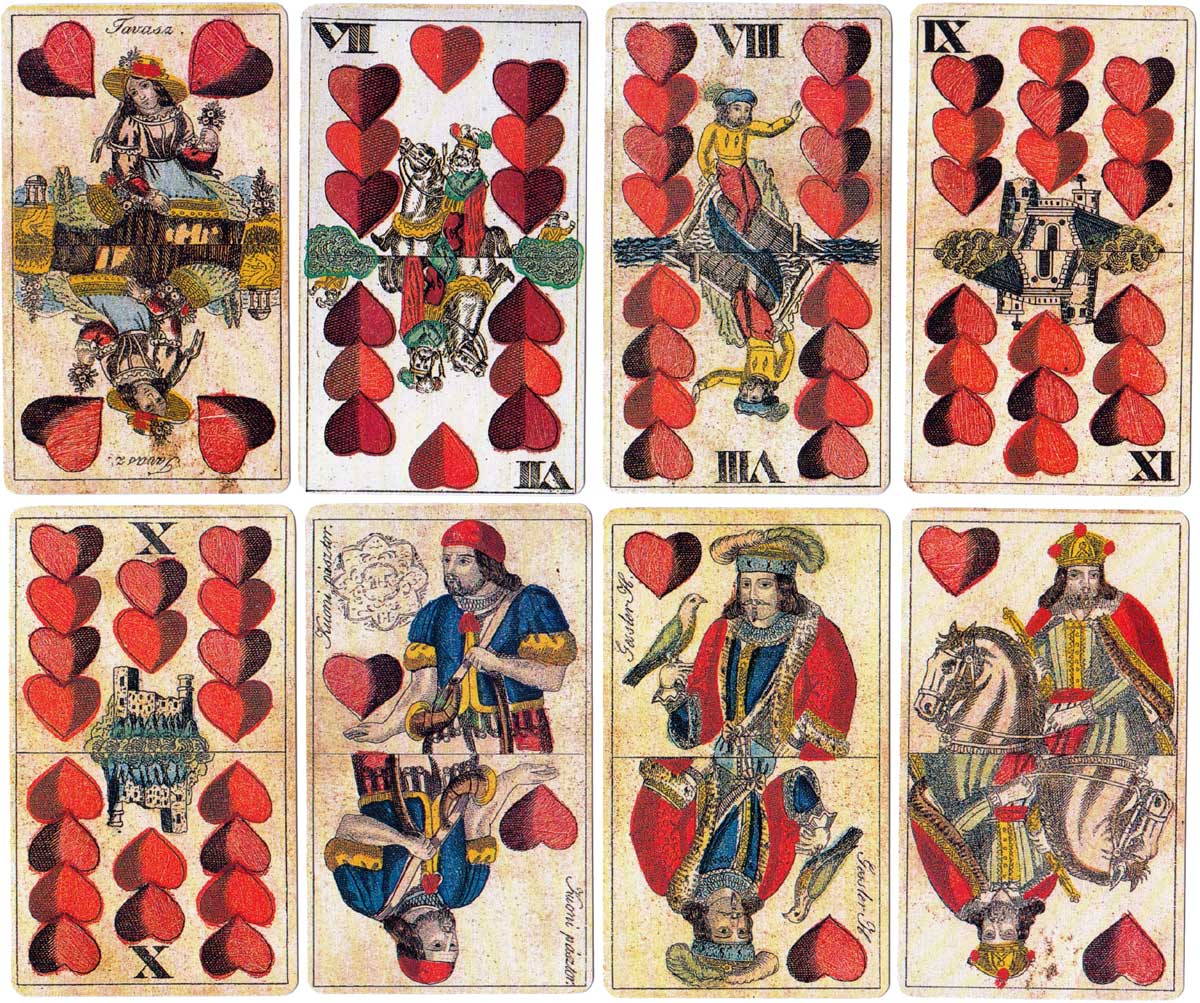 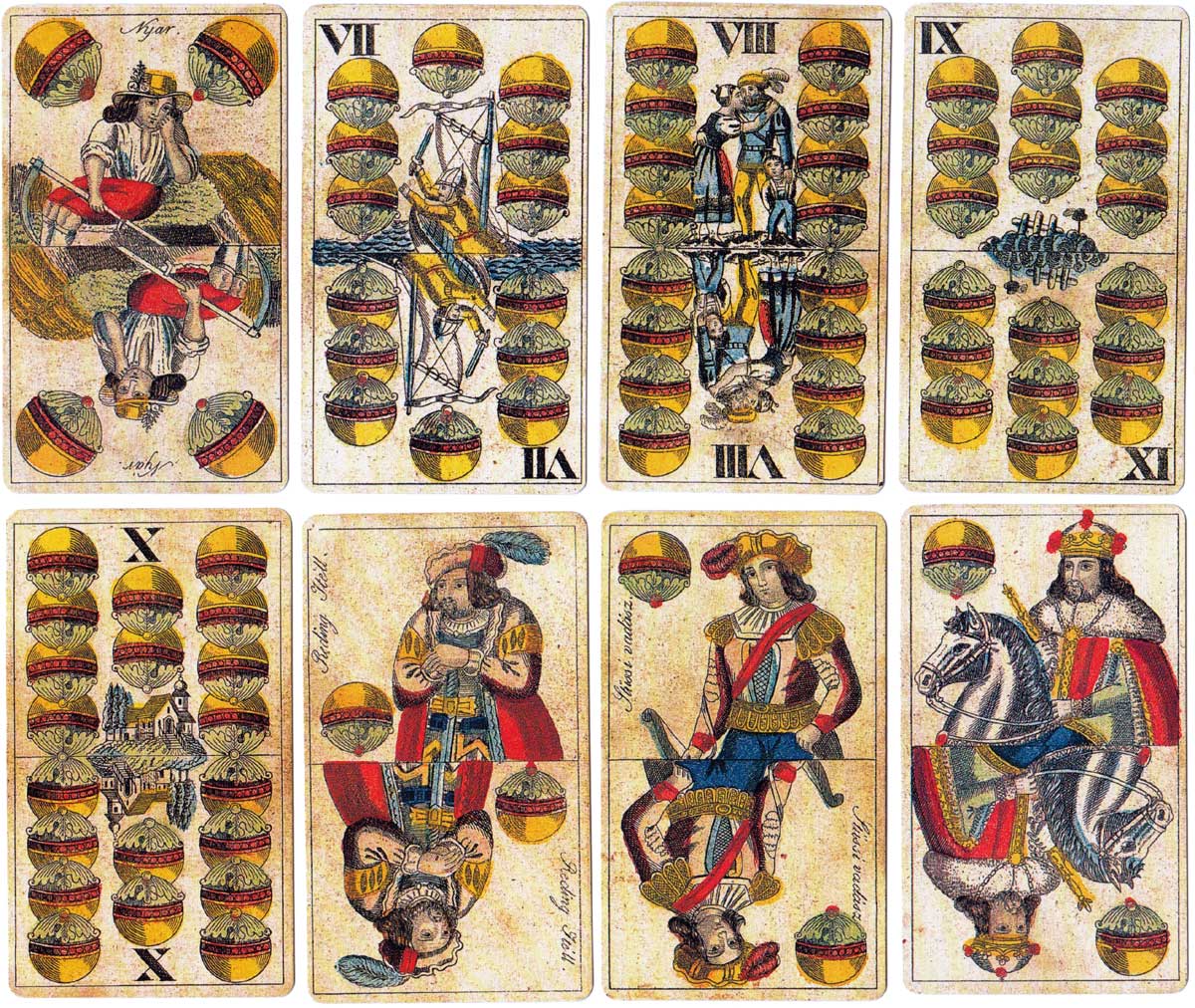 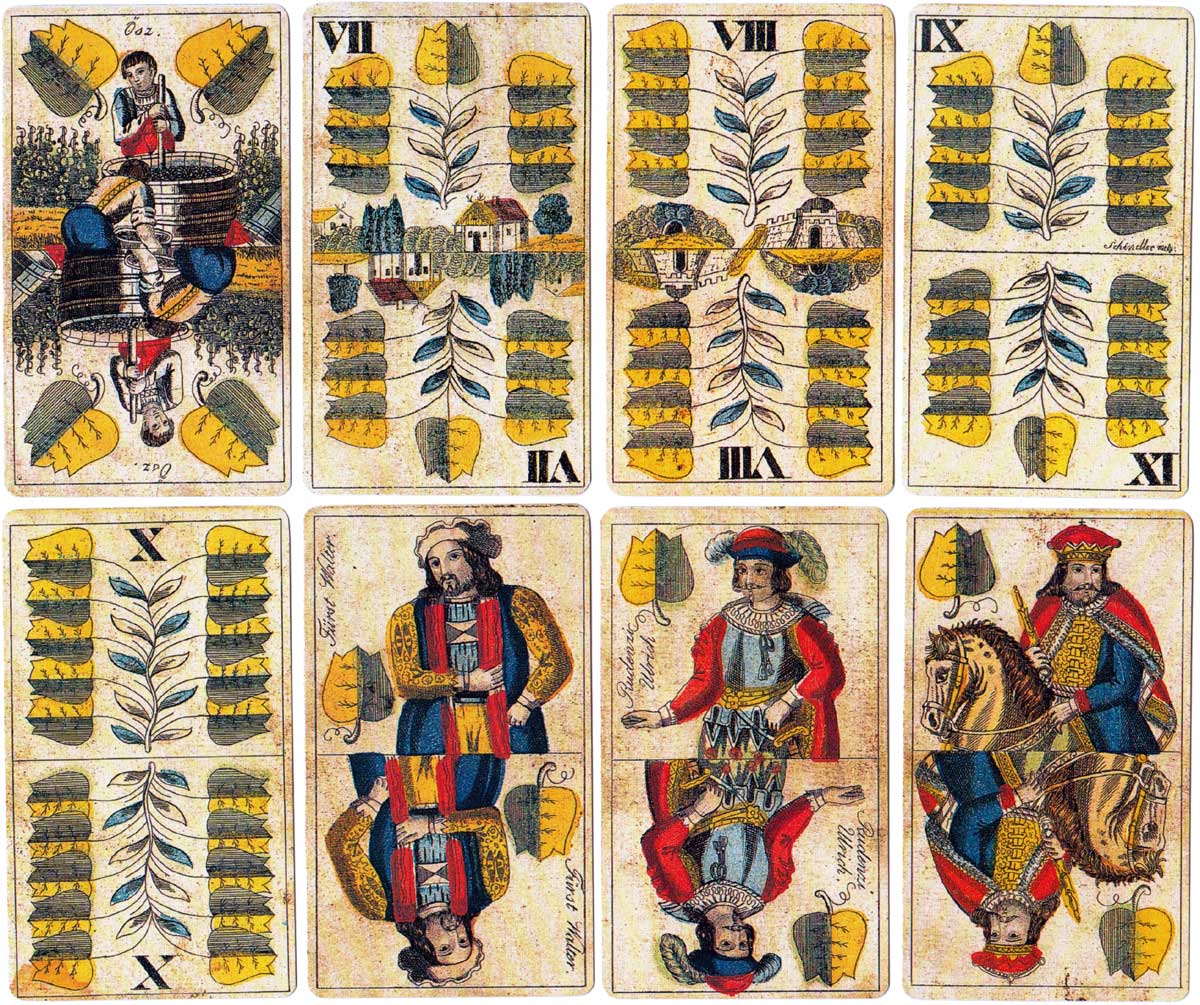