Jugendstil Art Nouveau Playing Cards were first released as a 54-card “Tarock No.1” by Joseph Glanz & Albert Berger in 1906, including 22 trump cards. The set was designed by Ditha Moser in Jugenstil style – the German equivalent of Art Nouveau with its preference for straight lines and simple geometrical forms which in this case resemble stained glass windows. Piatnik re-printed the 12 court cards with a full set of number cards as “Jugendstil Art Nouveau Bridge Nr.2136” in 1980. The Hearts court cards are dressed in Louis XVI period fashion, the Clubs courts appear as crusading knights (German Chivalry), the Diamond court cards are clad in ancient Egyptian style and Spades are inspired by the Edda sagas (Byzantium/early Christendom). 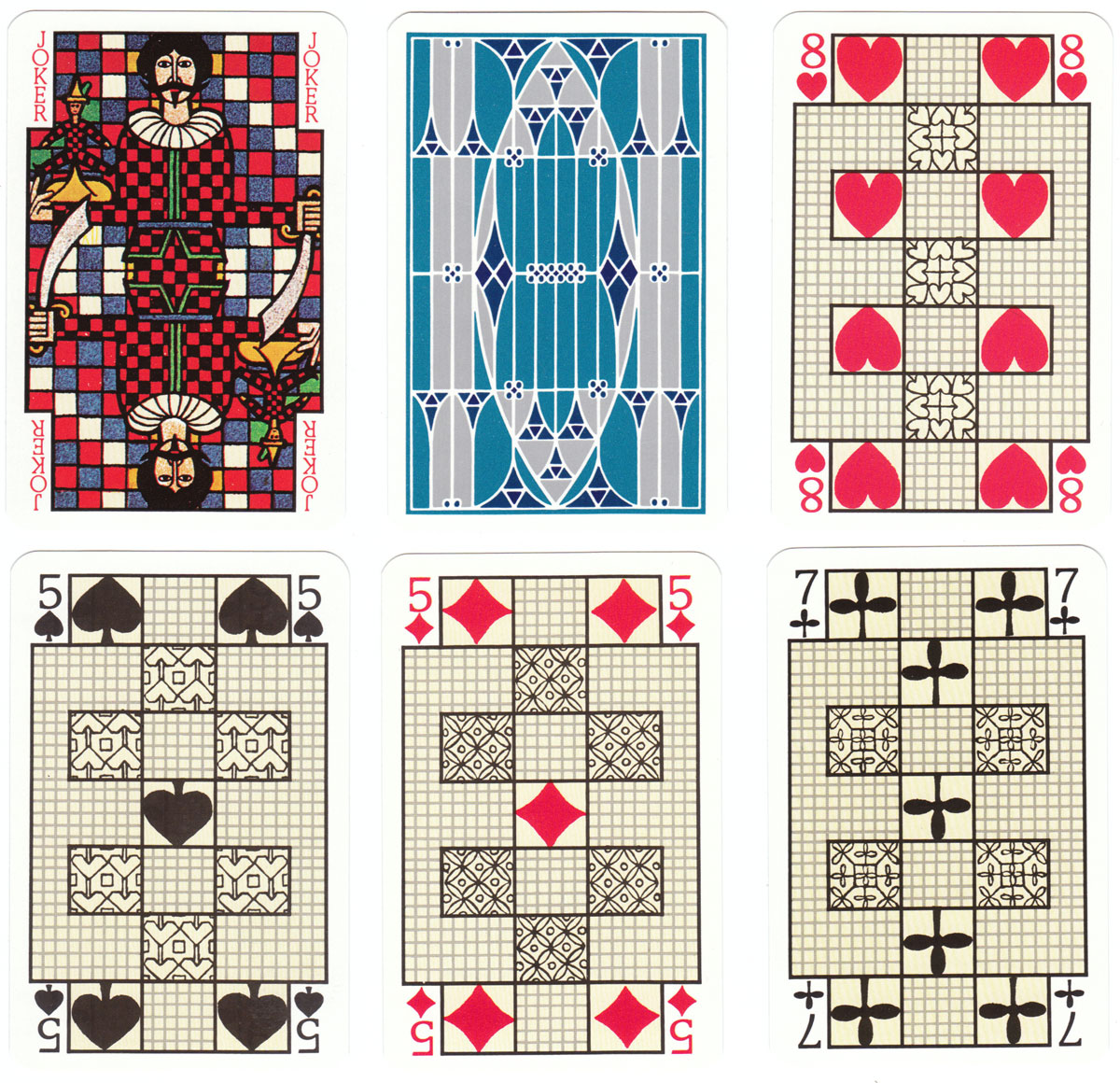 Above: “Jugendstil Art Nouveau Bridge Nr.2136” published by Piatnik, 1980. Both decks (blue and red backs) consist of 52 playing cards and 3 Jokers. The Joker is the Fool card from the original 1906 Tarock deck depicting a jester holding a puppet and a curved sword. Images courtesy Rex Pitts.

The original deck was also re-printed by Piatnik as "Jugendstil Tarock", in which all the trump cards depict toy wooden soldiers in a variety of events. The four Knaves are shown below, which of course are missing from the bridge deck. 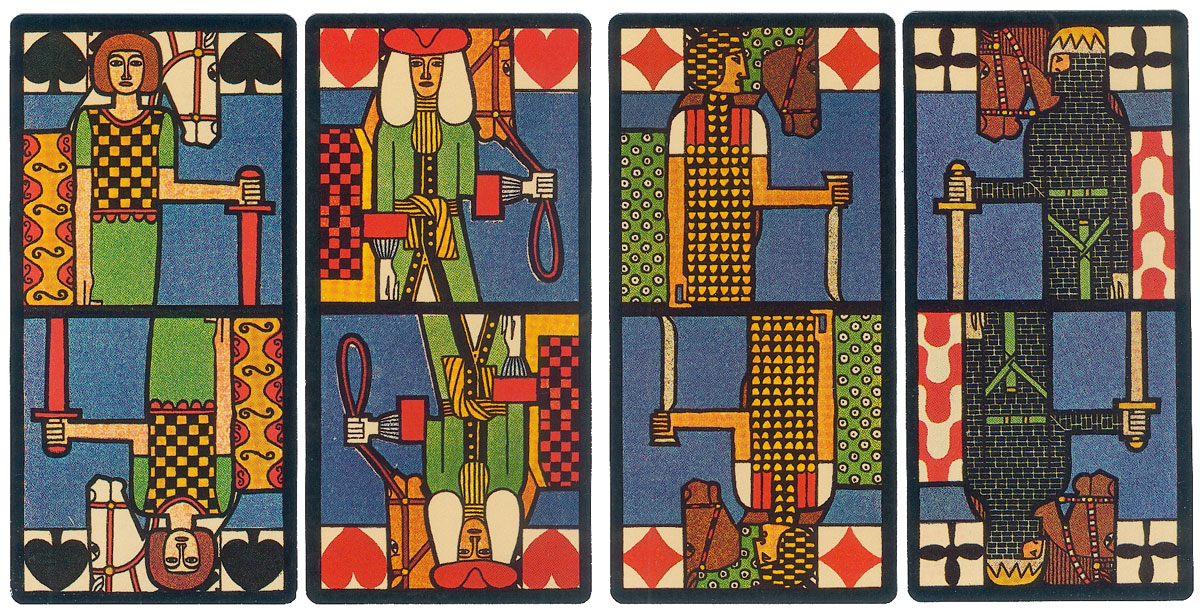