‘Cartes de Luxe’ first published by Biermans in 1877 was re-published in facsimile by Amstel Beer (Netherlands) in c.1980. According to the information on the box, the re-edition of the historic deck was to commemorate the founding of the Amstel Brewery and was available free with two six-packs of 1870 Amstel beer.

Above: cards from the original 1877 edition of ‘Cartes de Luxe’ published by Léonard Biermans. The four aces in the original edition were plain and there were no corner indices or numbers. 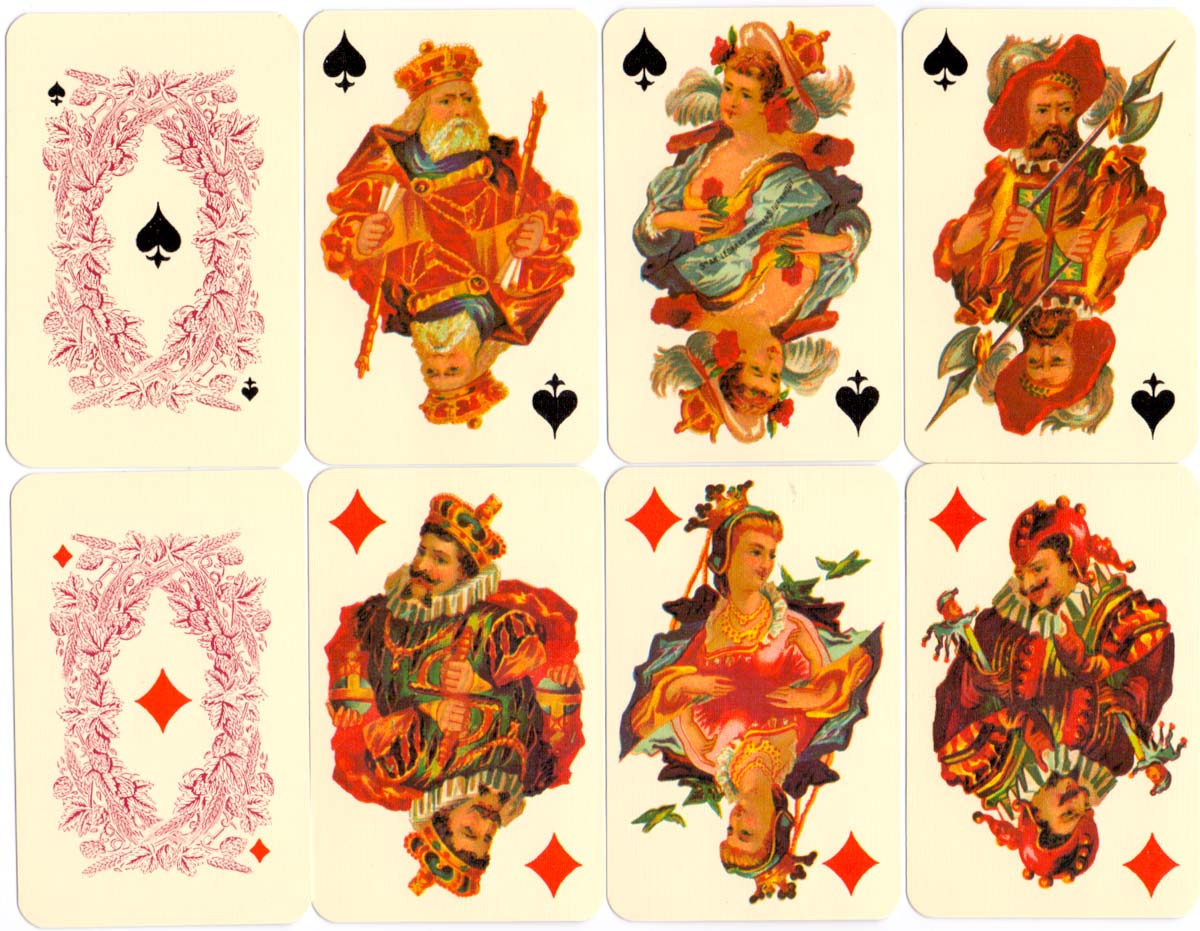 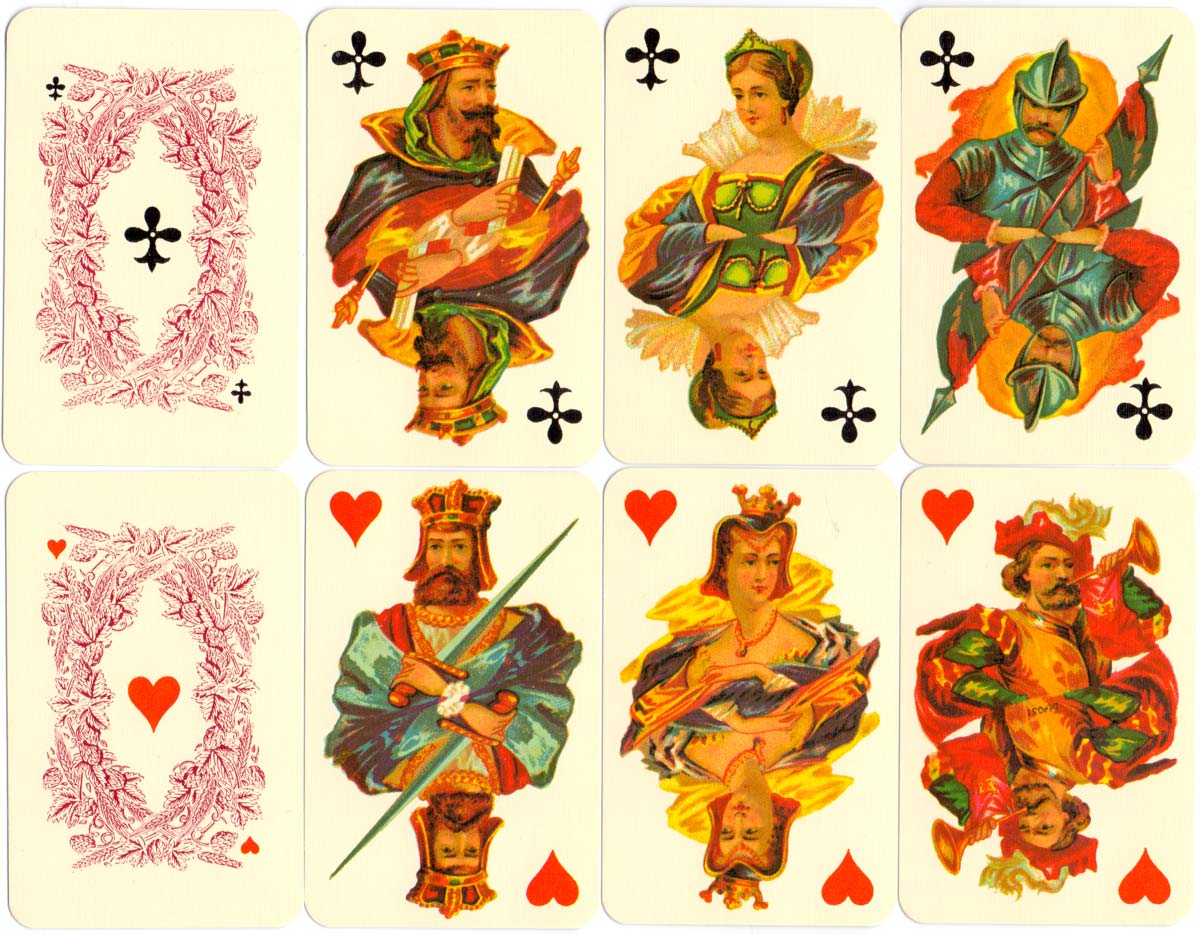 Above: Biermans ‘Cartes de Luxe’ facsimile by Amstel Beer printed by Carta Mundi, c.1980. Two jokers, four breweriana aces and a back design were added to the new edition, which is otherwise faithful to the original designs. The facsimile deck was available free with two six-packs of 1870 Amstel beer. 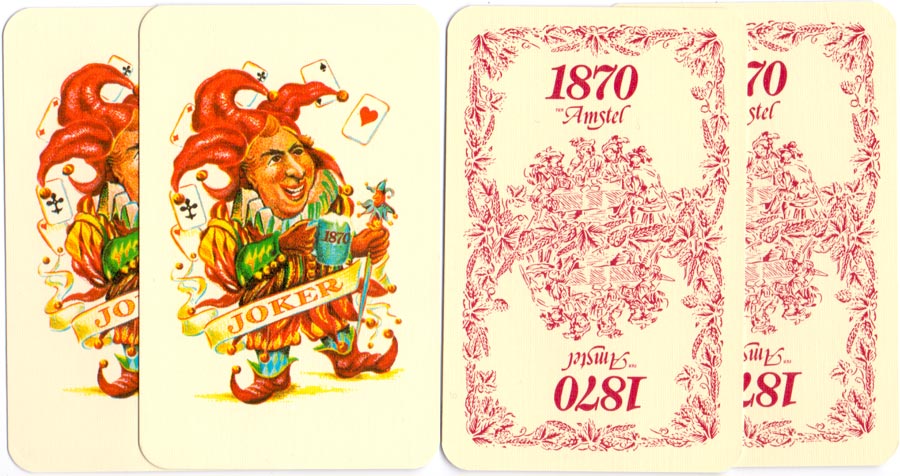