De la Rue & Co Ltd already produced conventional Mah-Jongg sets with bone and bamboo tiles, but this ‘Electrical Mah Jong’ card game was produced for The Western Electric Company Ltd in 1924 for the Wembley Exhibition, at which they had a stand, showing old radios, cables and telephones of the period from 1875 to 1924. At that time the Western Electric Company was a major player in the advancement of International Communications, producing over half the world’s telephones and a wide range of components, cables, wireless and receiving apparatus, some of which are illustrated on the cards below  more →

See: the box • the score card. 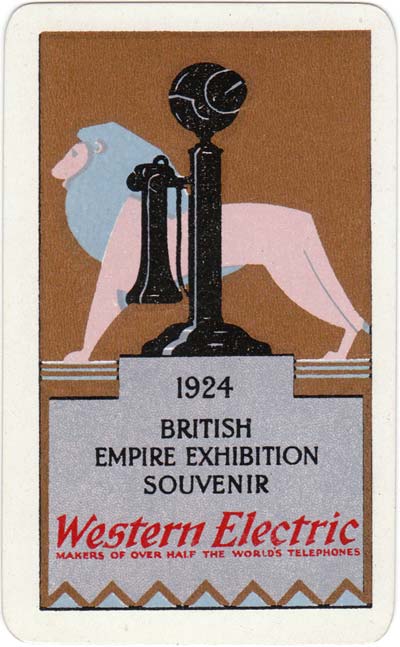 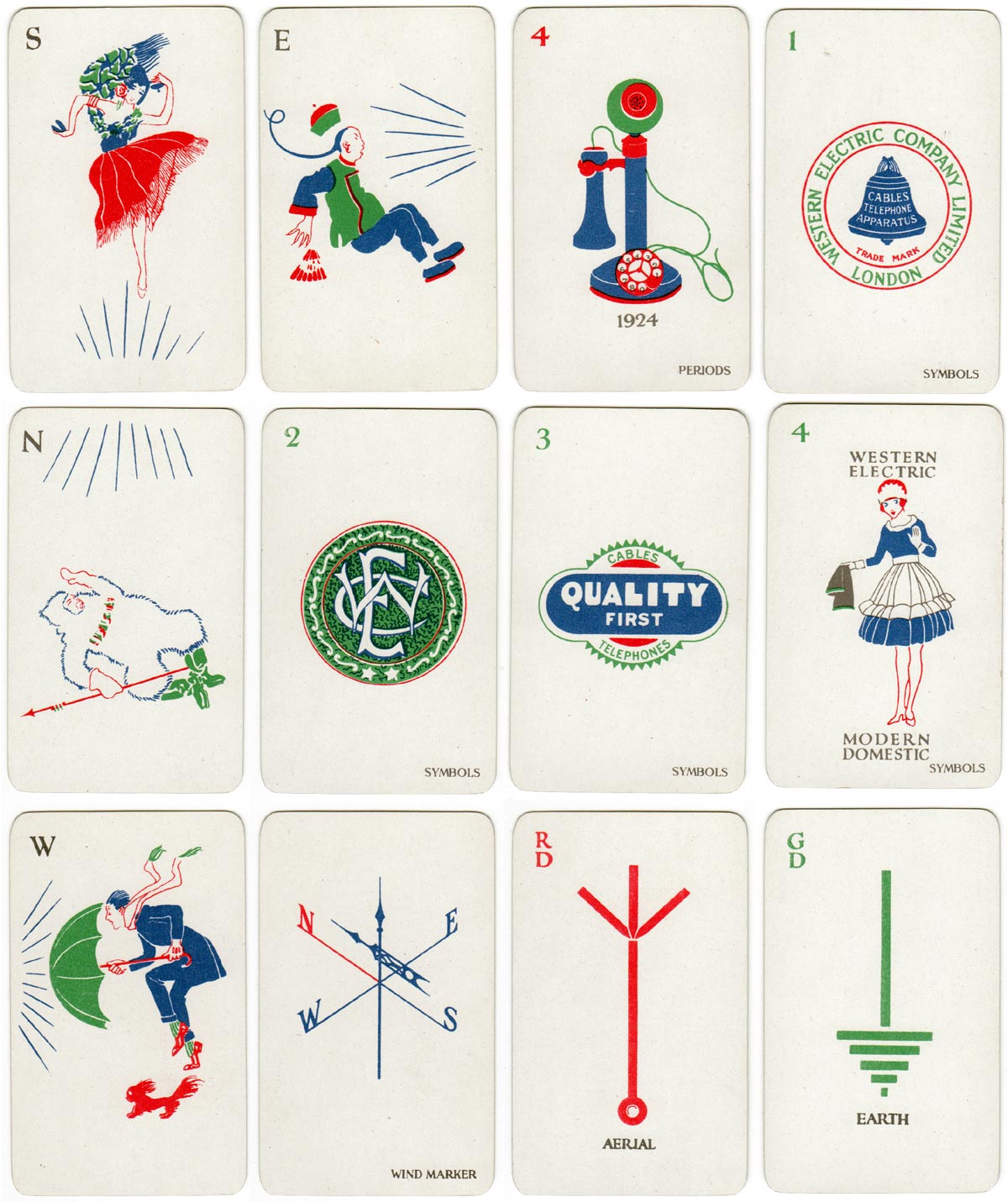