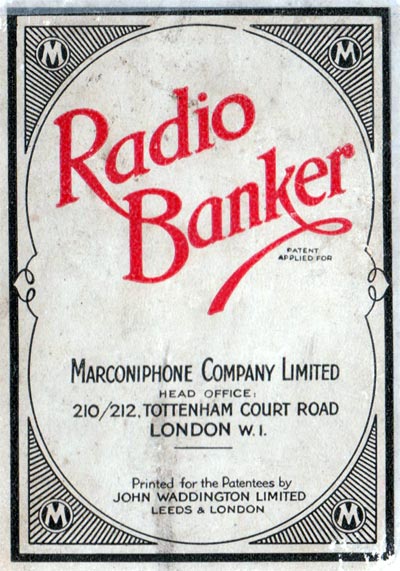 Radio Banker by John Waddington Ltd for Marconiphone Co Ltd, c.1930. The pack is divided into two sets of cards, one used by the Banker (16 cards with photograph of Marconi House London) representing a number of broadcasting stations, the other by the players (37 cards depicting various types of Marconiphones and names of UK cities) representing wireless receivers of varying power located at different distances from broadcasting stations. The object of the game is for players to stake upon their chance of receiving the Broadcast Station turned up by the Banker. See the Rules► 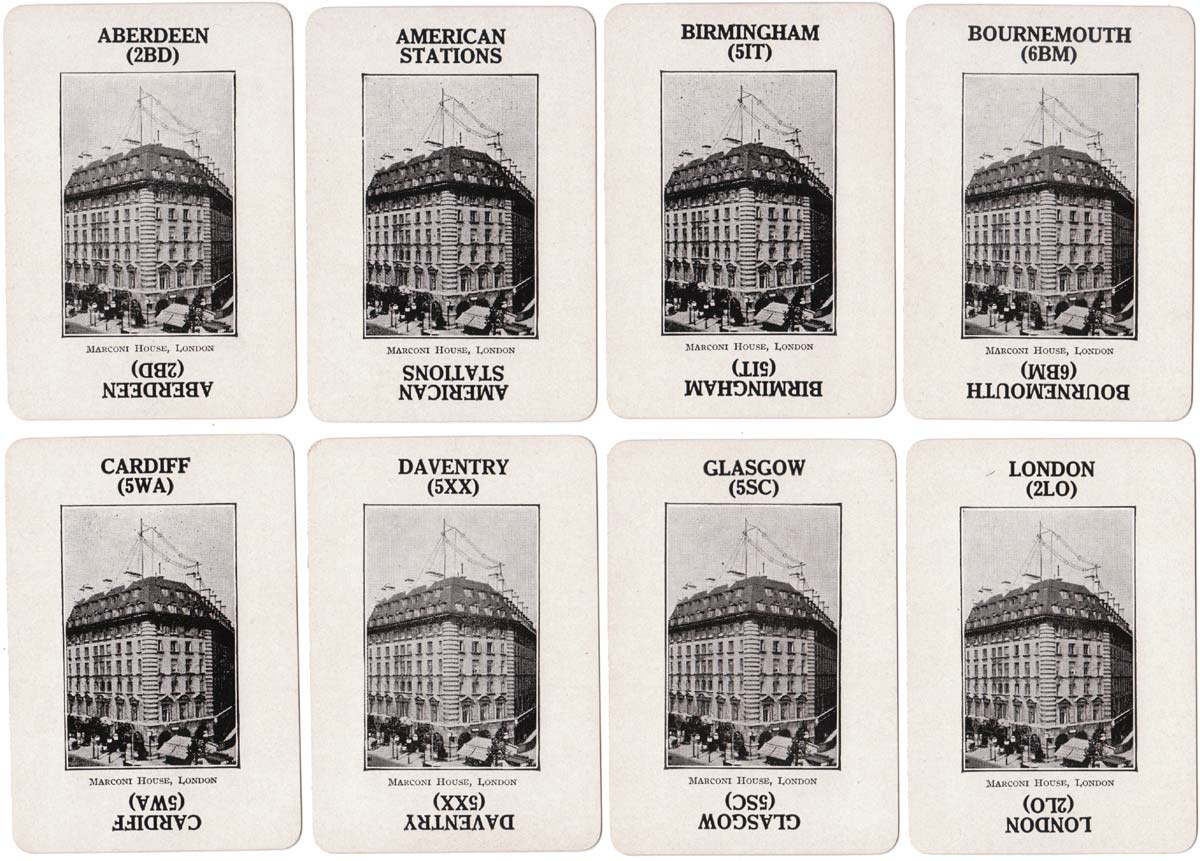 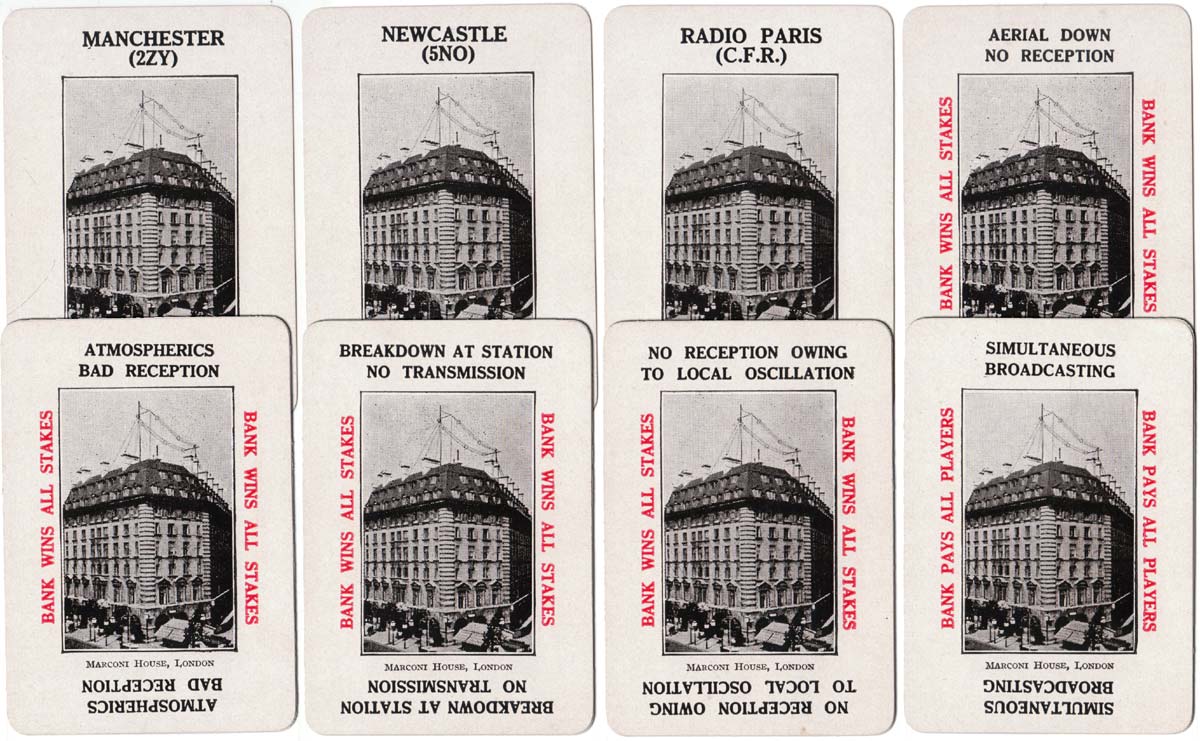 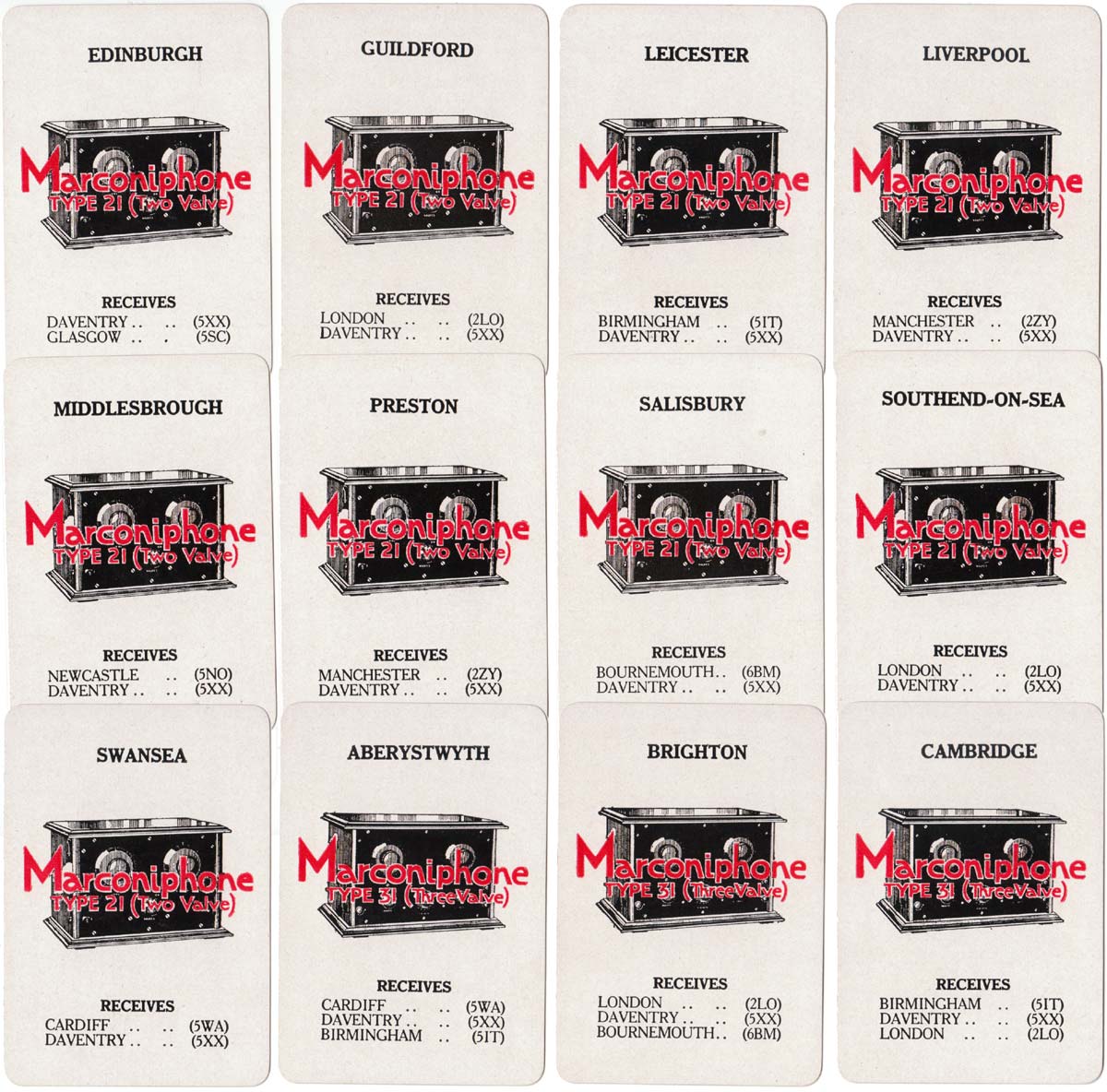 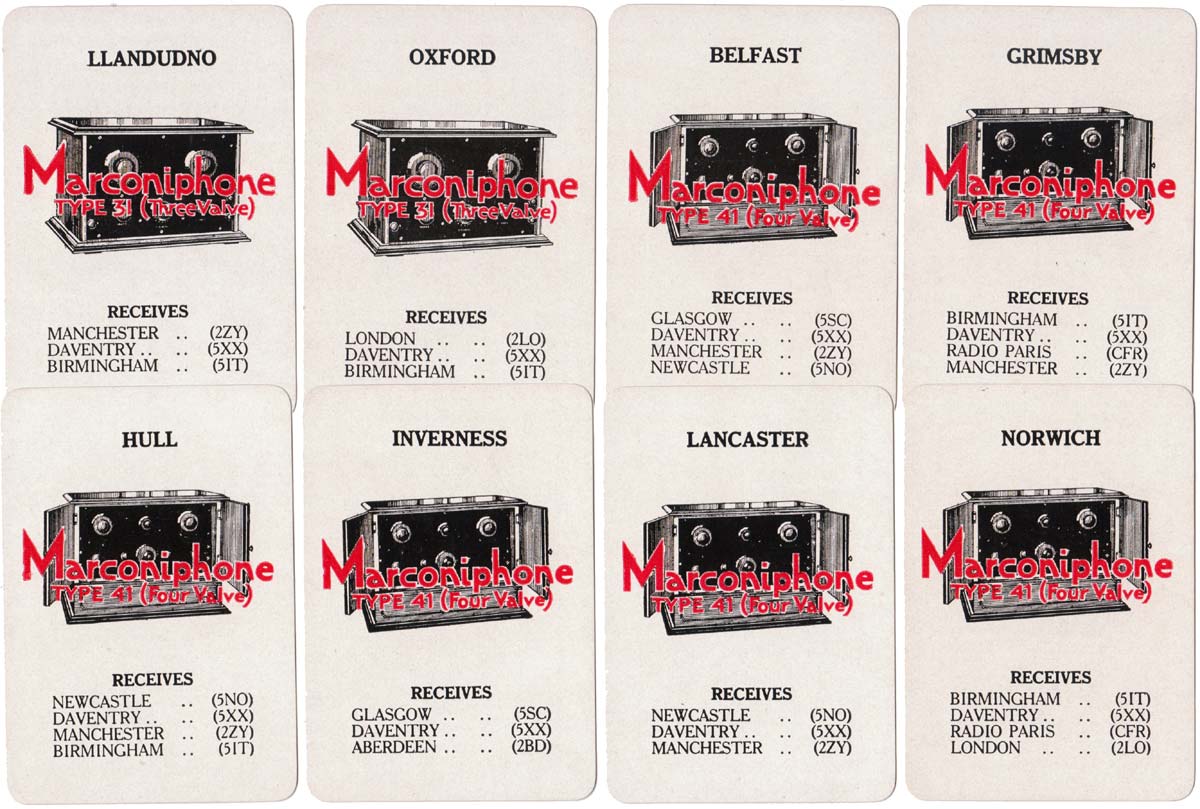 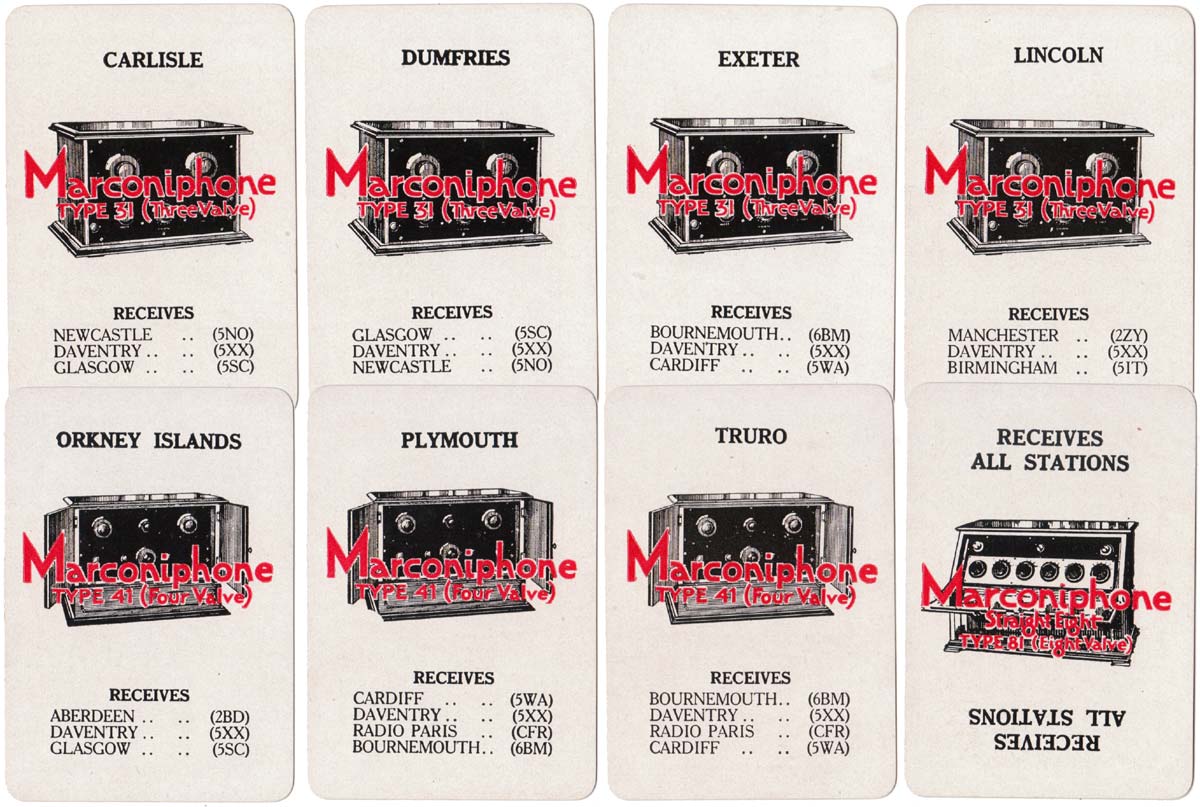 Above: Radio Banker by John Waddington Ltd for Marconiphone Co Ltd, estimated date late 1920s or c.1930. 53 cards plus 1 blank card in box + rules. The purple bordered cards are the 16 Banker cards, the white bordered those of the players. Note: Marconiphone wireless sets came into use from 1925. 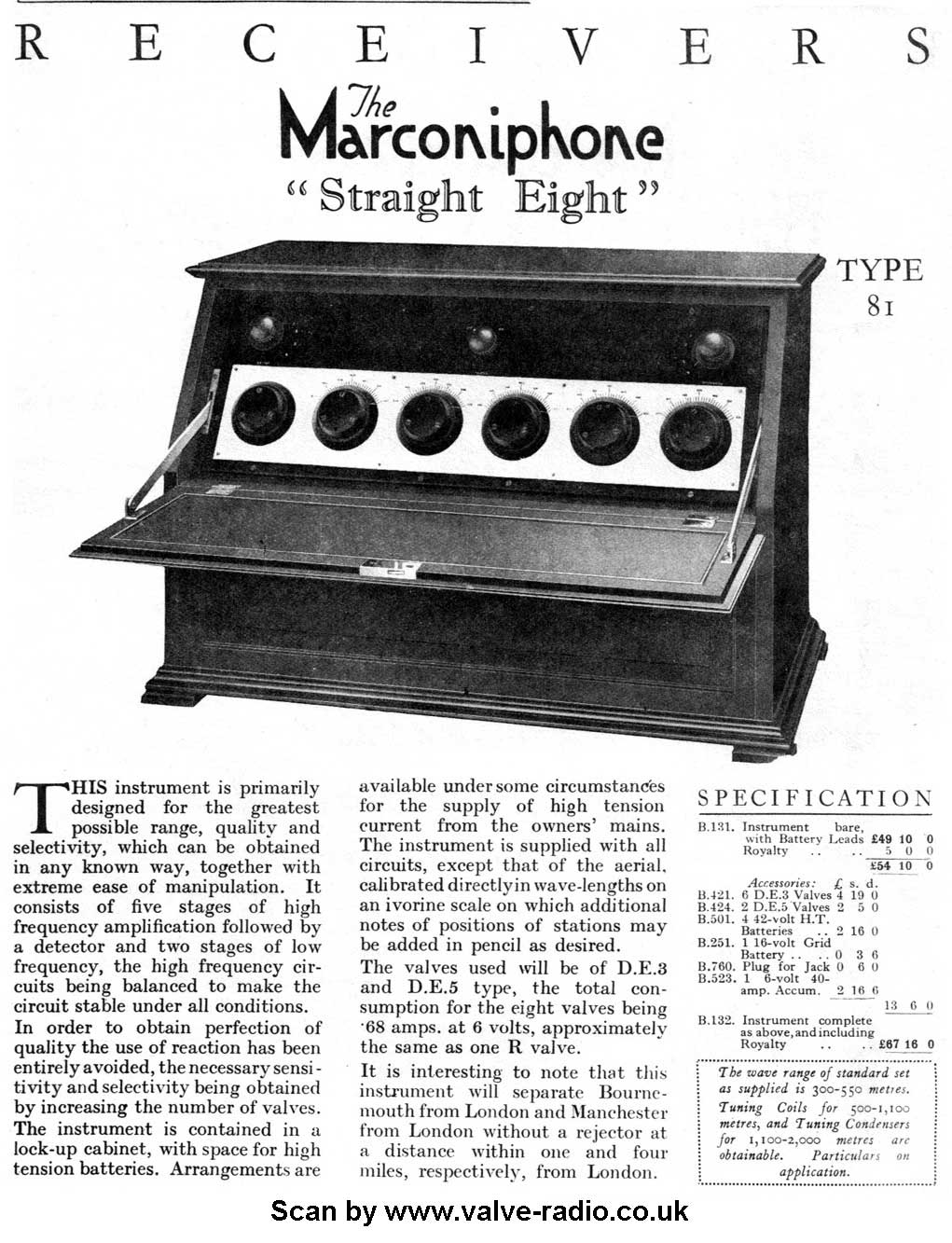