Another late Victorian family card game beautifully designed and illustrated by Richard Doyle (1824-1883) and manufactured by Thos de la Rue & Co Ltd, c.1895 with period characters: 13 x 4 Victorian street traders plus 2 'Stop Thief' cards. The set actually contains two amusing games in one: “Stop Thief” and “Snip-Snap” all for the price of one shilling. (The 2 “Stop Thief” cards are used in one game but not in the other).

Richard Doyle also illustrated “Cheery Families” and his drawings evoke characters from Dickens such as the flower women of Covent Garden, street vendors or the ‘dealer in fancy ware’, perhaps glossing over the grim reality of life for millions of poverty-stricken Londoners during the Victorian age. 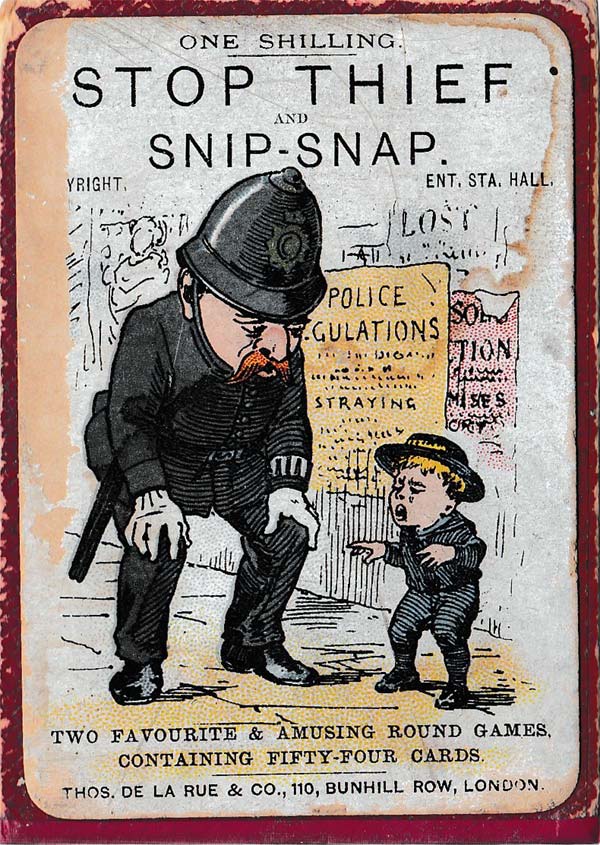 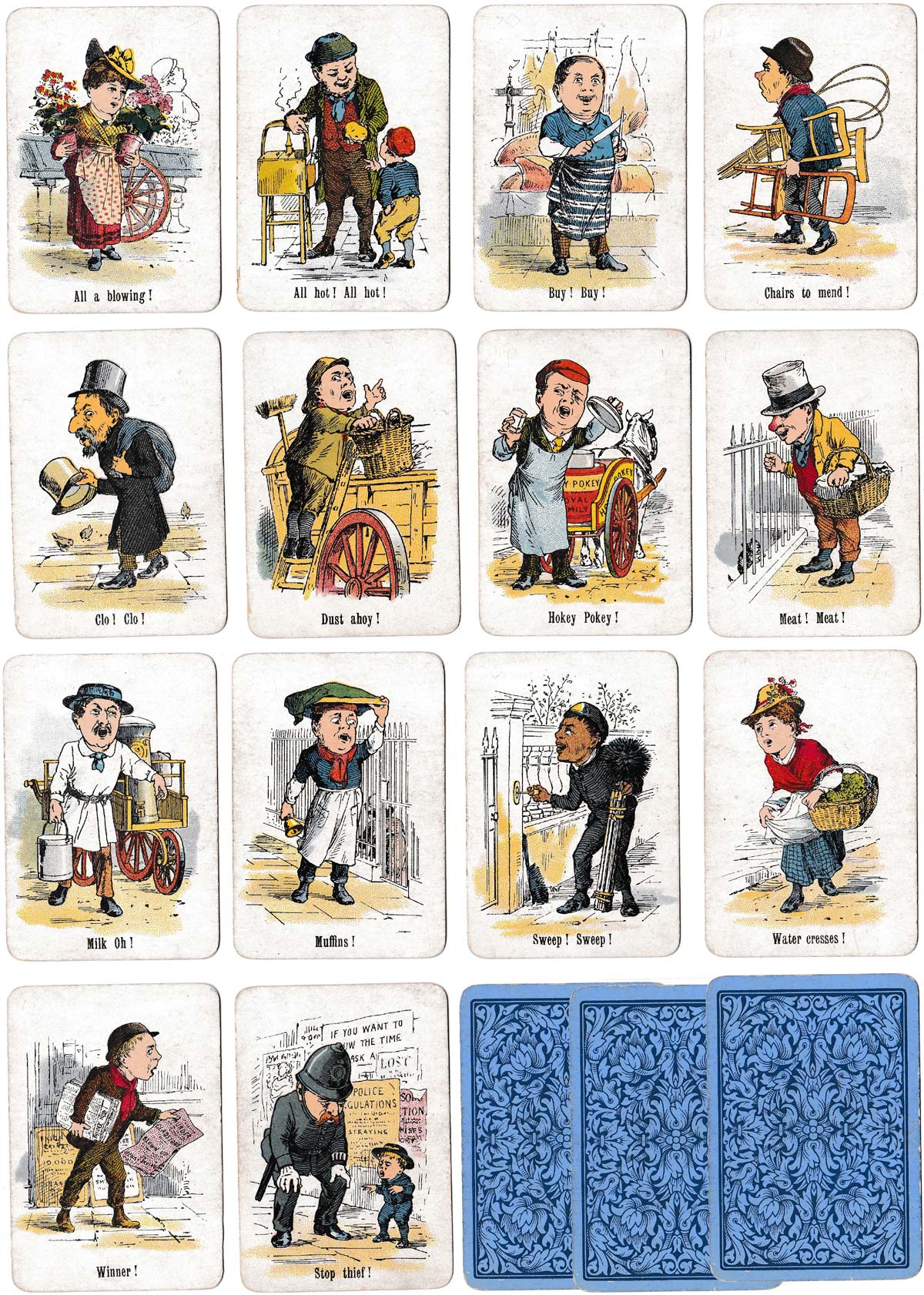