Extremely scarce “Jeu de Géographie” playing cards, one of several educational sets etched by Stefano Della Bella (1610-1664) and published by Henry le Gras, c.1644. The cards bear personifications of countries or continents, with allegorical figures. In this set the suit symbols have not been included, but the intention was that the four suits represent the four known continents: hearts are Europe; diamomds are Africa; clubs are America, and spades are Asia. 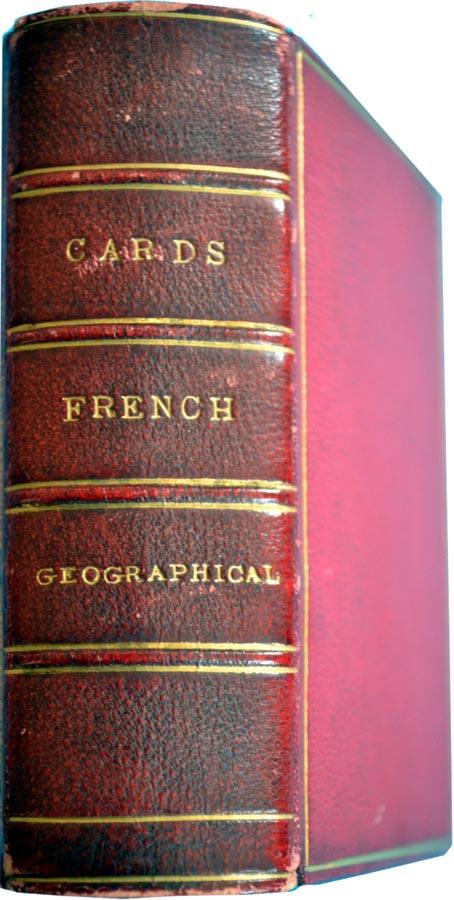 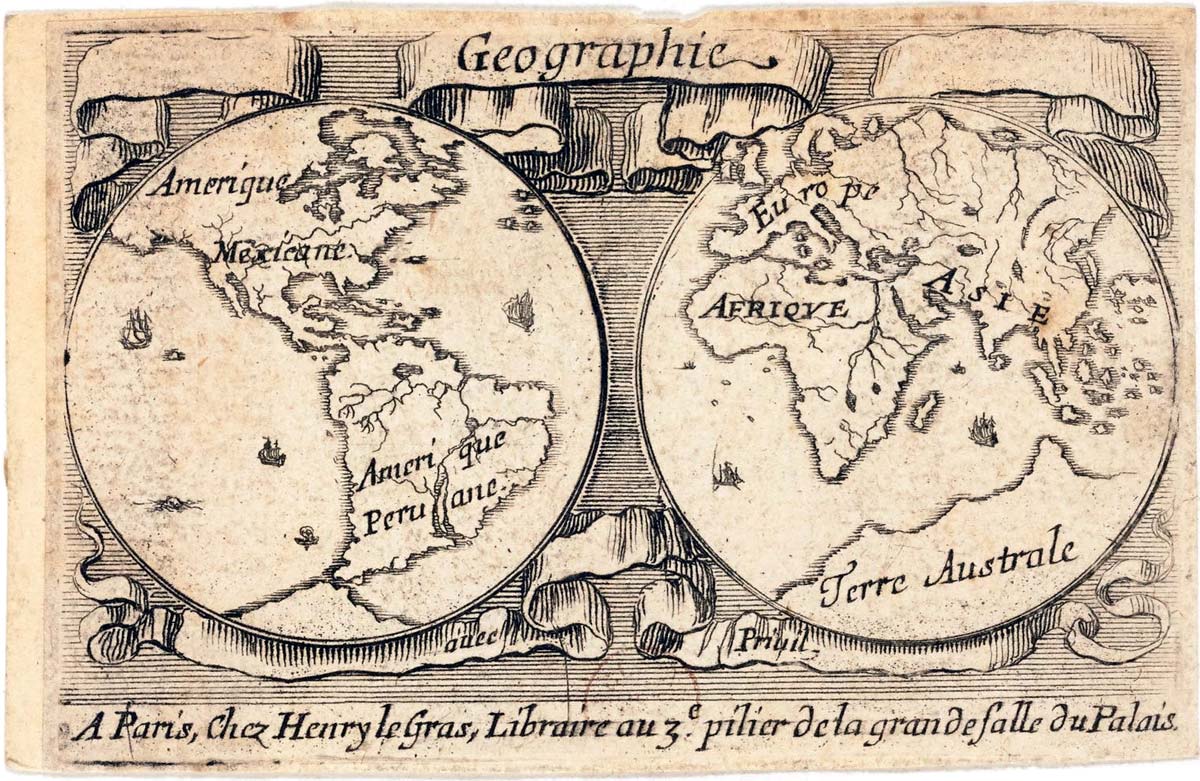 Above: “Jeu de Géographie” educational playing cards etched by Stefano Della Bella (1610-1664) and published by Henry le Gras, c.1644. The title card bears a planisphere. The cards are unsuited but with indices 1 to 10, the court cards are not indexed. All cards are hand coloured on pasteboard. Total 52 cards + title card. The cards in this set have had borders trimmed and were mounted and bound in Red Morocco leather.

A facsimile edition was produced by Lo Scarabeo in 2004 in which suit signs and indices are included. See the Box► 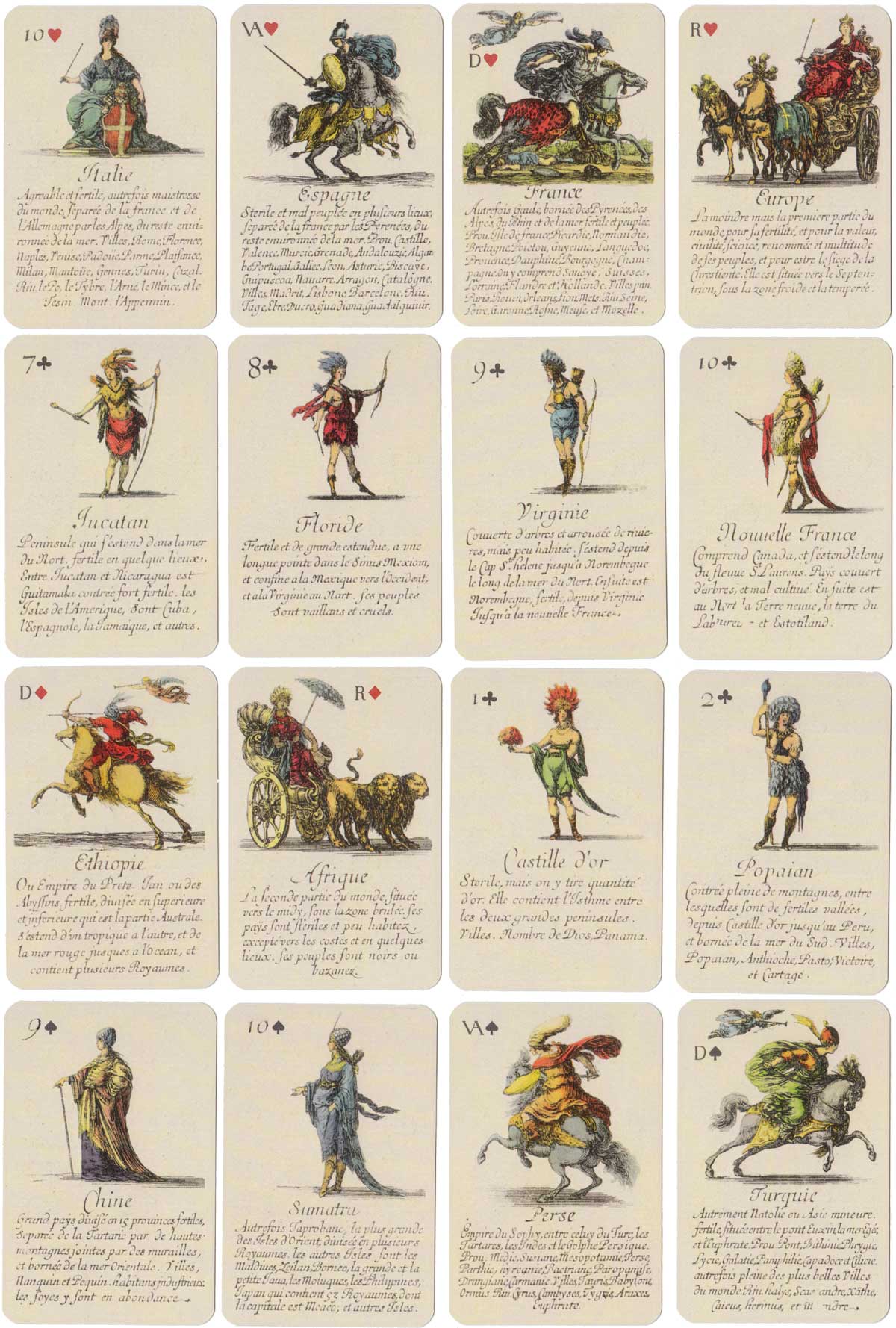