Small playing cards with a named animal or bird on each card and a dotted frame around the edge. The miniature playing cards in the top left-hand corners feature courts which are crude versions of the early single-ended English pattern. The cards are finely engraved on copper plates but the hand-colouring is lacking in finesse. However, not all the cards have been coloured in this set. It seems likely that there was an appeal to children, although initially they were produced for “Young Gentlemen & Ladys, who are Lovers of Ingenuity” - these packs were advertised as being sold in three toy shops by 1754

Animals have been a favourite theme on playing cards, from medieval Hunting packs, to Aesop’s Fables, to Animal tarots as well as Edwardian Farmyard Snap games. 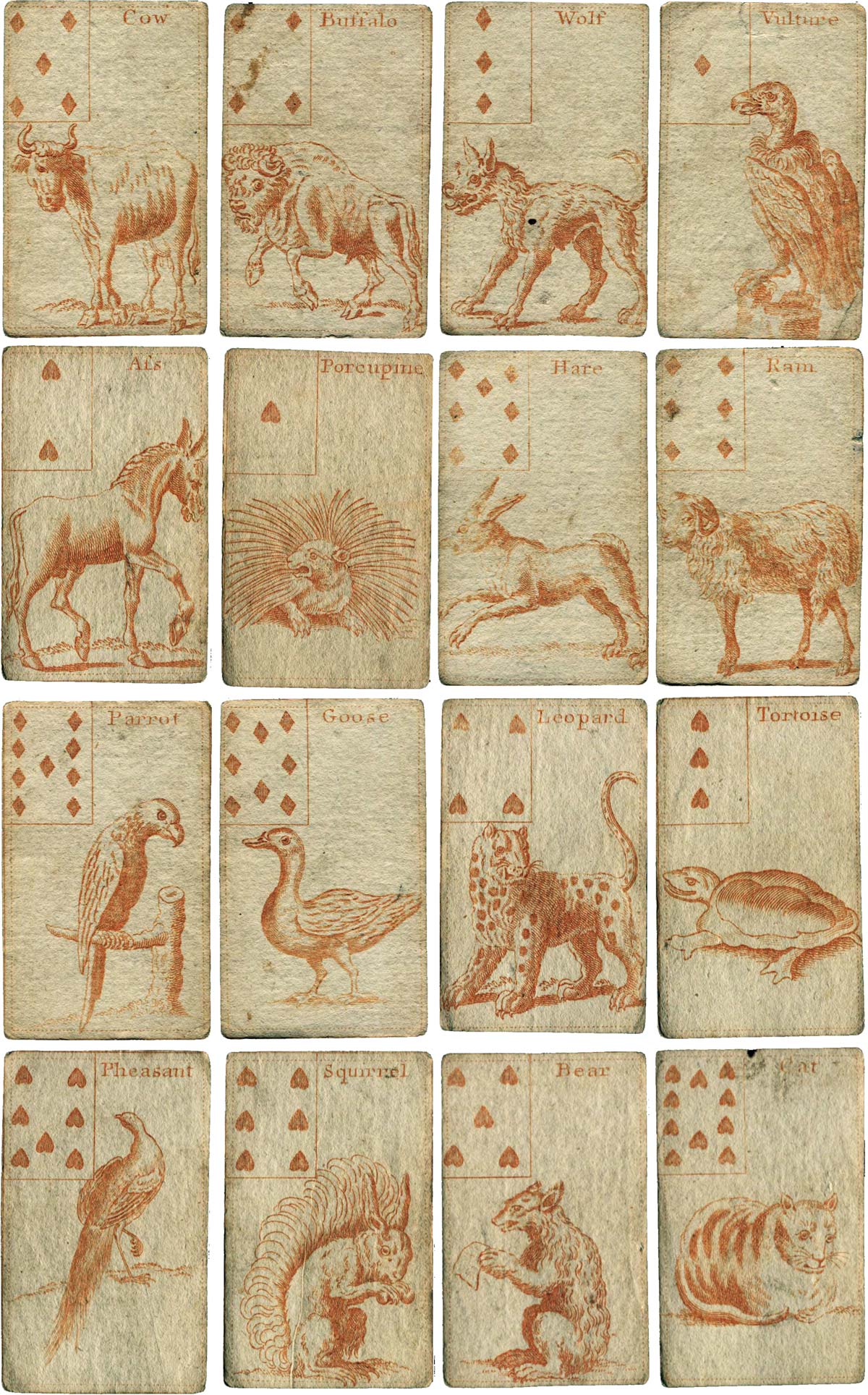