Geographical and other instructional playing cards were becoming a trend during the seventeenth century, often showing maps or, as in this case, a compendium of information. In this example the cards were advertised as “used for the recreation in all our English Games, so they are useful to all ingenious persons for obtaining a system of universal geography, which, by this contrivance, is rendered pleasant and familiar to all capacities”.

The greater portion of each card is occupied by a geographical account of various countries, including longitude and latitude, a systematic classification of which is given on the ace of each suit. The court cards have a central cartouche depicting kings, queens, ethnic groupings and dignitaries of the period. Hearts represents Europe, spades = Africa, diamonds = Asia and clubs = America. Similar sets were produced in France, Germany and Italy at around this date.

Brome priced the cards at one shilling if plain, two shillings and six pence if gilt & embellished and two shillings if bound in a book.

The numeral cards continue down to the four 10s. 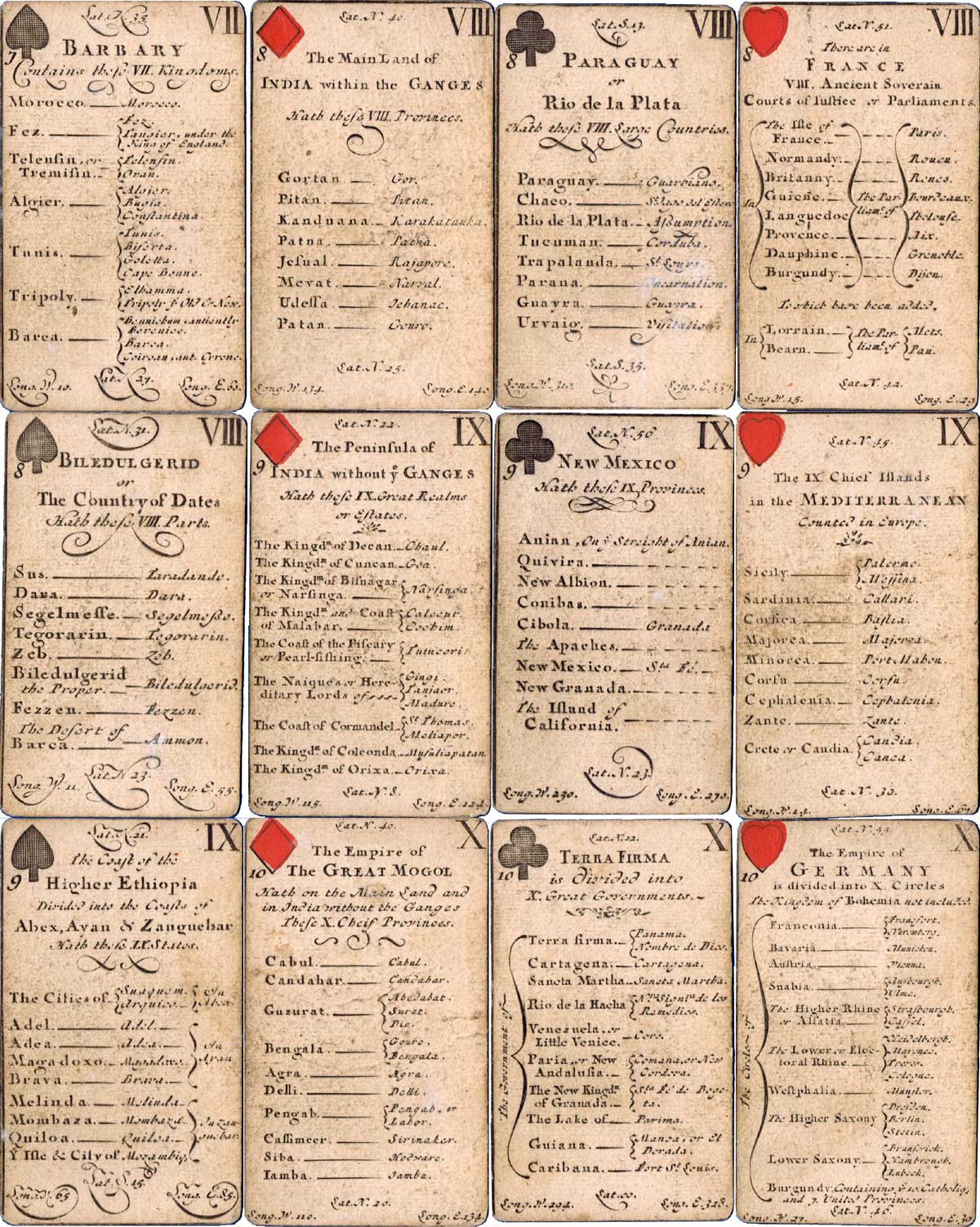 Above: Geographical playing cards sold by Henry Brome, second edition, c.1682. 52 engraved cards. The cards have both Roman numerals in the top right and Arabic numerals under the suit signs on the upper left. The suit signs are hatched engraving for the black suits and outline pip symbols with colour stencilling for red suits. The kings have a crown engraved in the top right corner. The copper engravings are by F. H. van Hove who was born in Haarlem, Holland, c.1630 and who appears to have worked as a portrait engraver in London. The cards were made “by Tho Poole, first Cardmaker of England”.