“Karoo”, a beautifully illustrated card game, was initially presented in a wooden box, but later reissued as “Triplem” in a cardboard box with a new illustration on it, produced in Bavaria by Oppenheimer und Sulzbacher for the Globe Series of games in the UK, c.1900. The game comprises 16 figures which are divided into three parts, the object being to complete as many complete figures as possible. See the Rules► 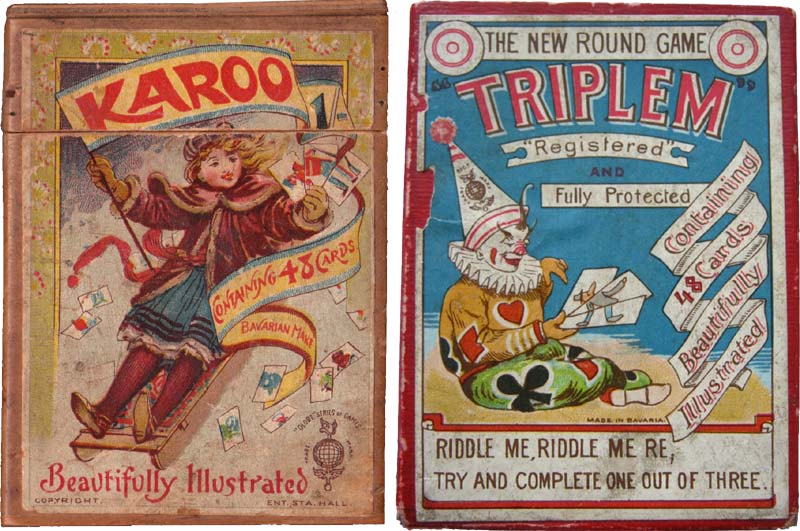 Above: two versions of the box. The cards were exactly the same. 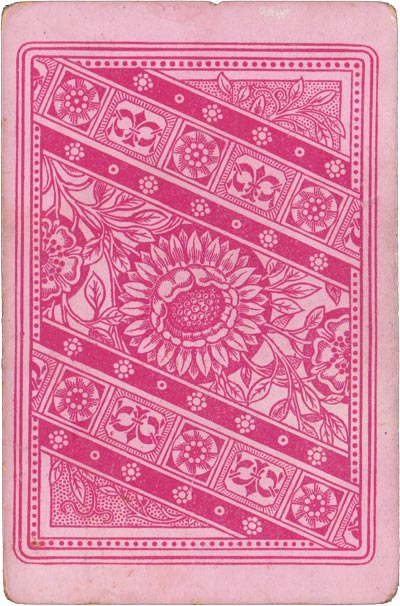 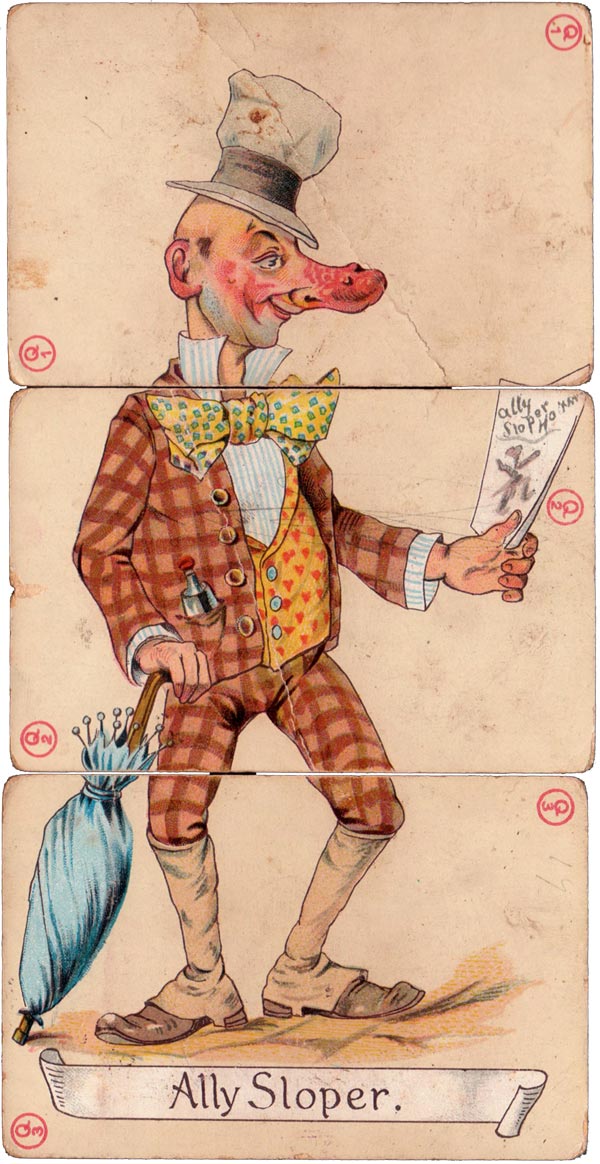