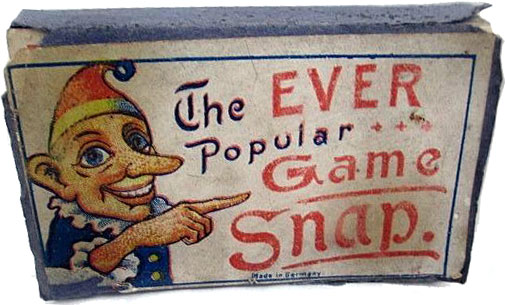 More one penny card games, 1900-1910. Most are anonymous and probably made in Germany, imported into the UK when our manufacturers were concentrating on quality games for wealthy people. This left a gap in the market for ordinary folk who could only afford these cheapo games which sold for pennies... 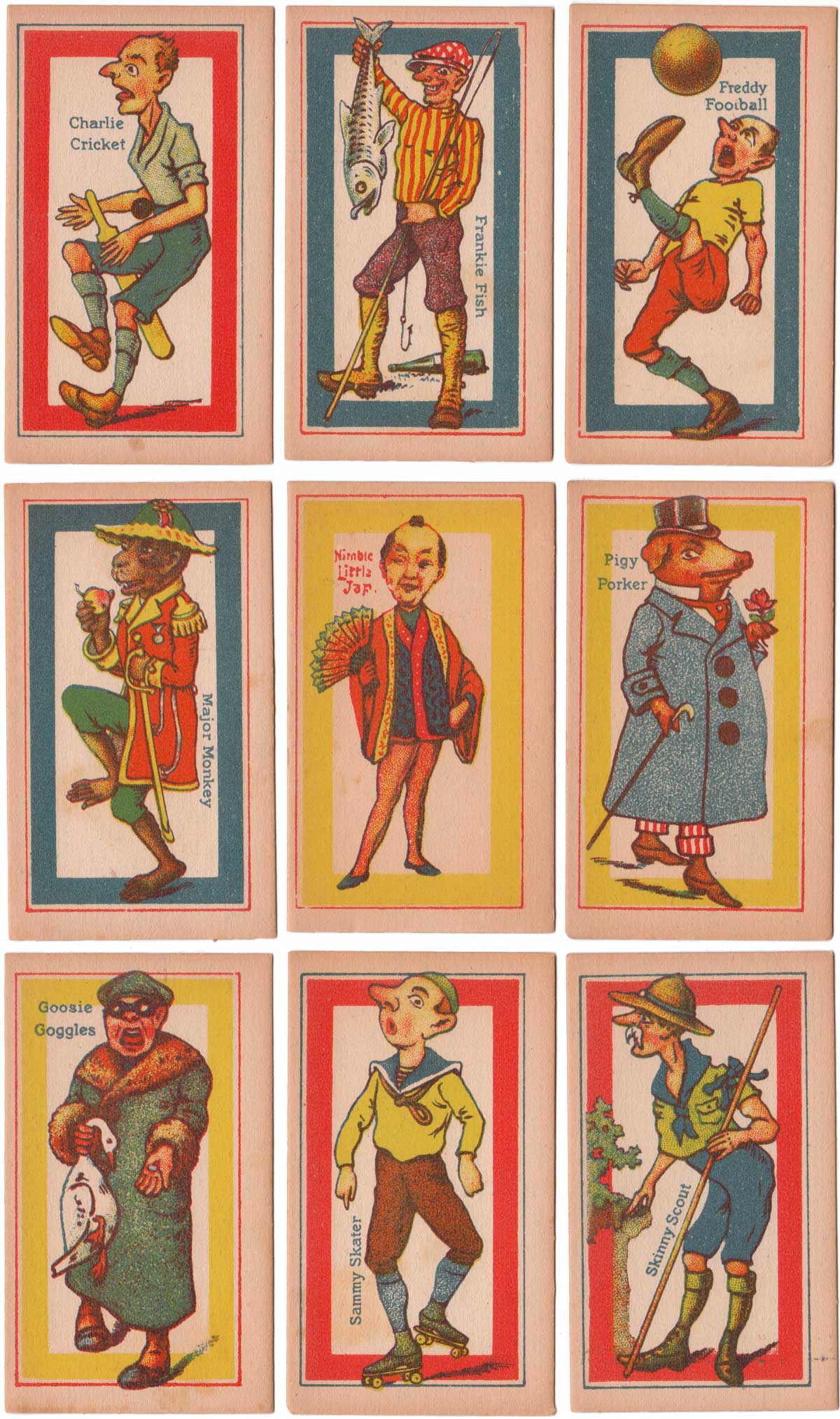 Above: The Ever Popular Game Snap, 36 cards, printed in Bavaria.

Above: not a good reputation for policemen at this time it seems. 32 cards with 4 making up each figure. 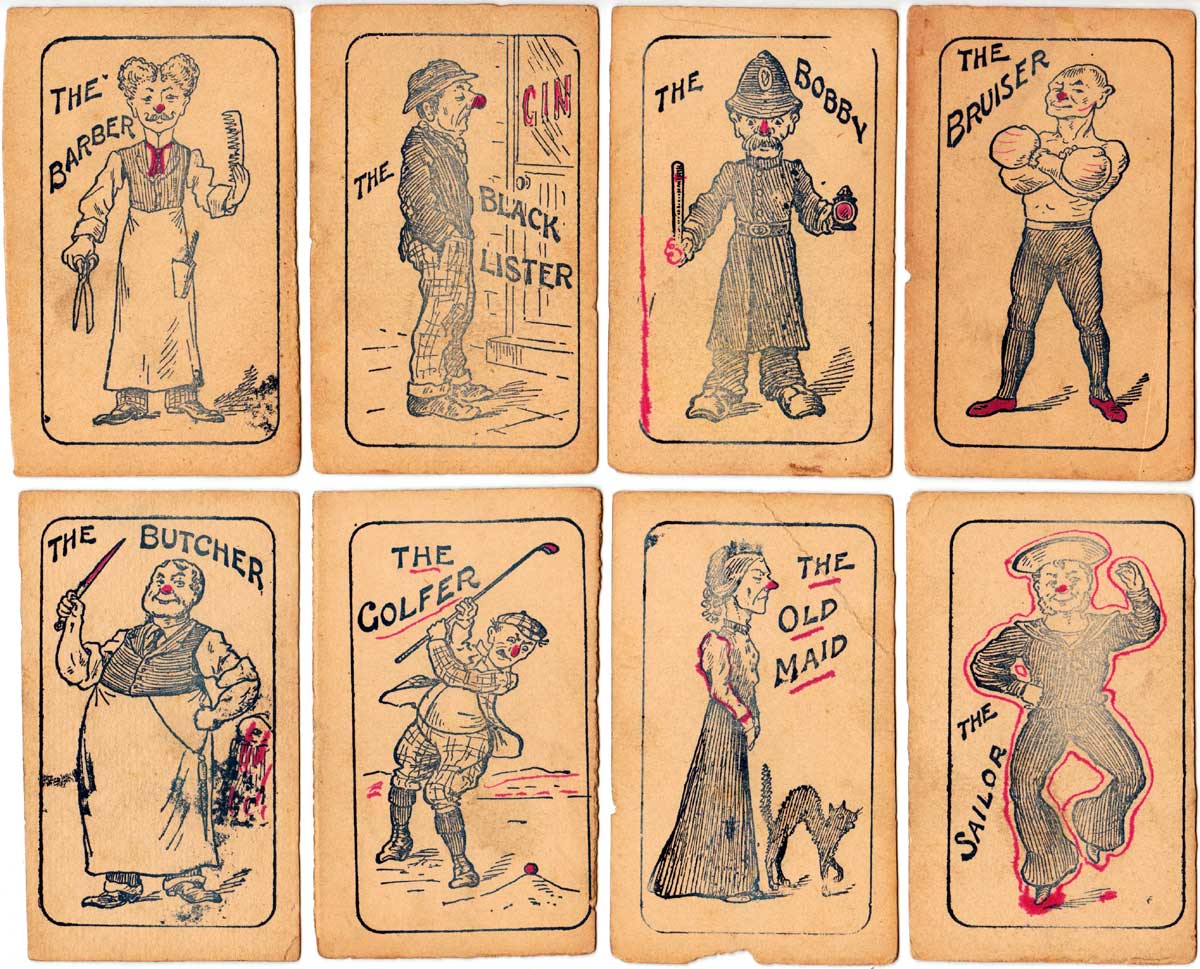 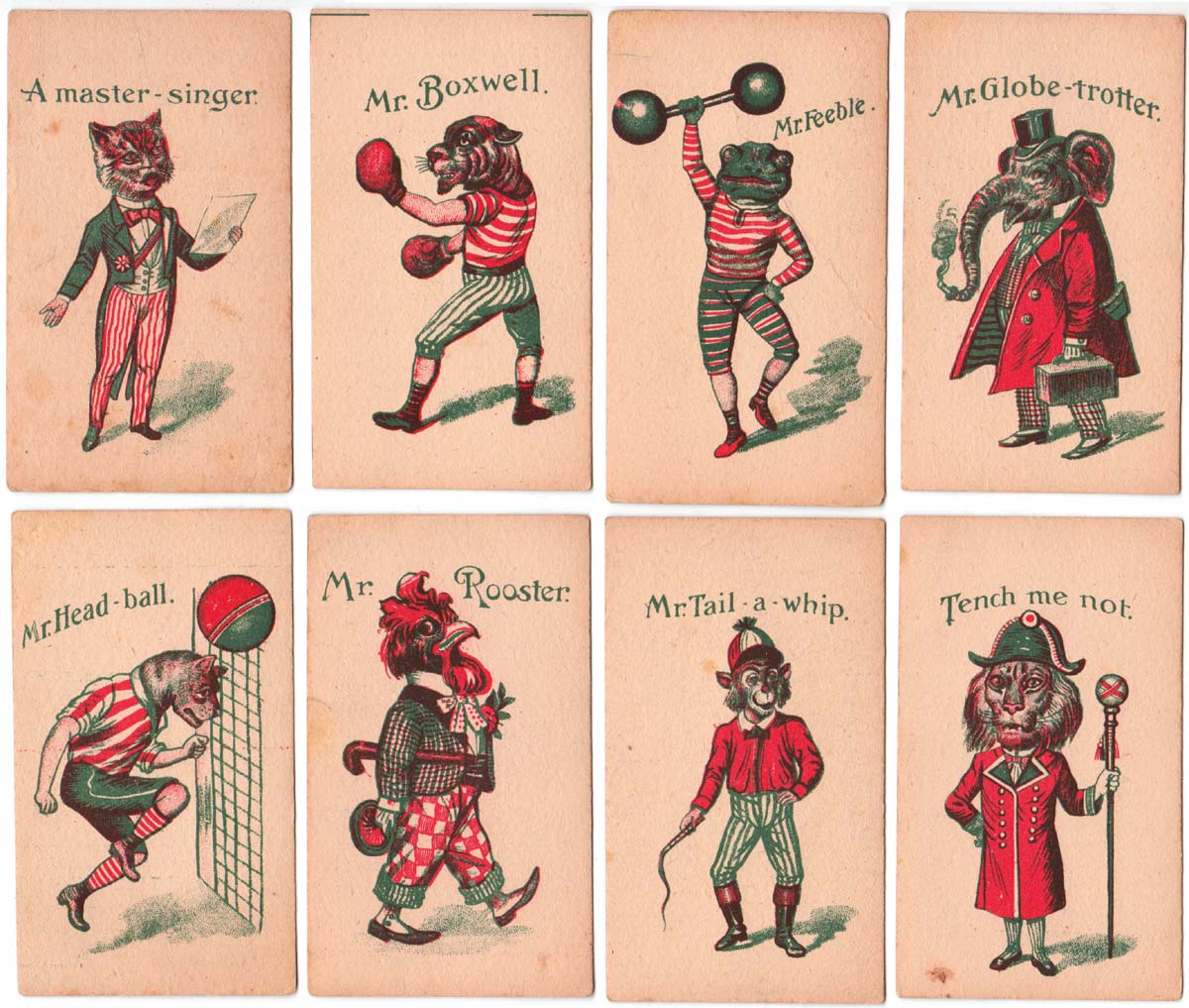 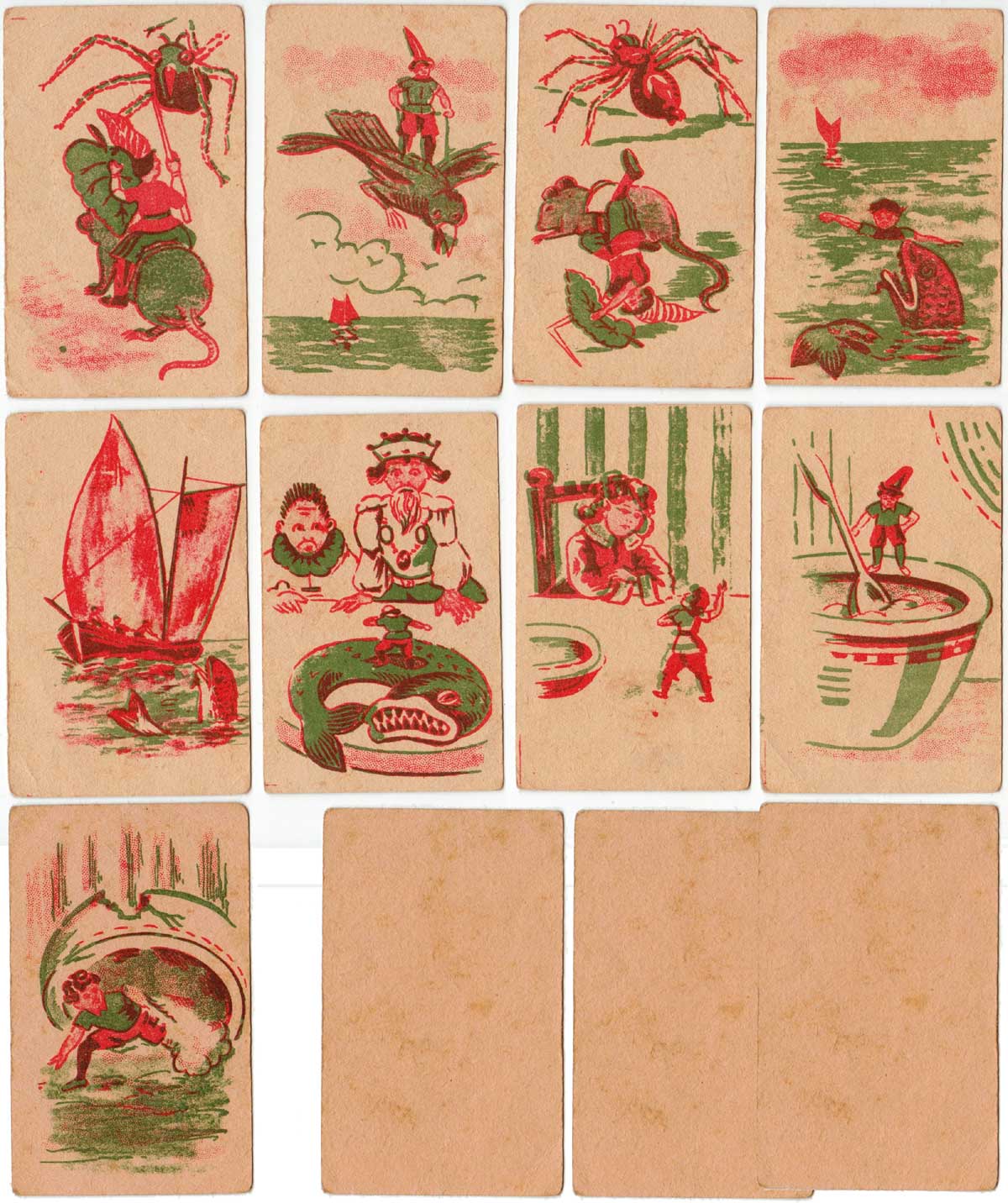 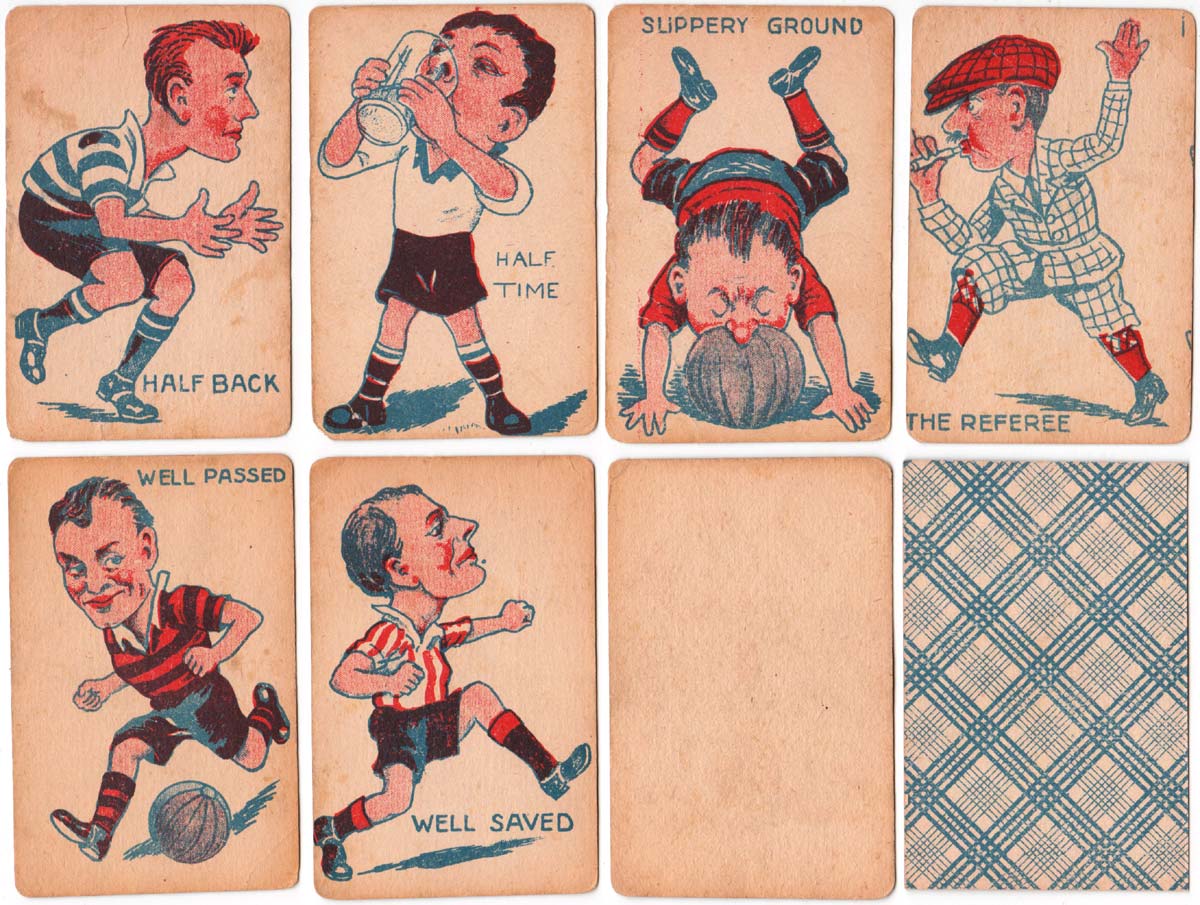 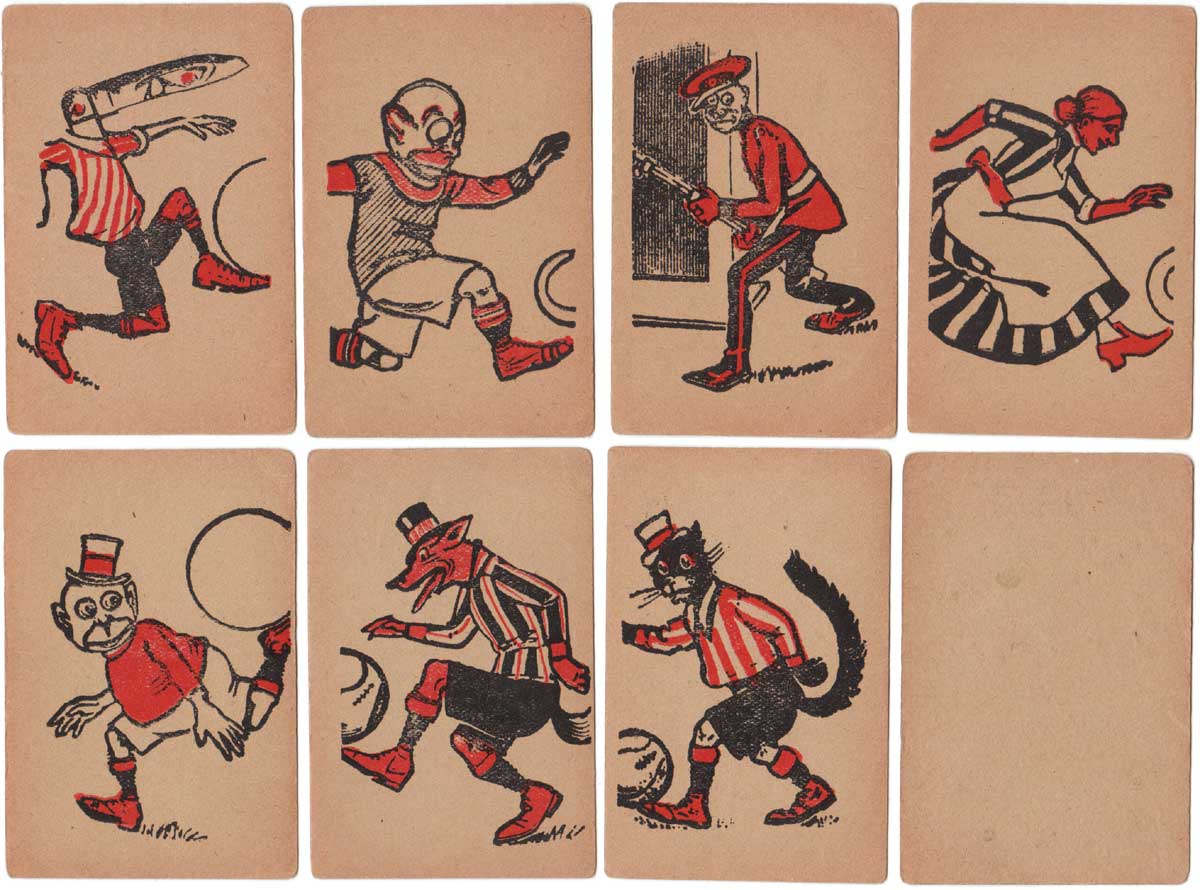 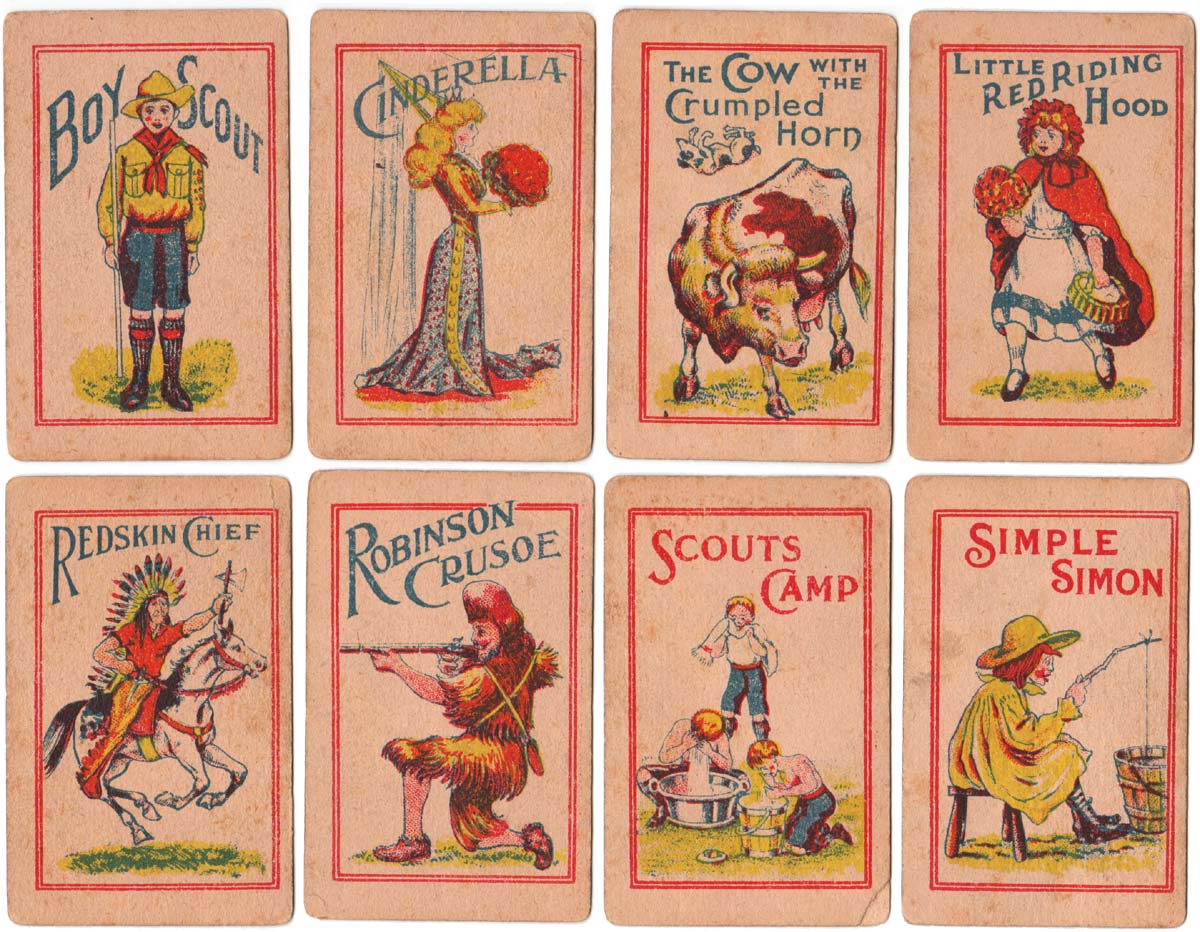 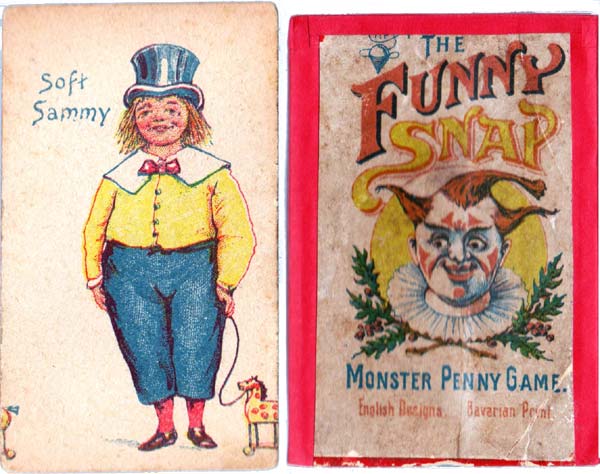 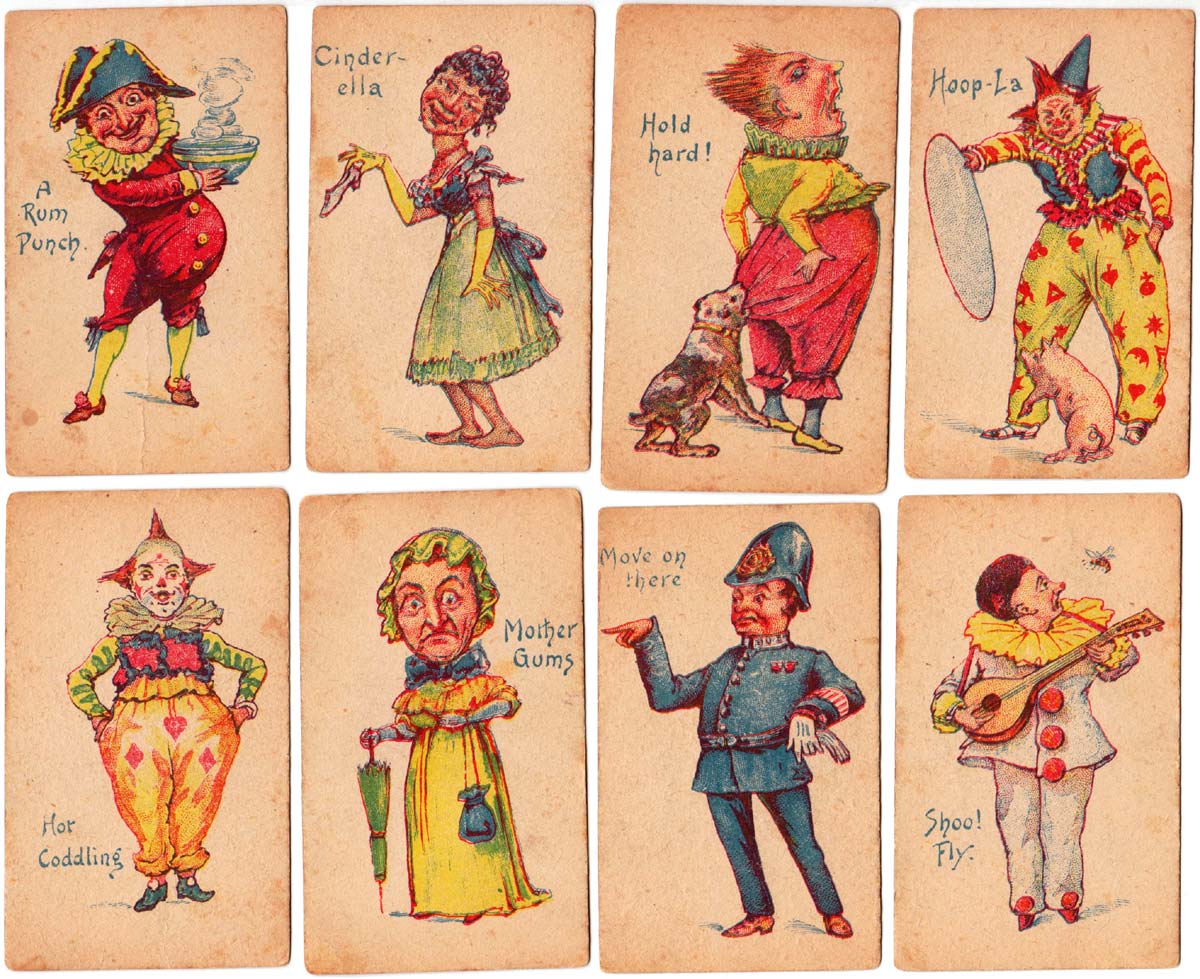 Above: The Funny Snap, Monster Penny game, designed in England, printed in Bavaria. 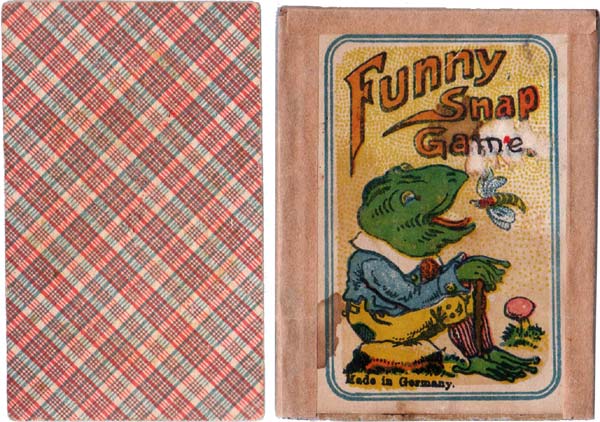 Funny Snap Game with nursery rhyme pictures, made in Germany. 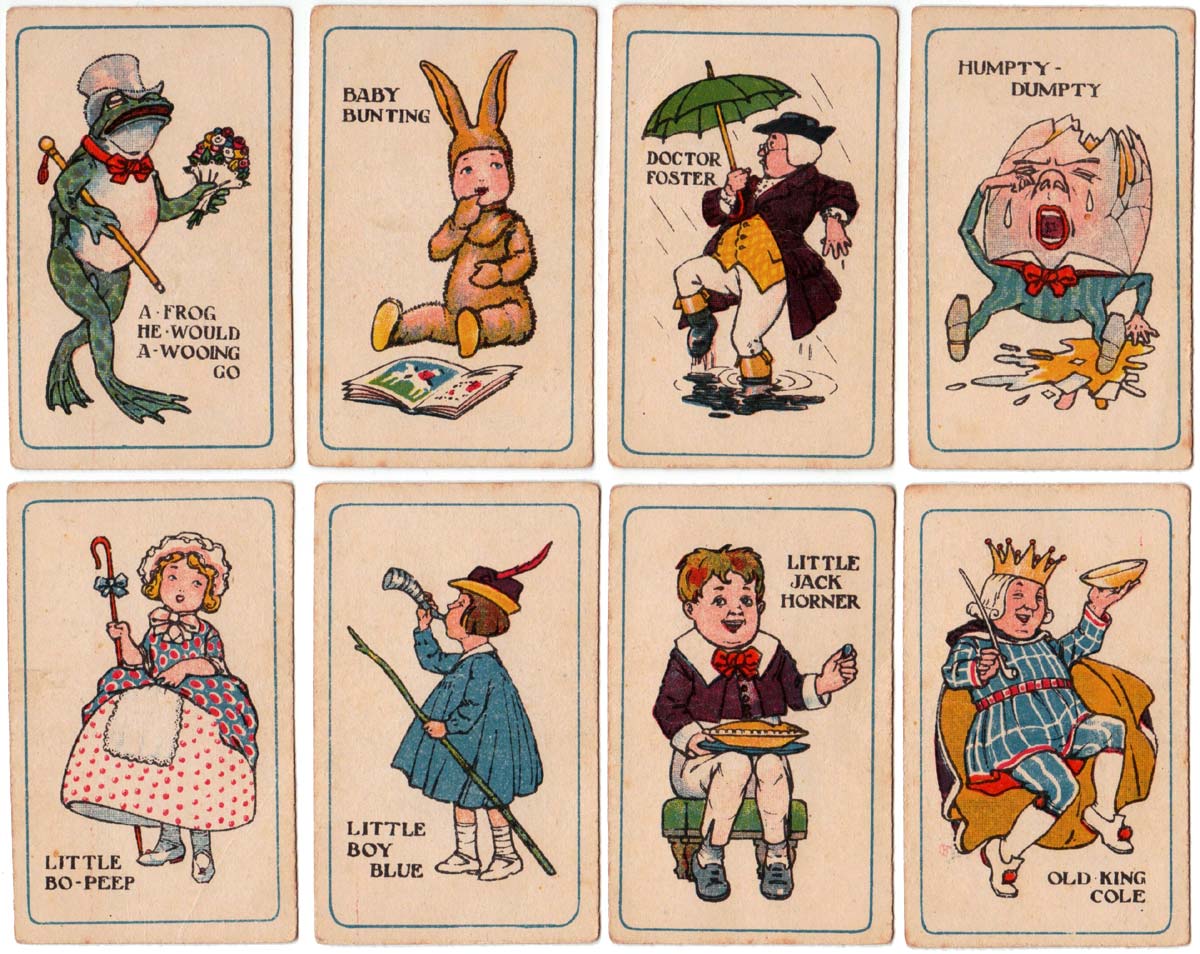 Above: under sized cards (48). Made in Germany in telescopic box, Lovely pictures. 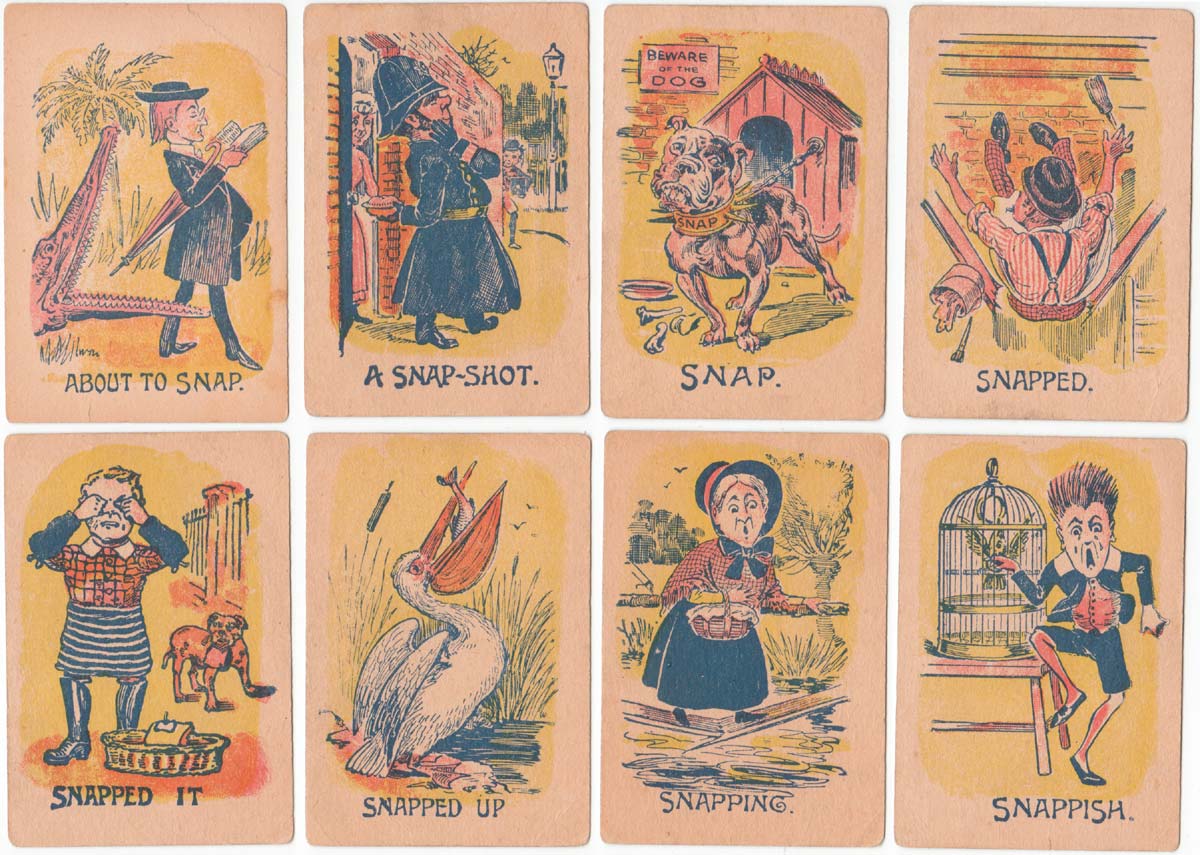 Above: Anonymous Snap game with diamond symbol on the box, 54 cards with 6 of each picture. Here is another game from this era suggesting the police were not very honest.

As far as their marketing is concerned I can only guess. I don’t believe they were ever included with any other purchases (like Cigarette or Tea cards). I think they all probably were at first in a box or paper sleeve neither of which lasted very long being so cheap and of poor quality. The fact that so many have missing cards does suggest they were played with but may also have been easy to get damaged and discarded. We will probably never know the answers – all the people who played with them are now dead. Books about domestic life in those days were only written by educated middle class people who only ever new the much more expensive games they and their children played with. A large number of poorer people couldn’t read or write let alone report on their lives for posterity in literature.