German question and answer game with humorous characters divided into two halves, produced in a period style of around 1810. Comparable to the once popular “Misfitz” games in which characters are divided into top, middle and bottom parts, this new game has only two halves. The questions are on the top halves whilst the answers are on the bottom halves, so that many often hilarious combinations are possible. See the Rules► 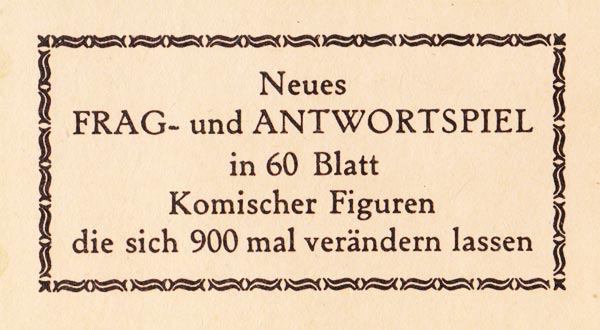 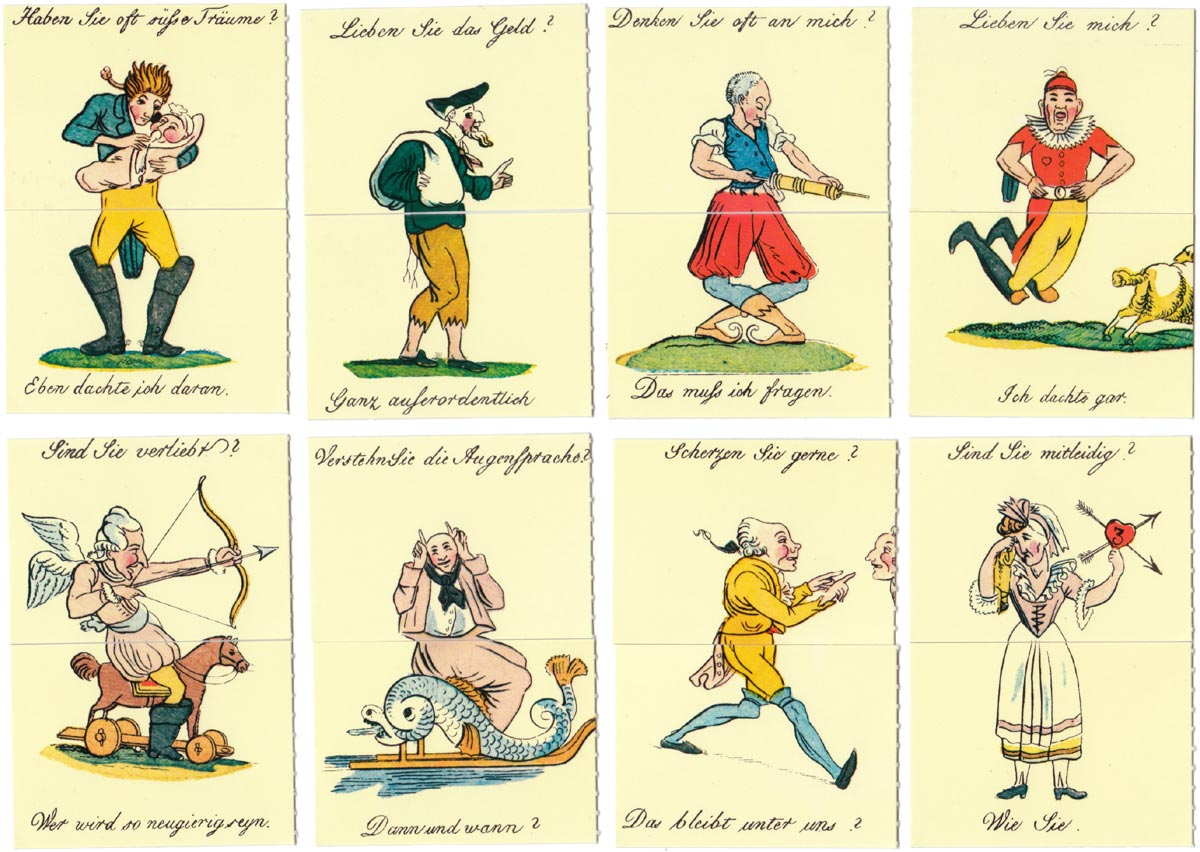 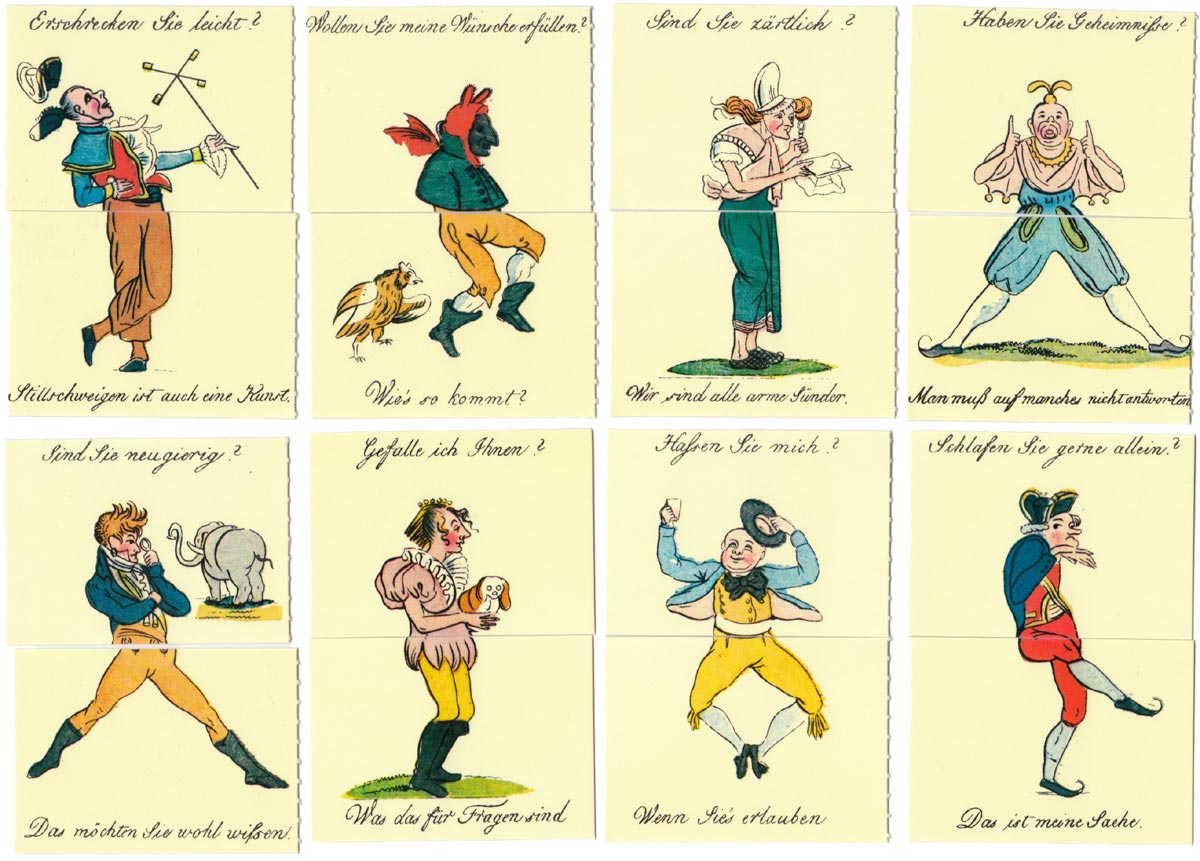 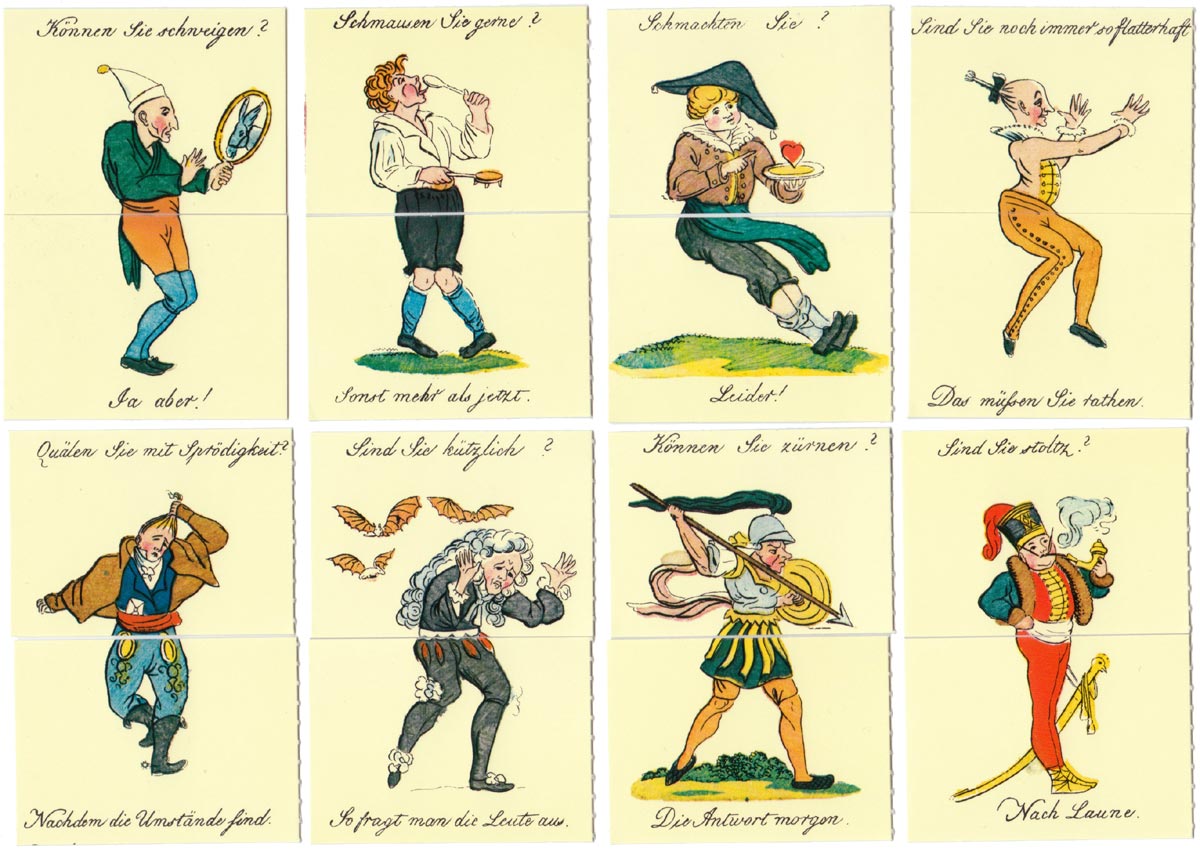