Snap card game, one of the earliest published in UK by Globe (Oppenheimer und Sulzbacher) late in the 19th century. Each card is repeated four times. 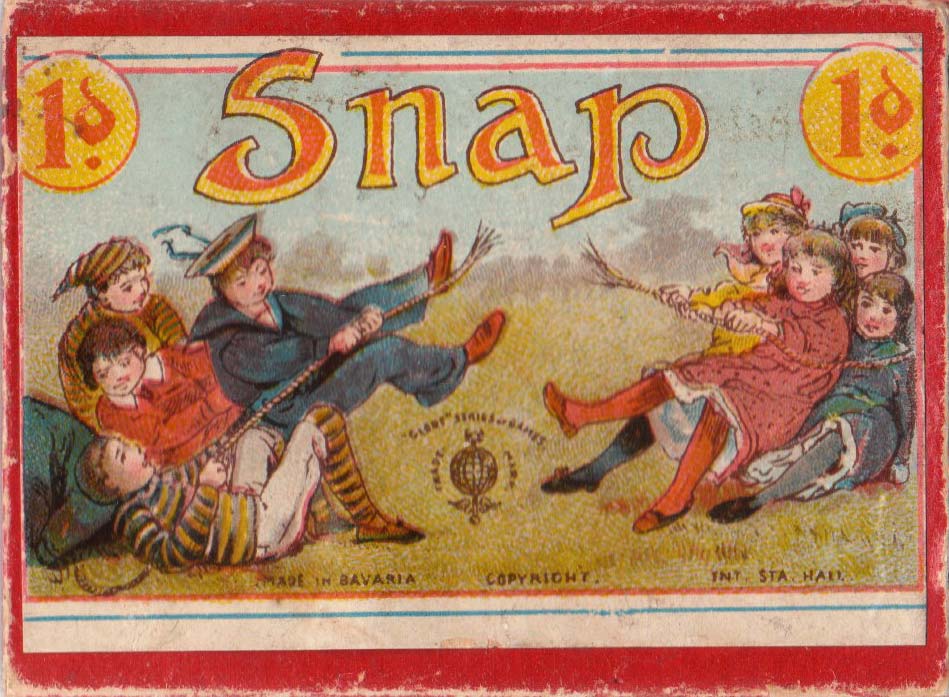 Above: the box illustration features a tug o' war game with the Globe Series trade mark and the legend ‘Made in Bavaria’   Click to zoom. 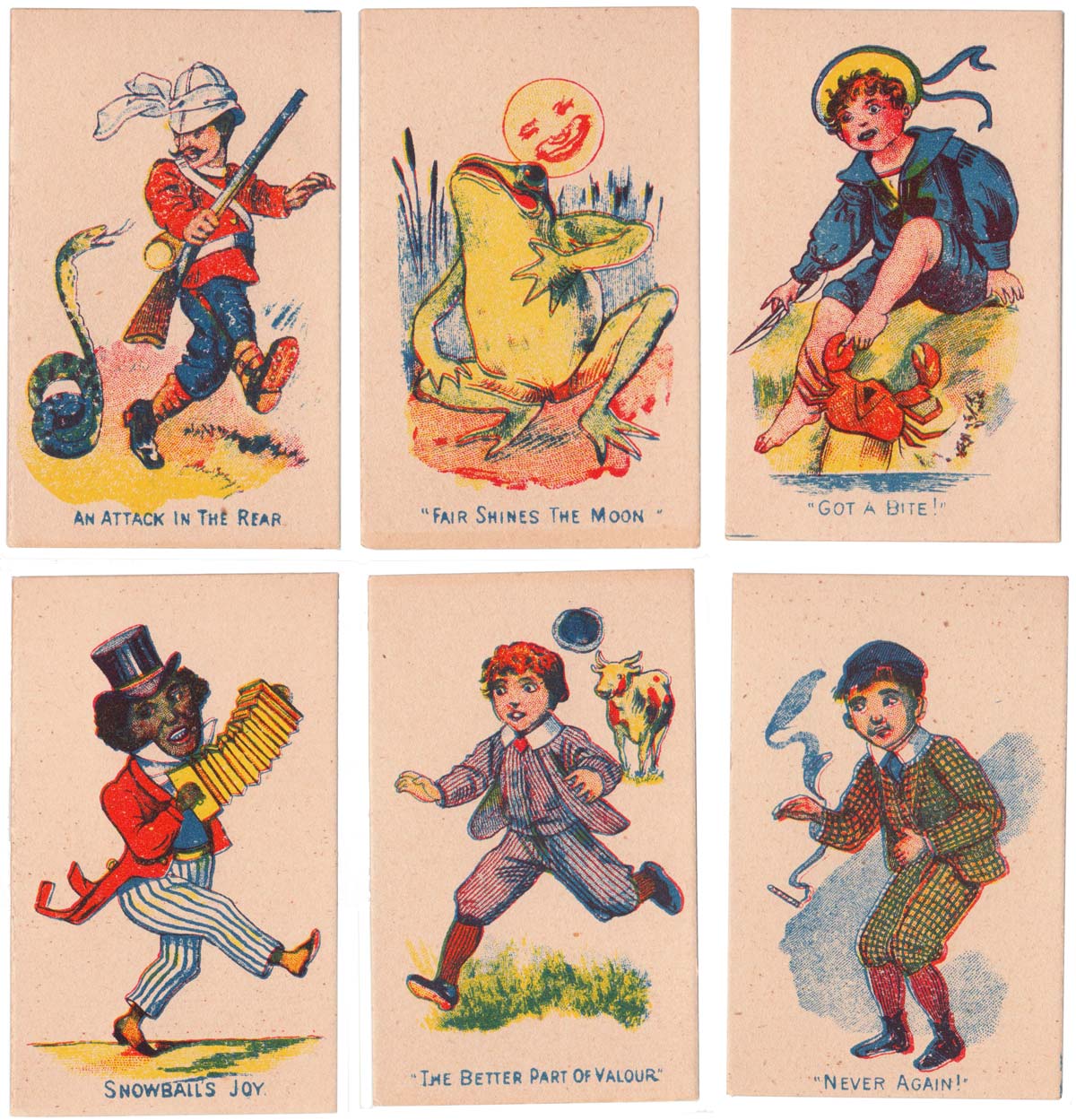 Above: Snap card game published in UK by Globe (Oppenheimer und Sulzbacher), late 19th century. 24 square-cut cards in telescopic box, price one penny. Designed to catch the pennies from poor people as well as the rest of their range which were too pricey for them.