‘Doctor Who Adventures’ is a weekly (formerly fortnightly) magazine published by BBC Magazines aimed at younger readers based on the long-running science-fiction television series produced by the BBC. The magazine launched with its first issue cover-dated 5 April 2006, priced £1.99. From time to time free playing cards are included with the magazine and some of these are shown here. 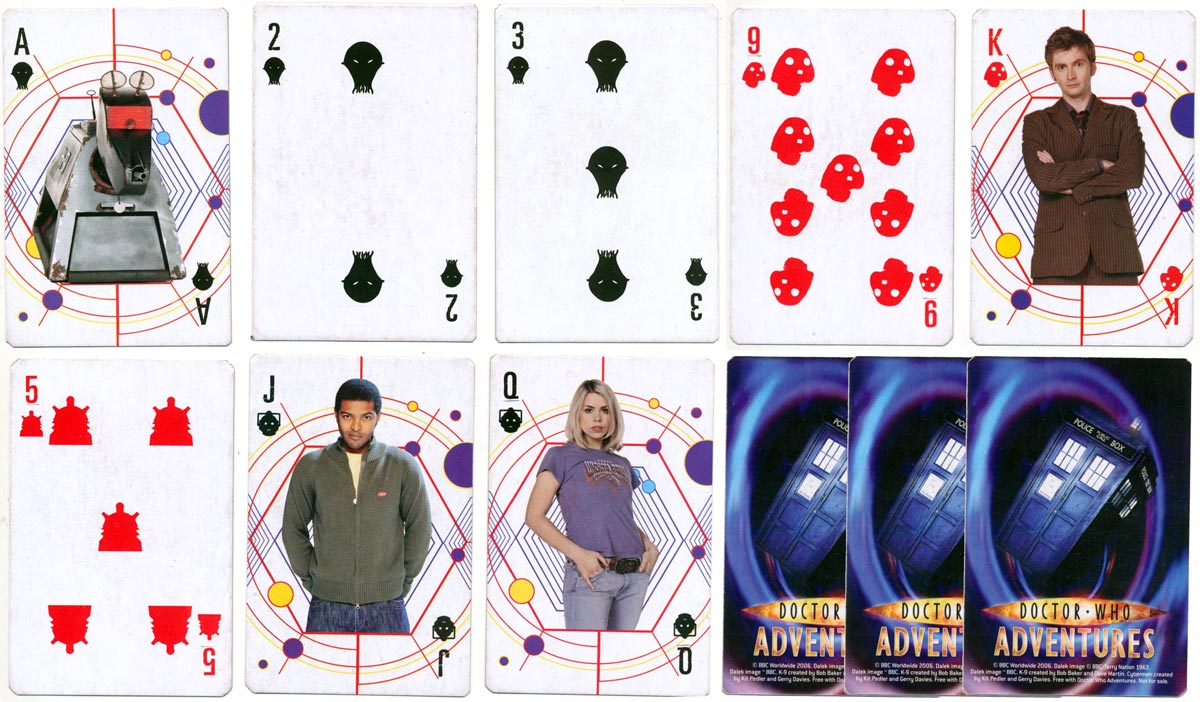 Above: in 2006 the children's magazine 'Dr Who Adventures' included a free deck of cards based upon characters from the BBC television sci-fi series 'Dr Who'. The suits have been replaced by characters from the series, Daleks, Cybermen, Slitheen and what looks like Ood. © BBC Worldwide 2006. Dalek image © BBC/Terry Nation 1963. Dalek image ™ BBC. K-9 created by Bob Baker and Dave Martin. Cybermen created by Kit Pedler and Gerry Davies. 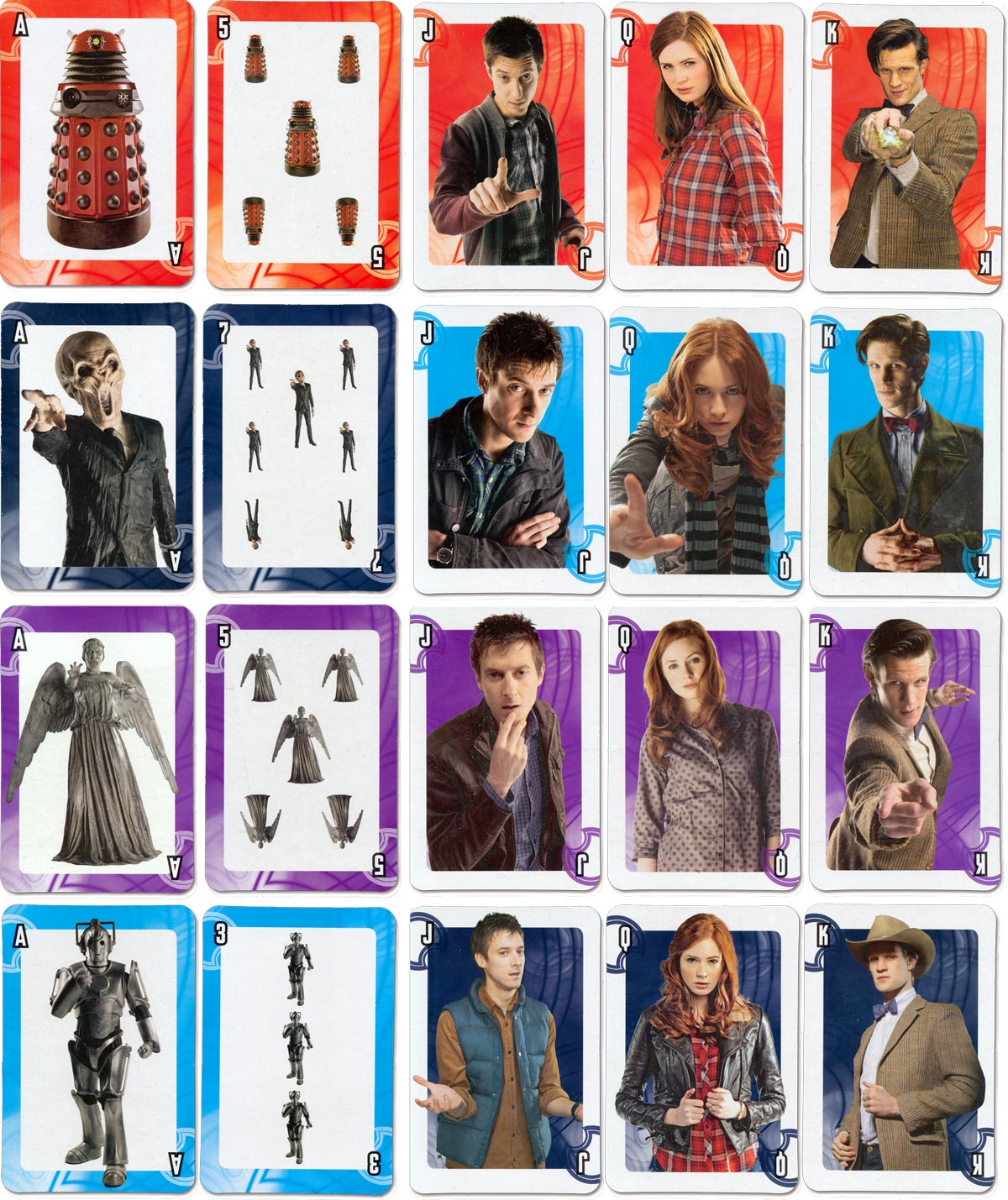 Above: a freebie with the children's magazine 'Dr Who Adventures' in 2009, they are notable in that the suits have been replaced by characters and are colour coded. 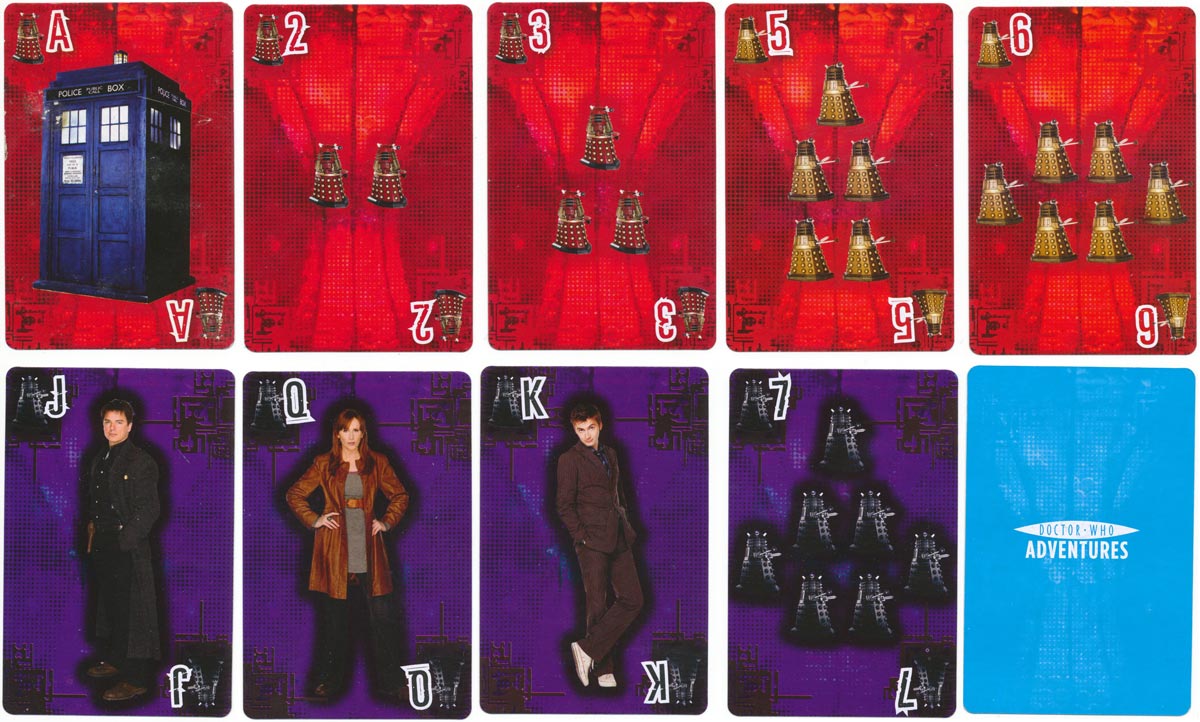 Above: free cards given away with the children's magazine 'Dr Who Adventures' with colour-coded suits of daleks in red, gold, black and silver.