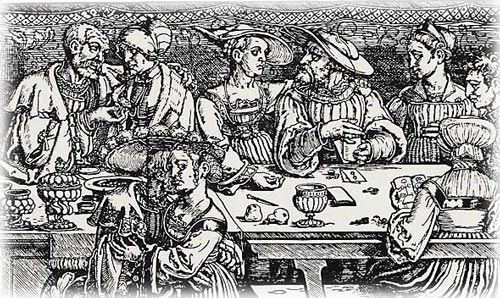 Hans Beham was born in Nuremberg in 1500. Tradition suggests that he received tuition from Dürer. He began his career in 1519 using the monogram H.S.P. and this pack of woodblock playing cards was produced when he was 23 years old. He continued to work in his home town until 1525 when he was exiled for heresy. He is next known at Frankfurt in 1531, having changed his monogram to H.S.B. He died in Frankfurt on November 22, 1550. 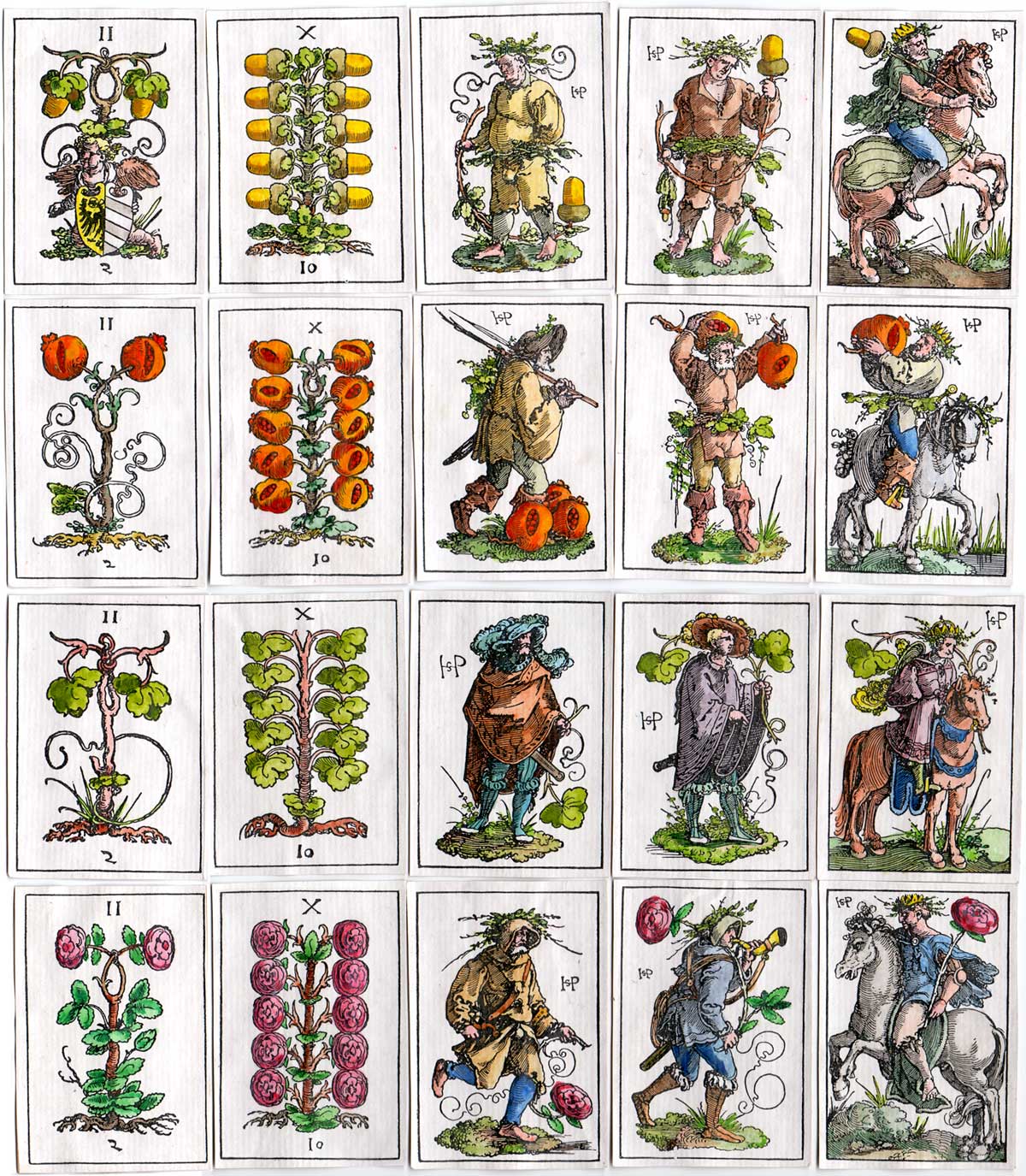 Above: cards from hand-made facsimile copy of the pack made from black & white outlines painted with watercolours, total 48 cards, 2014. The colours are not necessarily authentic. Size of original cards: 94x64 mm. The number cards have the suit symbols growing from a central trunk, and run from deuce (2) to 10 (without banners) which are index marked in Roman numerals at the top and Arabic numbers at the bottom. Apart from the three of acorns, there are no vignettes of country scenes or animals on the numeral cards. 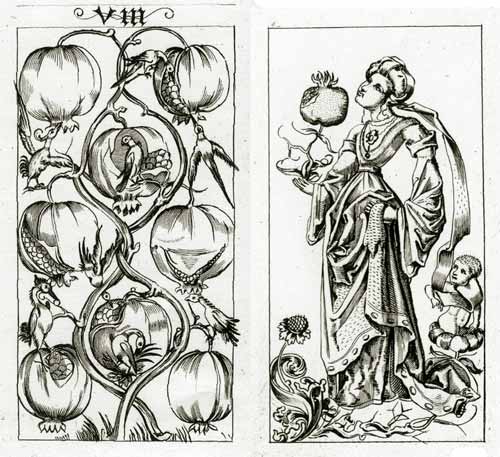 Above: the pomegranate as a suit sign is also found in the latin-suited pack of cards by the South German Engraver (c.1496) which has 52 cards running from Ace to banner 10, female 'Sota', horseman and king. Many cards are decorated with young children or animals playfully cavorting between the suit symbols. In this case the suit sign of pomegranates probably alludes to the recently reclaimed kingdom of Granada.

The composition of the pack is deuce → ten, unter, ober and mounted king in each of the suits of acorns, pomegranates, leaves and roses. The deuce would have been the highest card as there were no aces. At this time the German suit-system was not yet standardised and packs are known with different systems involving everyday objects such as flowers, animals, birds, hunting equipment or coats of arms. Packs of the German suit system both with the values 1 → X and deuce → X are known. Mounted kings are also found on many sets of German playing cards into the 16th century.

The pomegranate as a suit sign is again found in the latin-suited pack of cards by the South German Engraver (c.1496) which has 52 cards running from Ace to banner 10, female 'Sota', horseman and king.

Some of the images from Hans Beham's cards were copied by other engravers from Nuremberg, in one particular case a latin-suited pack containing knave, cavalier and king.