Carte Romane were designed by Giorgio Pessione for Capitol Carta Roma, 1973. The publishers were aiming to establish “Carte Romane” as a distinctive regional pattern for Rome, the most famous of all cities, capital of Italy, which up to that time was missing from card tables. The deck celebrates the ancient history of Rome, founded on an act of love and death... See the Leaflet►

The cards have traditional Hispano-Italian suit symbols, and the courts feature Roman-style warrior-knaves, centurion-knights and emperor-kings. Symbols and allegories such as the Mouth of Truth for coins, Roman daggers, Vesta’s Temple, the Colosseum, Arch of Titus, the letters S.P.Q.R. etc. decorate the cards. Unfortunately they were not successful owing to the greater popularity of the Piacentine pattern. See the Box► 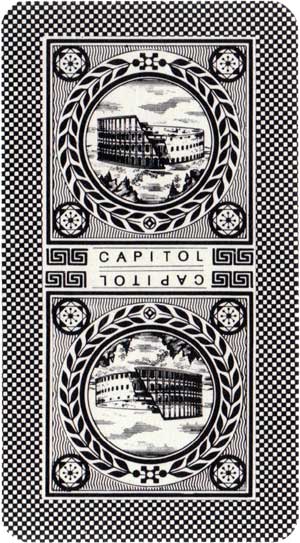 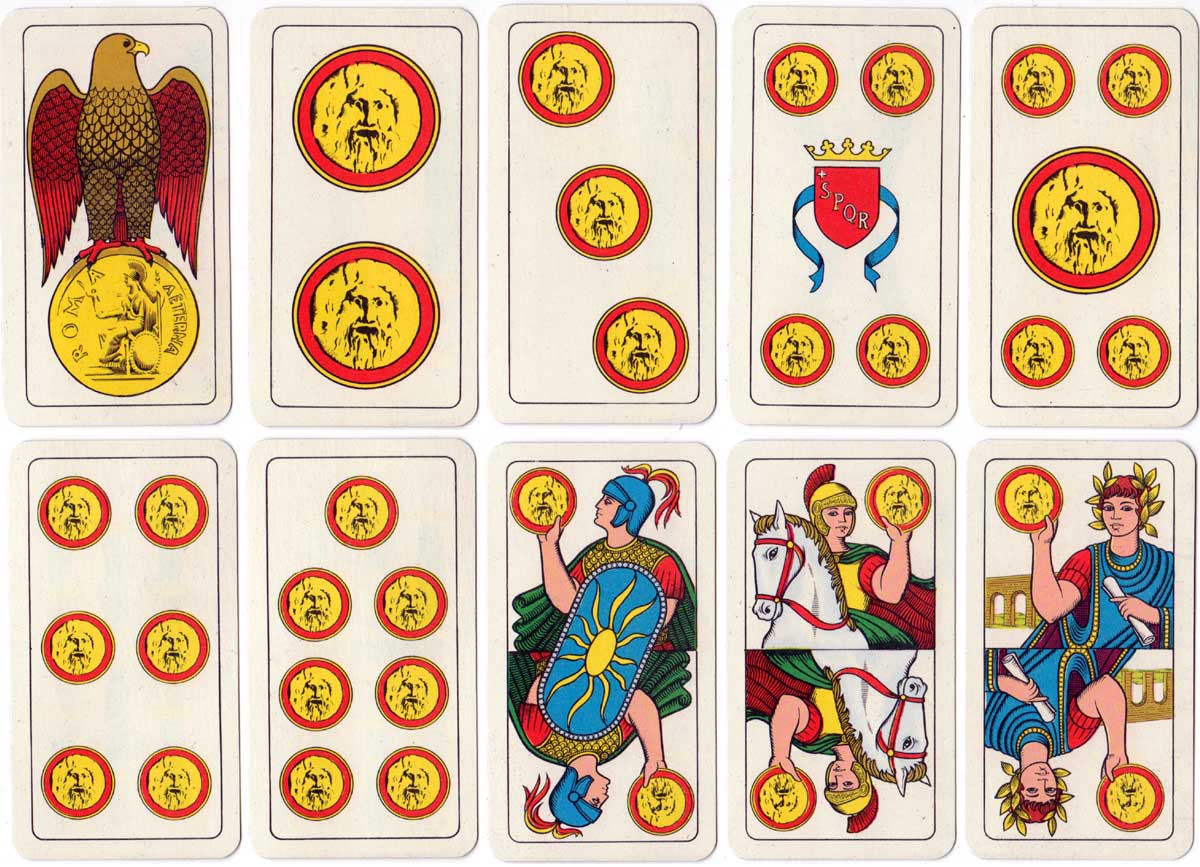 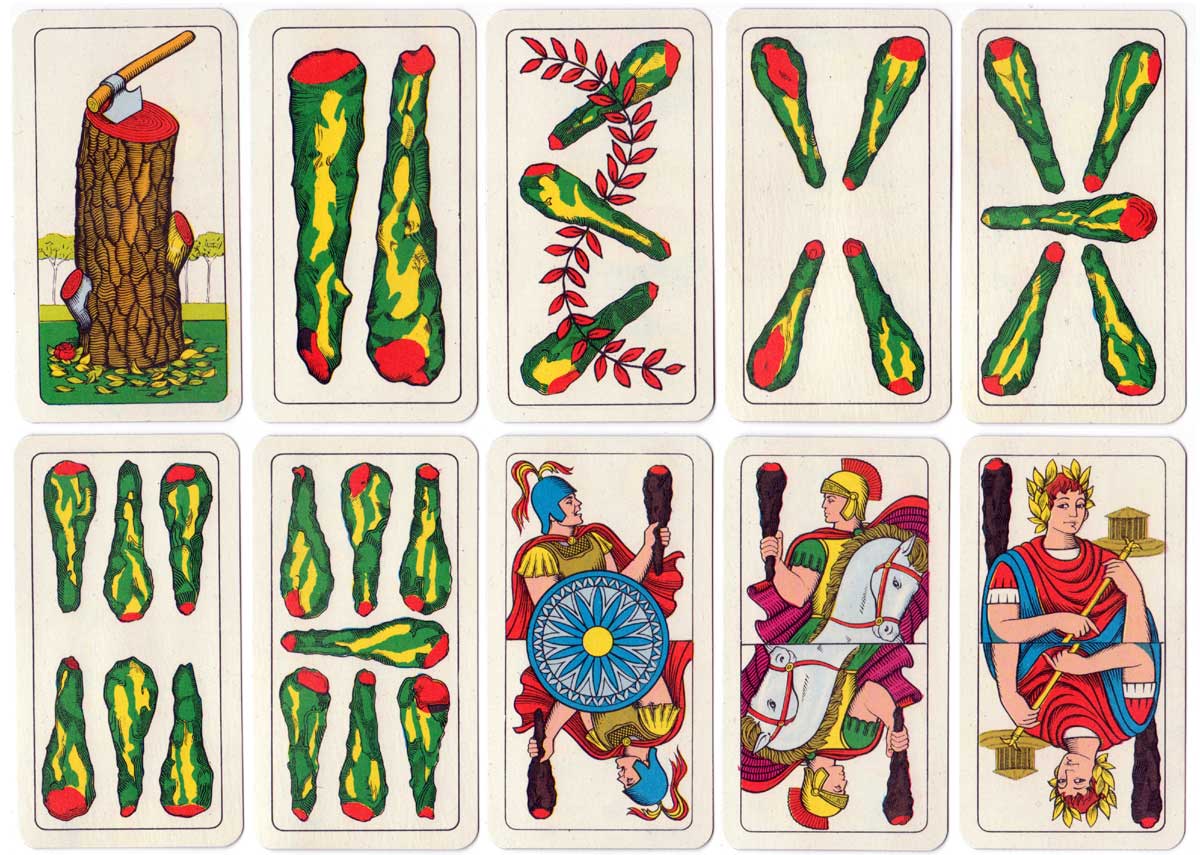 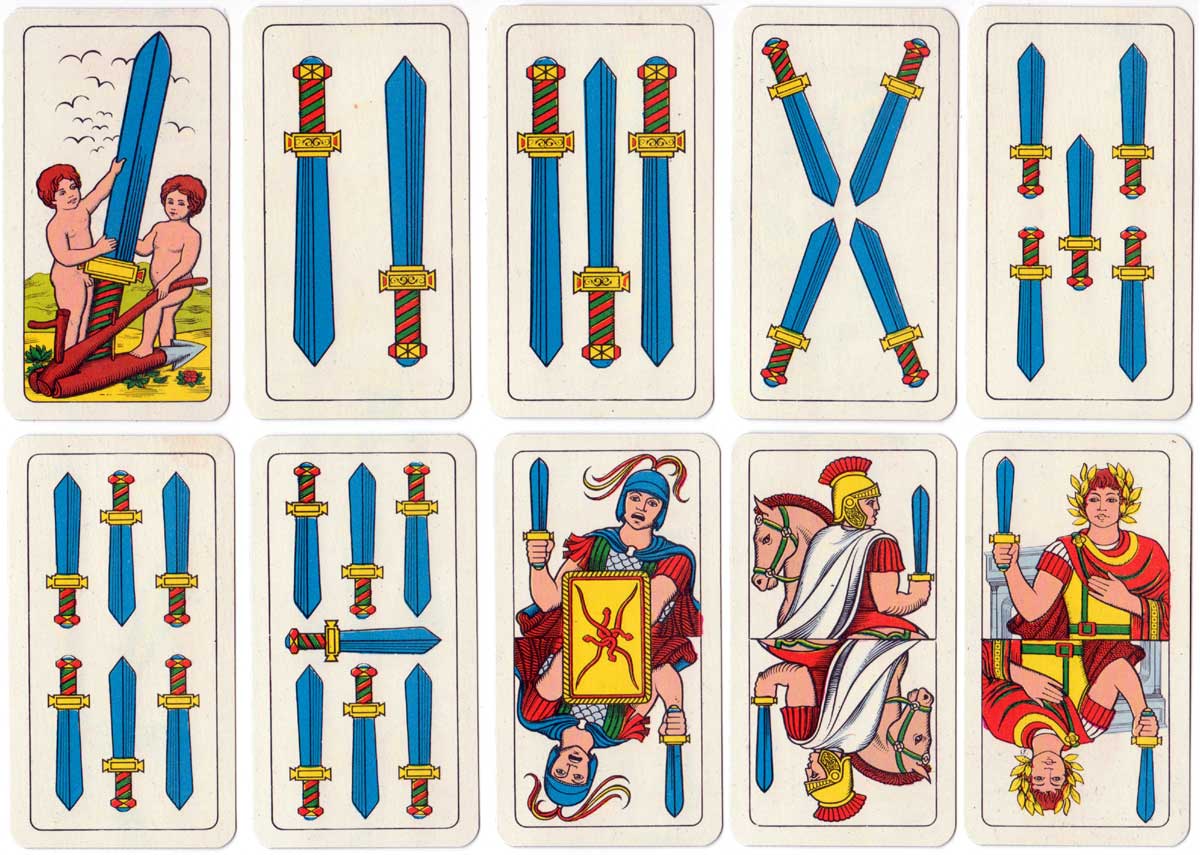 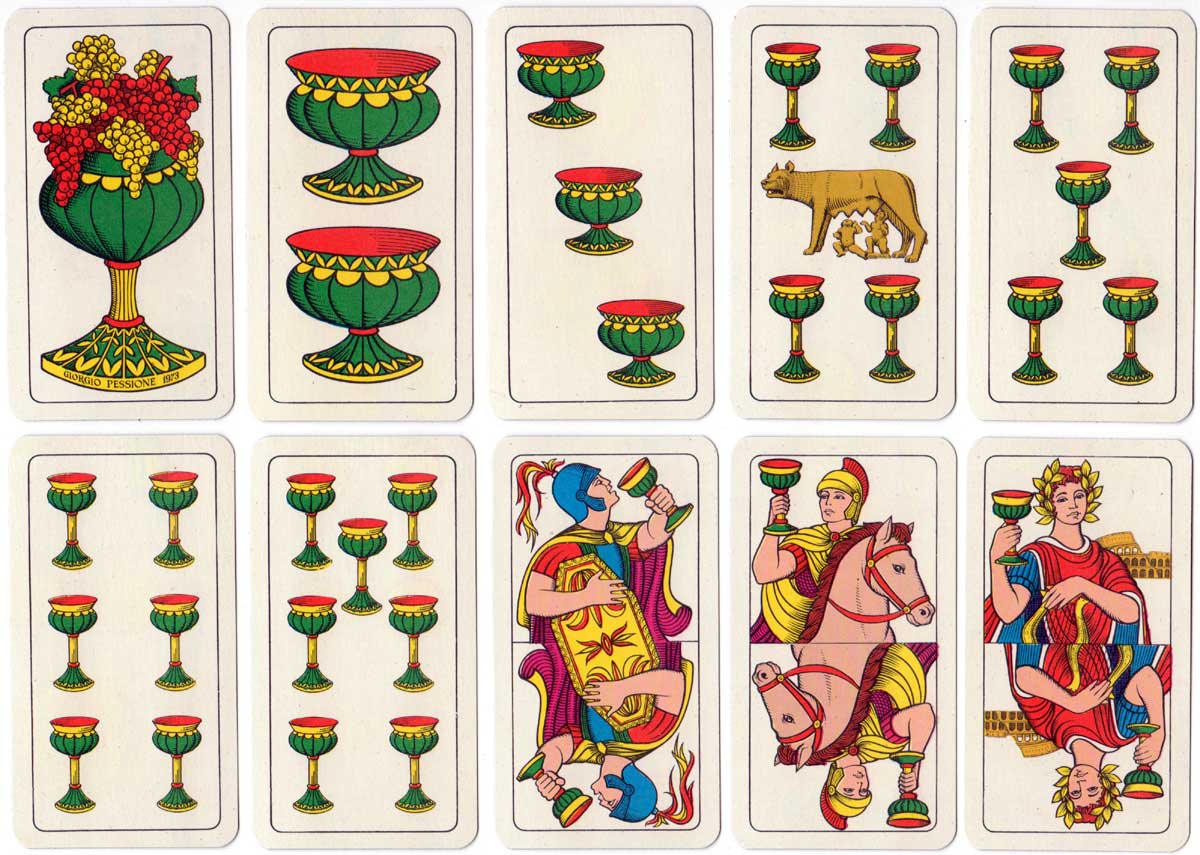 Above: Carte Romane designed by Giorgio Pessione for Ferruccio Petrelli, Capitol Carta Roma, 1973. The name of the designer, Giorgio Pessione, appears around the base of the ace of cups. Images courtesy Rex Pitts.

An international Poker deck was also produced by Capitol Carte Roma showing Romulus and his twin brother Remus, founders of the city of Rome, on the ace of diamonds.