Primiera Bolognese was a gambling game played in Italy from the first half of the 16th century and this pattern derives from that period or even earlier. As it is now produced as a double-ended deck, some archaic features have been chopped off. Originally it had maids instead of jacks in cups and coins (a feature shared in Florentine Minchiate) and it also shares court card designs with Tarocco di Bologna. The dragon head on the ace of swords can still be seen. See the Box► 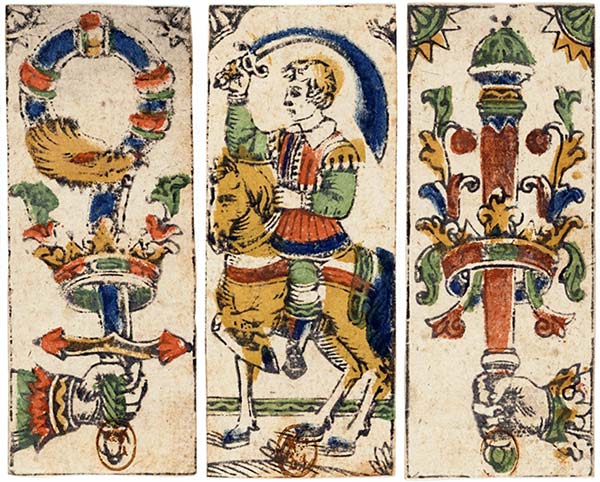 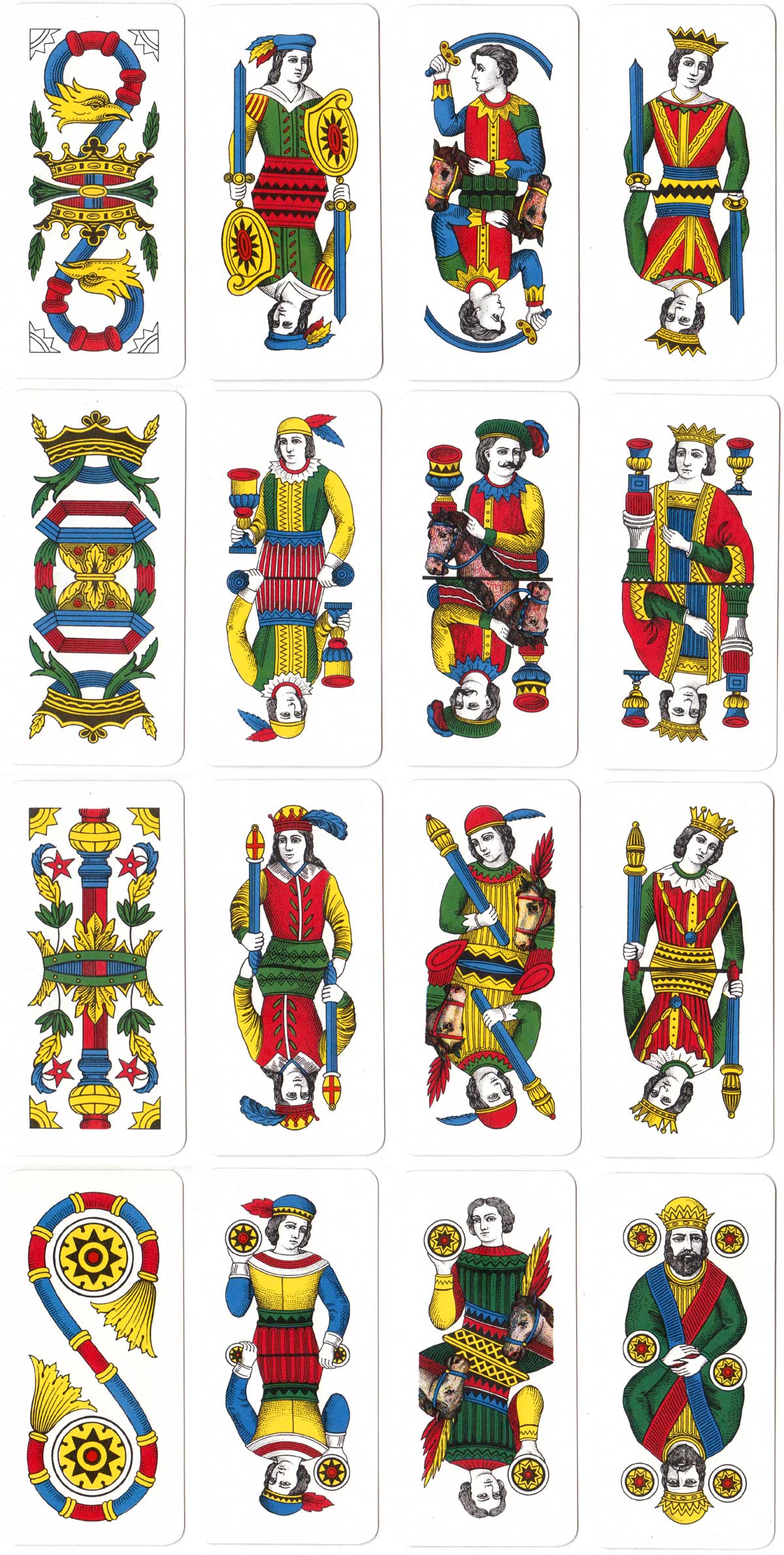 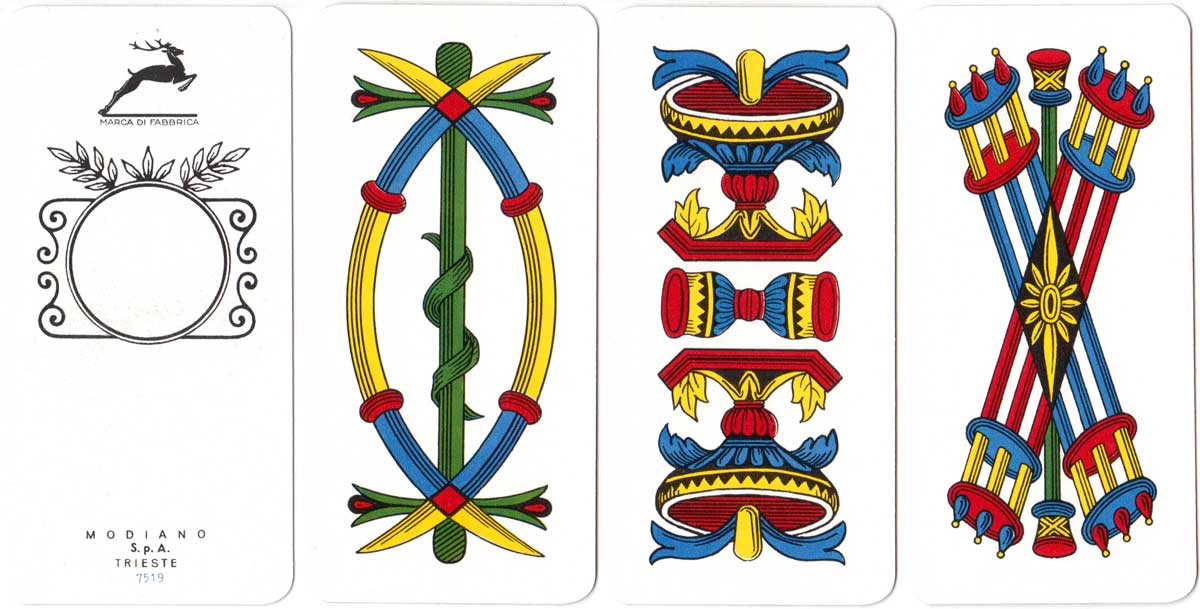 Above: Primiera Bolognese by Modiano, c.1975. The Primiera deck has 40 cards: Ace to 7, Knave, Knight, and King. The numeral cards have interlaced swords and staves. The object of the game is to attain the highest possible hand. The player who holds the prime, a sequence of the best cards and a good trump, is sure to be successful over the adversaries – hence the game’s name. Images courtesy Rex Pitts.