The front cover of Life Magazine, May 30, 1955, featured a colour photo of “Historic Playing Cards commemorating early U.S. events and heroes” whilst the accompanying article inside the magazine displayed “the masterpieces of colonial designers who created native styles as statesmen were building a new nation... Long before 1776 the independence of America was being declared by its arts and manufactures.. silverware, guns, furniture, houses & playing cards...”  The court cards shown are in fact from the Seminole Wars deck by J. Y. Humphreys, Philadelphia, c.1819, whilst the Ace of Spades is from Jazaniah Ford's Decatur deck, 1815. 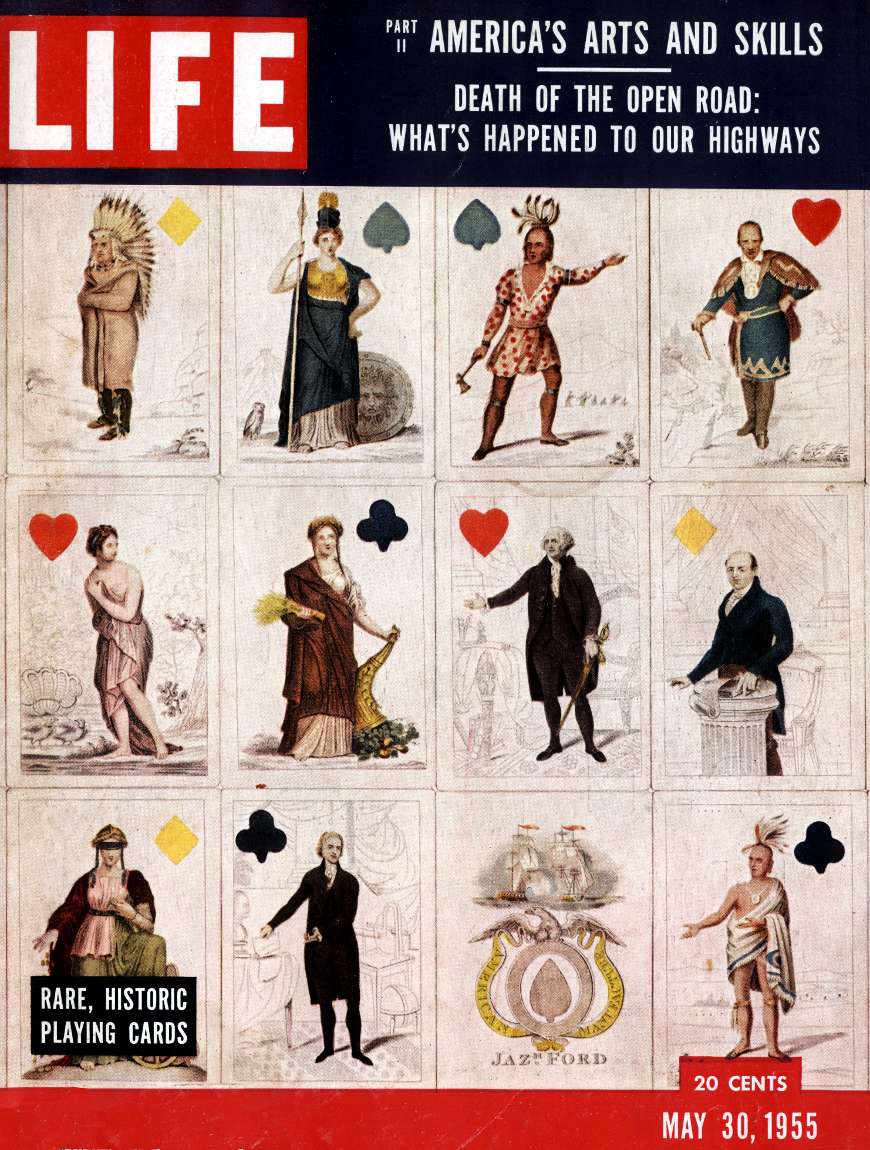 Above: the front cover of Life Magazine, May 30, 1955, featuring “Historic Playing Cards commemorating early U.S. events and heroes.”  The court cards are from J. Y. Humphreys' Seminole Wars deck, c.1819, whilst the Ace of Spades is from Jazaniah Ford's Decatur deck, 1815. The cards are hand-coloured with stencilled pips.

The wealthier colonists played “Pope Joan,” quadrille and whist. Few of them kept as full a gambling record as George Washington, whose diaries show that he lost six pounds, three shillings and three pence between 1772 and 1775. After he took control of the Continental army he banned card games among his men, as it was impossible to discriminate between “innocent play” and “criminal gaming.”