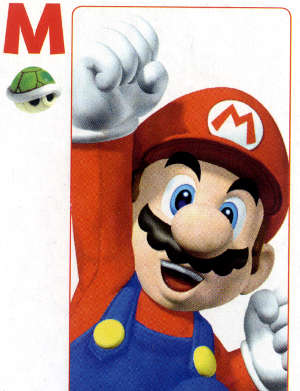 Special cartoon playing cards designed to accompany Nintendo's popular Mario series of computer games, including the offbeat character Wario as the Joker. Whilst Mario is probably the most famous character in video game history, Wario was designed as an antagonist to Mario. Princess Peach, created by Shigeru Miyamoto, is the princess of the fictional Mushroom Kingdom. Luigi is taller and thinner than his brother Mario. The non-standard suit symbols are Mushrooms, Banana Peels (offensive weapons in some games), Super Stars (granting invincibility) and Turtle shells (Koopa Troopas). The backs feature a colourful image of Mario snoozing on a tropical beach under a parasol held by Princess Peach. 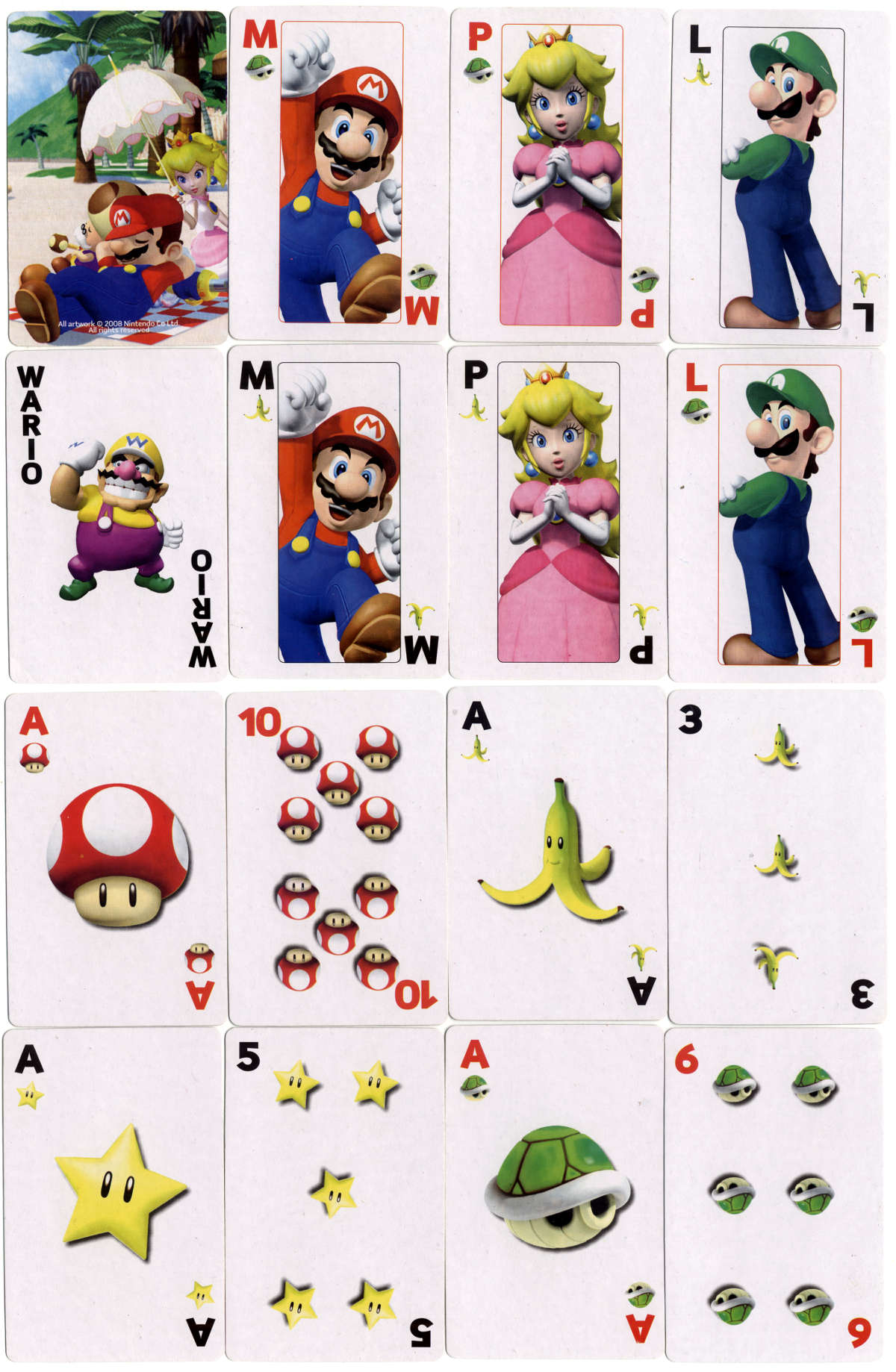