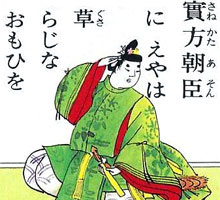 These cards are basically a poetry anthology (the Hyakunin Isshu, or 百人一首), transposed onto cards. The anthology, or the complete set, consists of a hundred short poems of five lines, called Waka (和歌). The set actually consists of a pair of decks, the ‘Yomifuda’ and ‘Torifuda’. The Yomifuda bear the text of the poem, and an image of the poet who composed it. The Torifuda by contrast only carry the last two lines of the poem. Both decks consist of a hundred cards, so in total there are 200 cards in a whole set.  • See also: wikipedia →

Above: the objective of the games played with these cards is matching the Yomifuda (above) with the Torifuda (right).

A set of Torifuda cards made from cardboard is shown beneath. The characters are written in a less cursive style of writing. Although they may be more legible, they are perhaps less artistic. 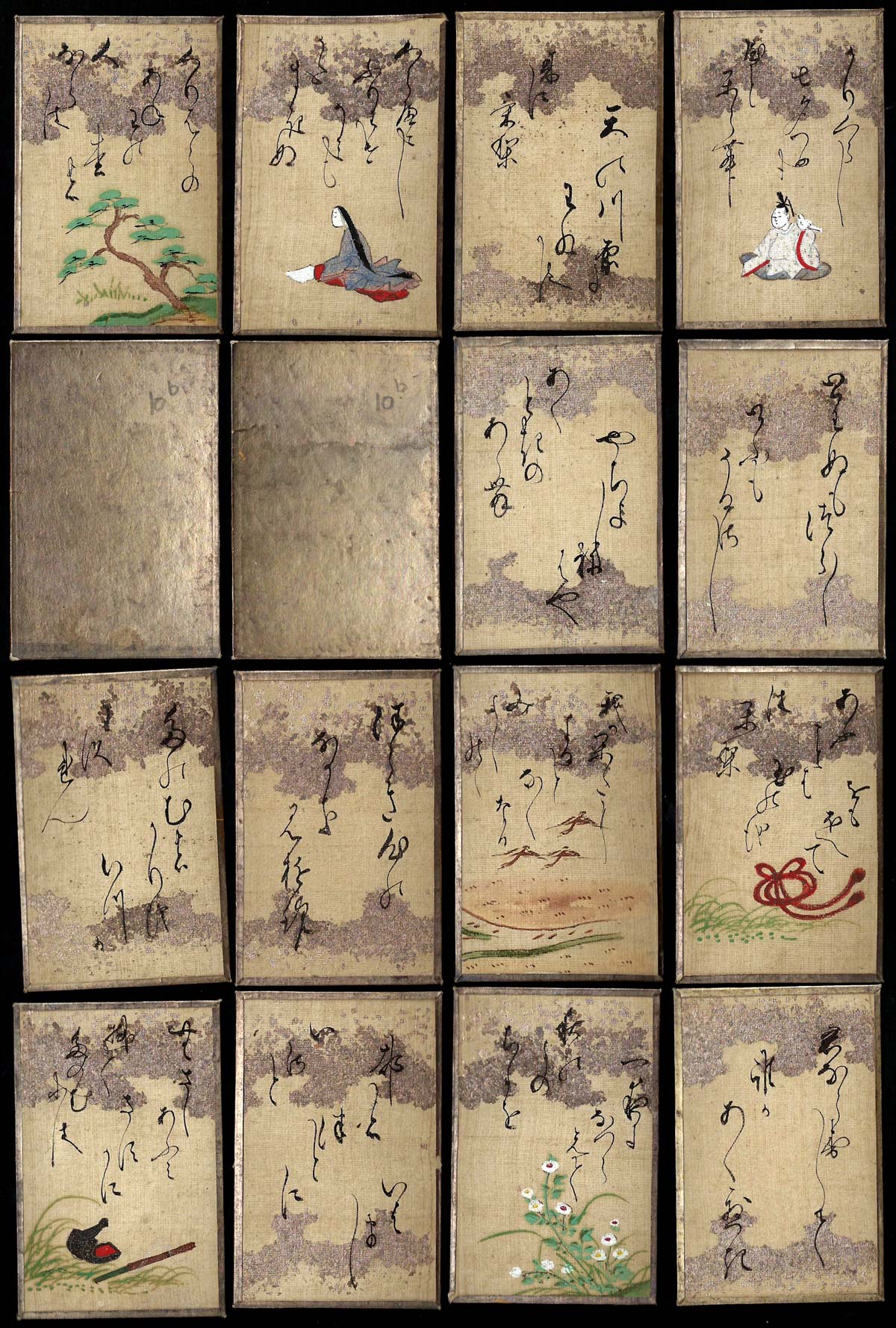