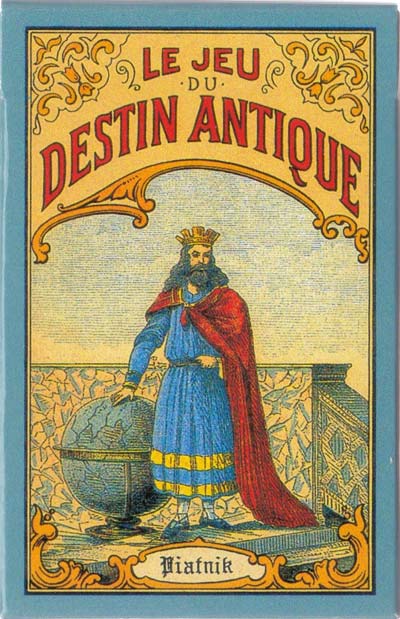 The originals may be viewed on the Bibliothèque Nationale de France website here and here whence it can be seen that all later editions of the deck, including other 19th and 20th century ones, like the one shown here published by Piatnik in 1986, are based on this original version, inspired by Eugène D’Auriac’s study of ancient divinatory sciences  more →

I love the little vignettes in the top RH corner. Each card is numbered and has a miniature playing card in the corner, but no title. The small vignettes provide additional nuances to the cartomantic interpretation. 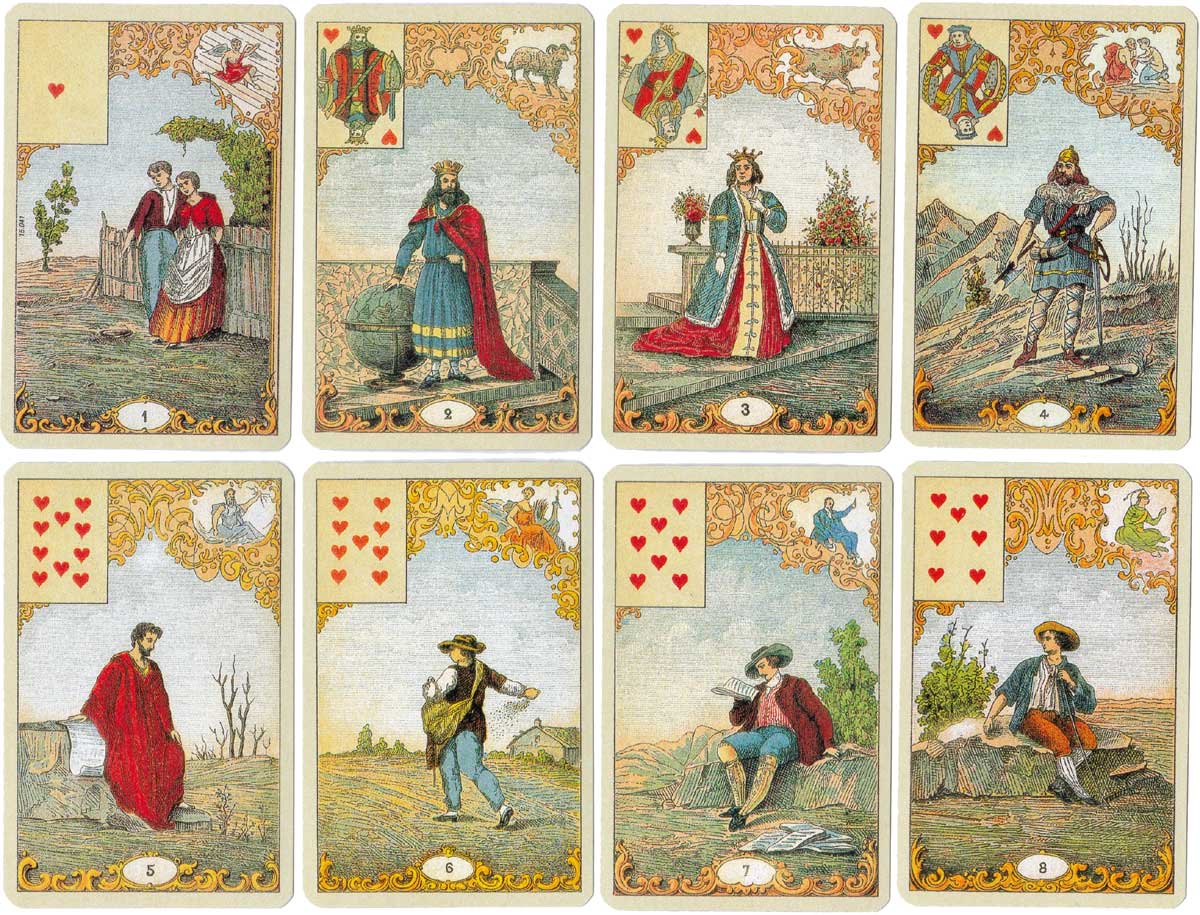 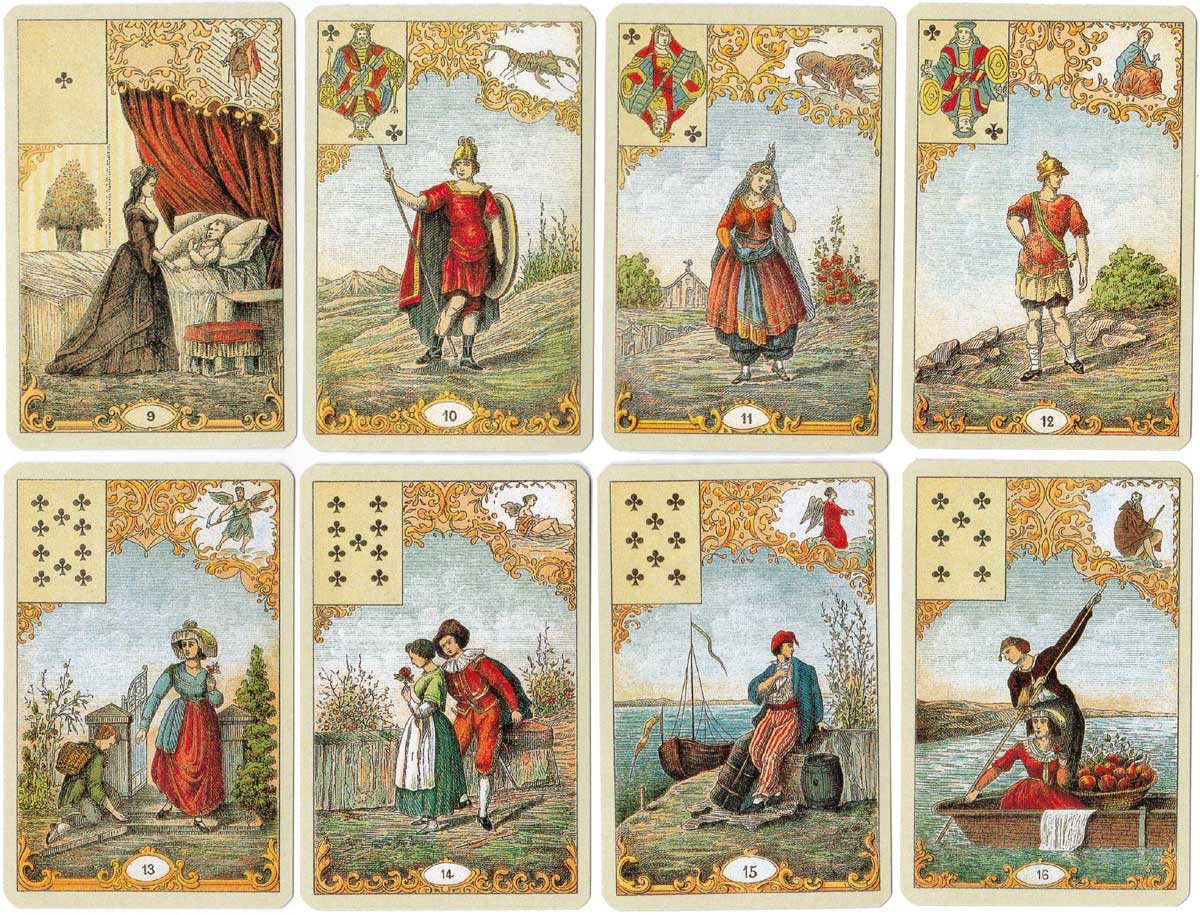 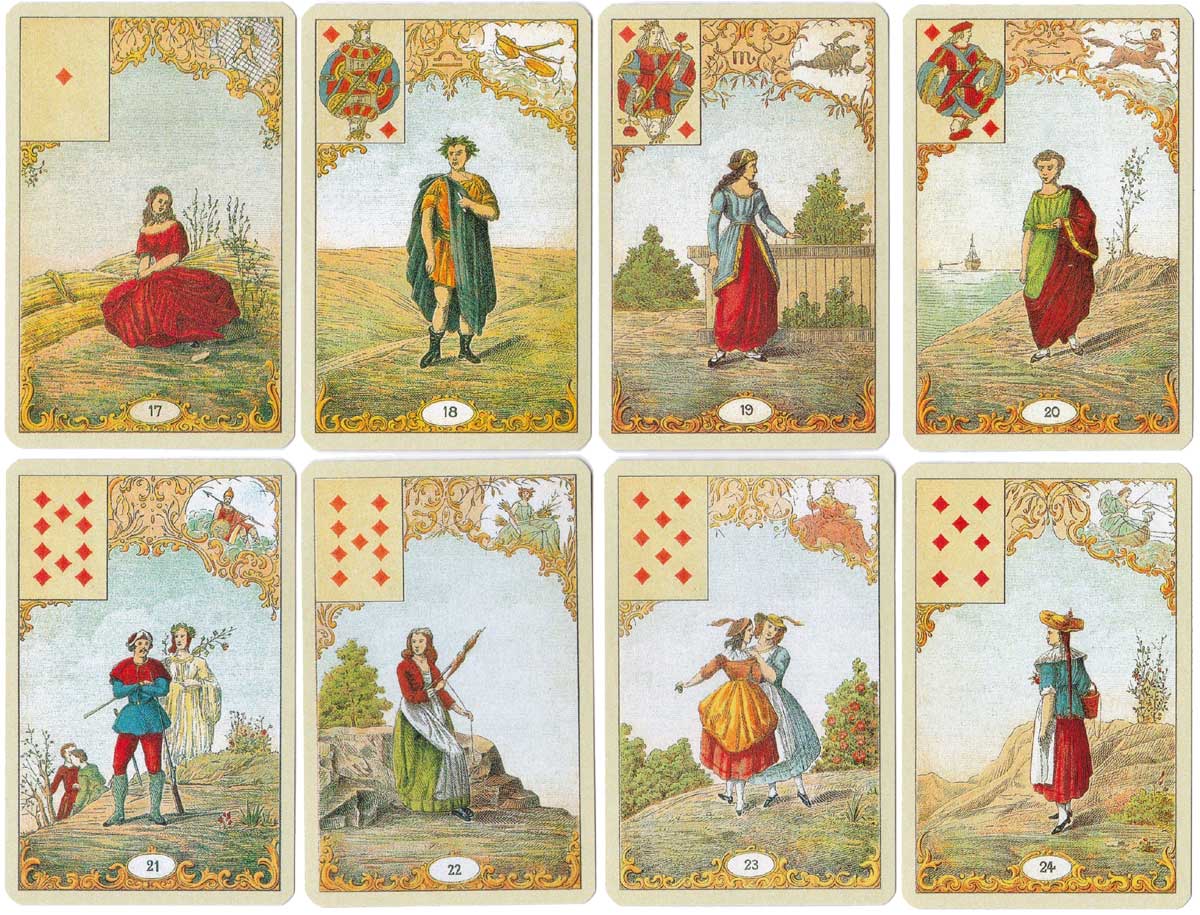 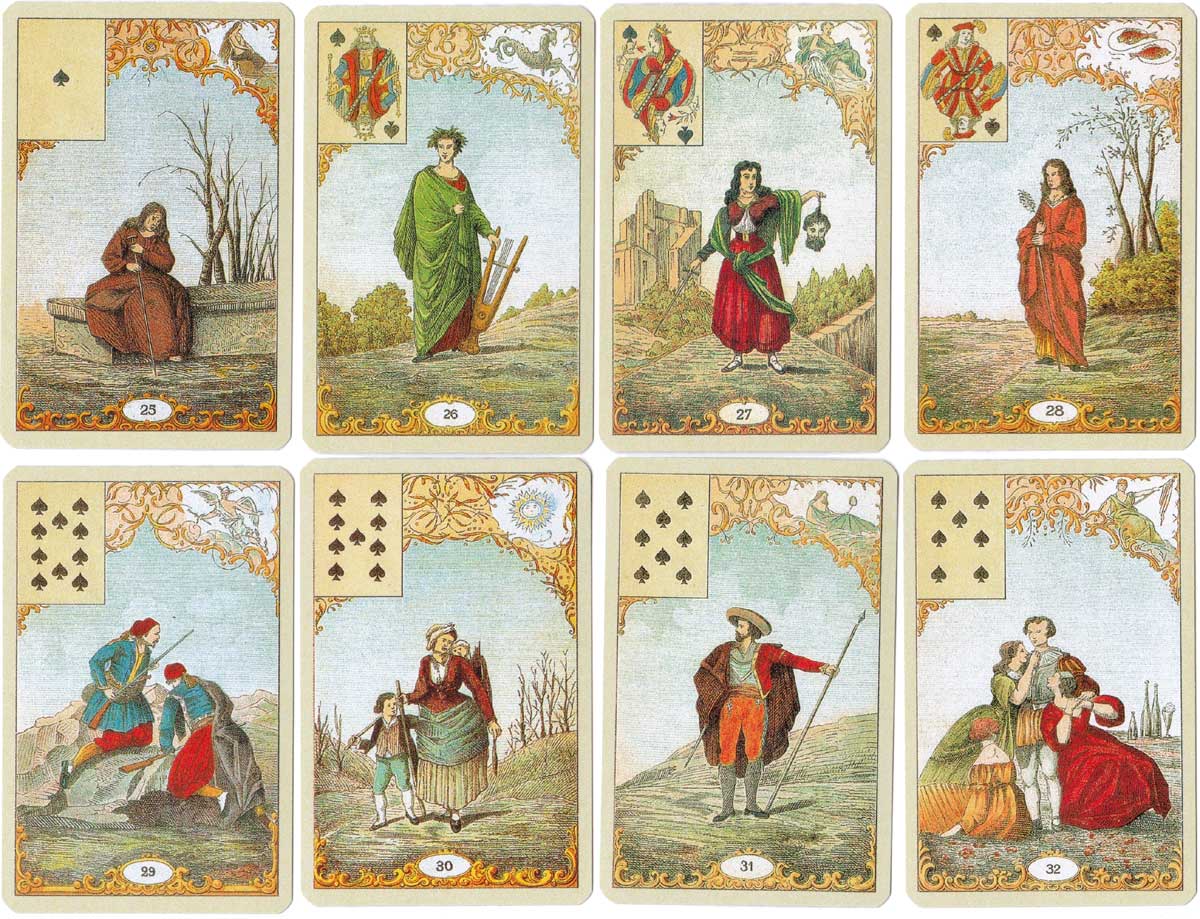 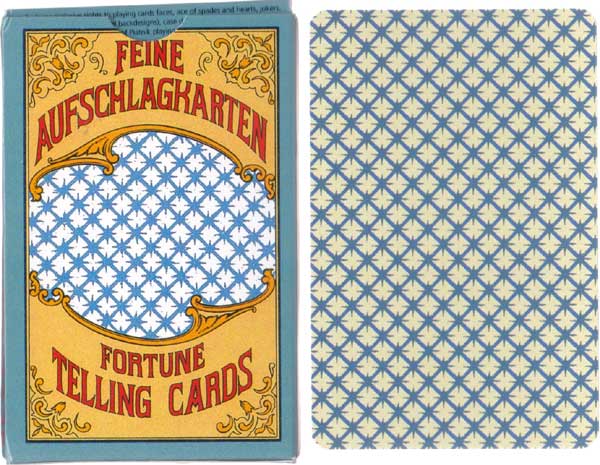 Above: Le Jeu du Destin Antique fortune-telling cards published by Piatnik in 1986, based on 19th century originals by Grimaud. 32 cards + booklet in box.

Card games in general and tarot/cartomancy cards in particular, like children’s and adult games, make a particularly strong appeal to the symbolic imagination. Whereas the standard pack of cards has been able to serve as a tool for divination mainly by combining the interpretation of signs with chance procedures, cartomancy cards have added to this function the desire to tap the secrets of the gods, by including a system of references and symbolic connections of an esoteric type, correlated with the planets and the cosmic hierarchies. Jean-Pierre Laurant: Dictionary of Gnosis & Western Esotericism.