Jaques’ New Game of Illustrated Proverbs depicts typical Victorian social stereotypes and aphorisms intended to educate, console and advise young people. The first card in each well-known proverb features a hand-coloured engraving illustrating the general idea of the proverb, whilst the remaining cards in the set each contain one word inside a sort of cartouche. Thus complete sets can be made up reading “Prevention is Better Than Cure”, “Necessity is the Mother of Invention”, “Birds of a Feather Flock Together”, “Delays are Dangerous” and so on. These quotes have been passed on from generation to generation. Many originate from Biblical or Roman times. Some are still used on a regular basis and others are relics of a time and era which has taken its place in history. 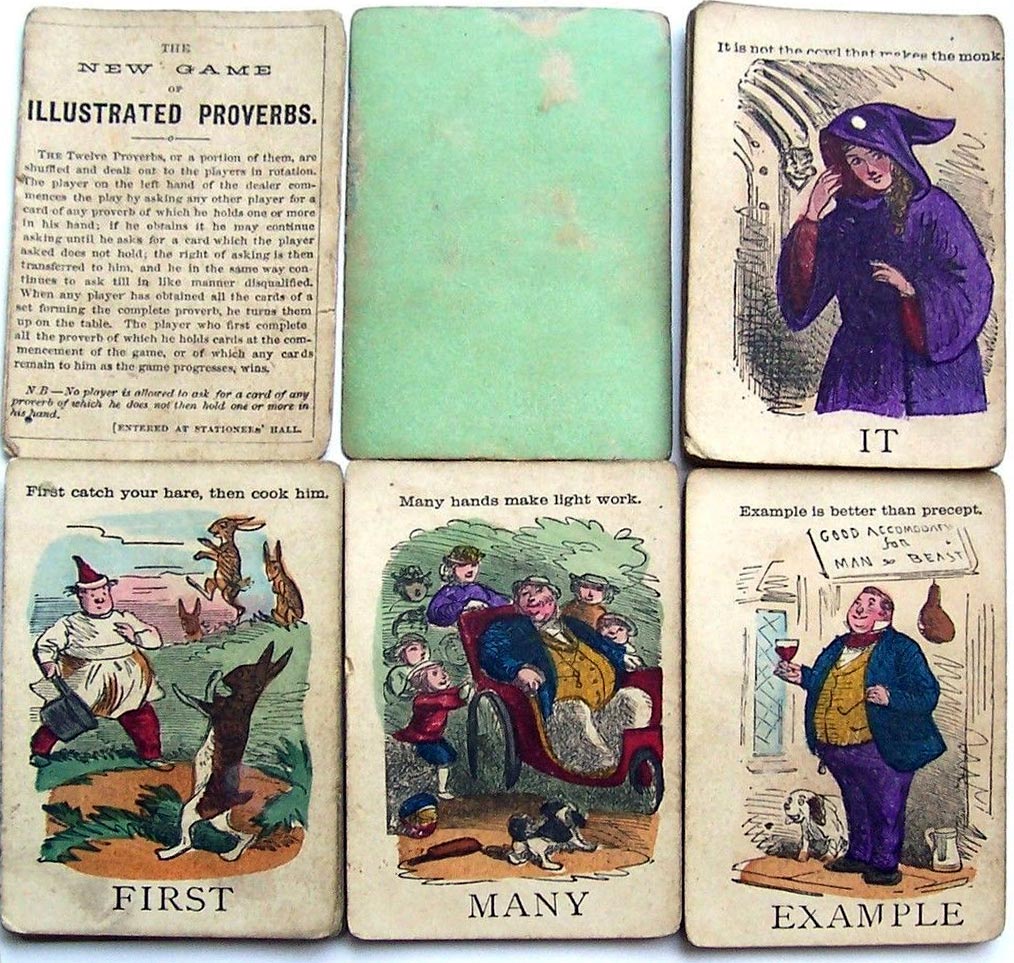 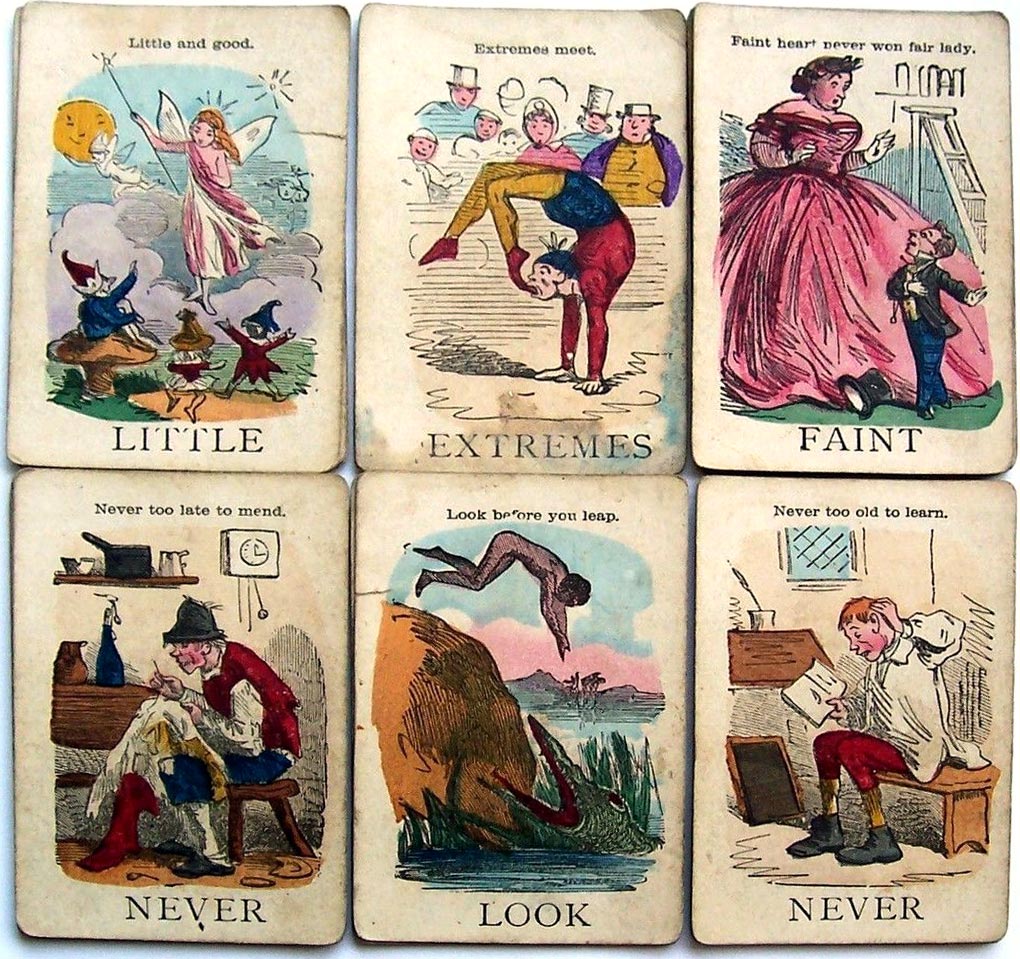 Above: the set contains a total of twelve proverbs. 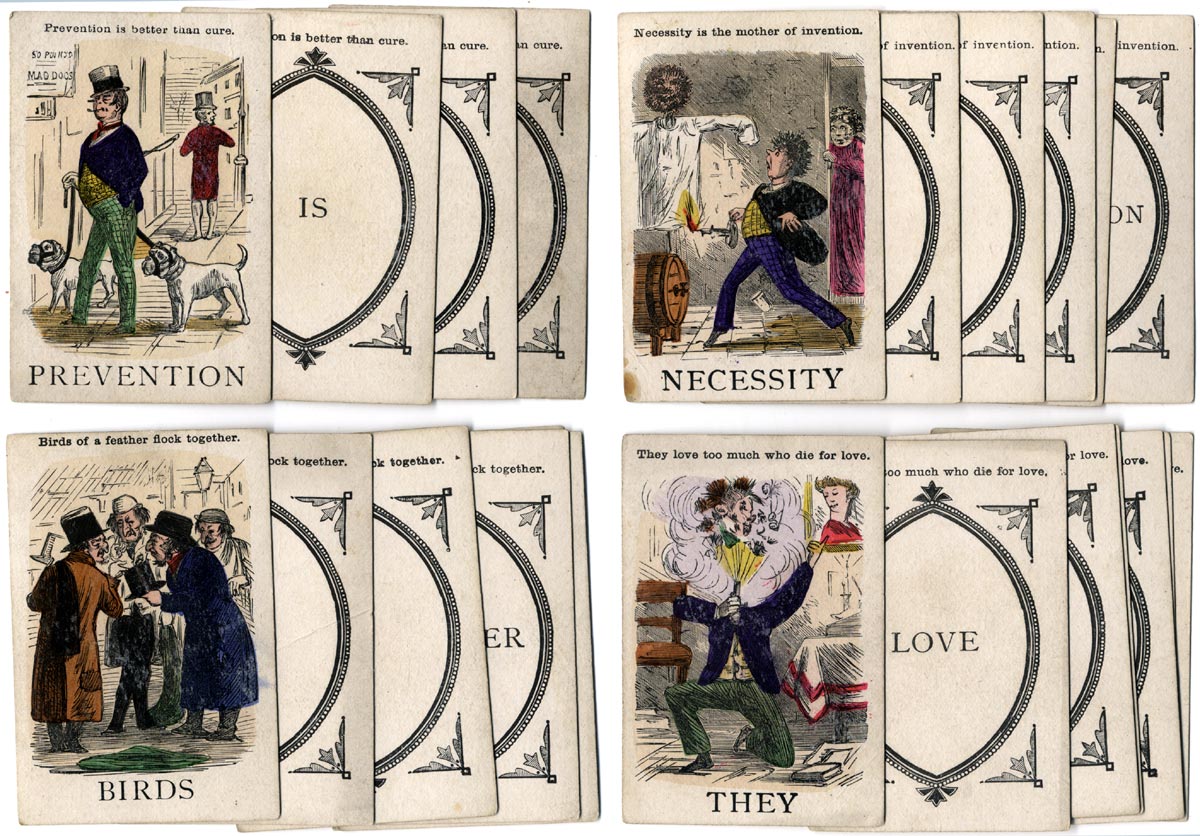 Above: four sets from the second series of Jaques' Illustrated Proverbs, c.1885, showing the illustrated title card and accompanying single word cards making up the complete proverb. The set has 64 cards and is played using the rules of Happy Families. There are 12 proverbs to collect, with varying numbers of words. The lead card of each set has a coloured picture and each card is printed with the text of the complete proverb. Using a moralised version of the Happy Families game the rules of good behaviour could be taught. In the advertisement on the rules leaflet the Illustrated Proverbs are said to be drawn by Phiz. The original retail price was one shilling. The backs of the card are a plain cream colour. John Jaques of London was founded in 1795. 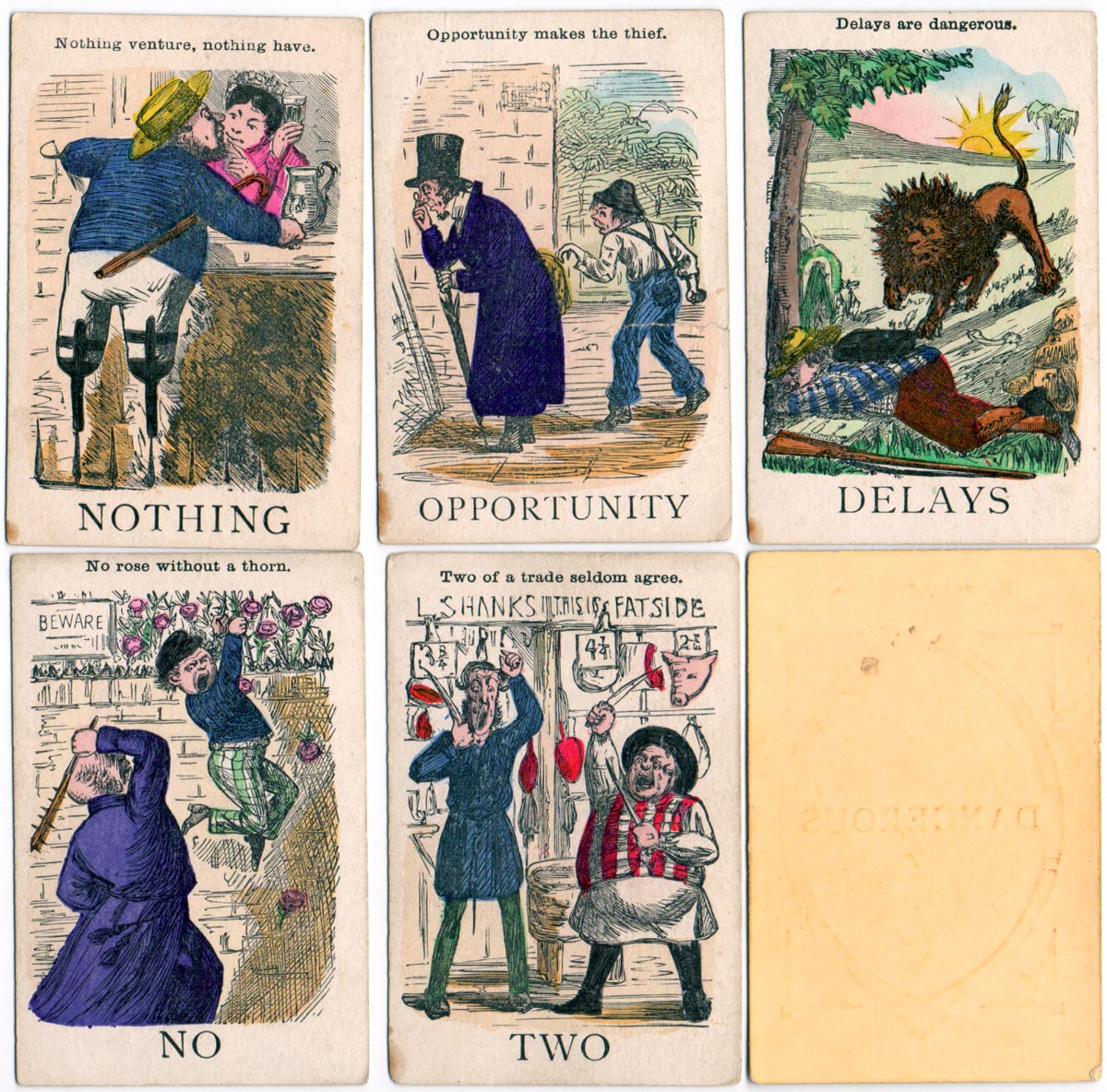 Above: eight title cards from Jaques’ Illustrated Proverbs, c.1885. The complete proverb is printed along the top of each card in the set. “Opportunity Makes the Thief” shows that the problem of pickpockets was rife. The Victorian period was marked by great change, prosperity for some with poverty and misery for others. Advice and quotes were always at hand, whether one belonged in the upper or lower classes, although many of the proverbs about frugality and work ethic must have been intended for the lower classes. “No Rose Without a Thorn” teaches us that to enjoy any beautiful or pleasant thing, we must endure something difficult or painful.