Skits is a geographical card game based around the counties of England, published by Jaques & Son, 102 Hatton Garden, London, c.1900. Described on the box (right) as “a game of the shires, both instructive and pleasant, it tickles the fancy and sharpens the wits.” The cards contain caricatures and also amusing verse. The object of the game is to match map cards with their picture cards, and to play out all your cards to win. See the Rules► 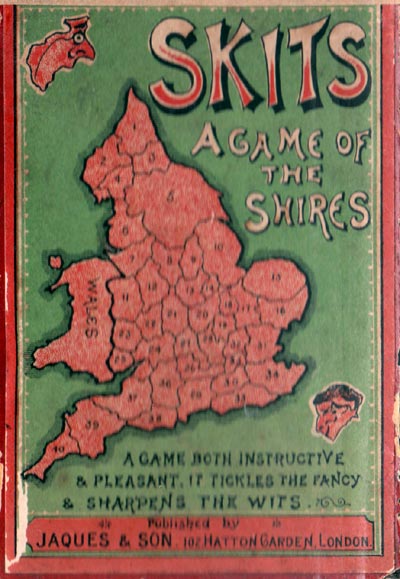 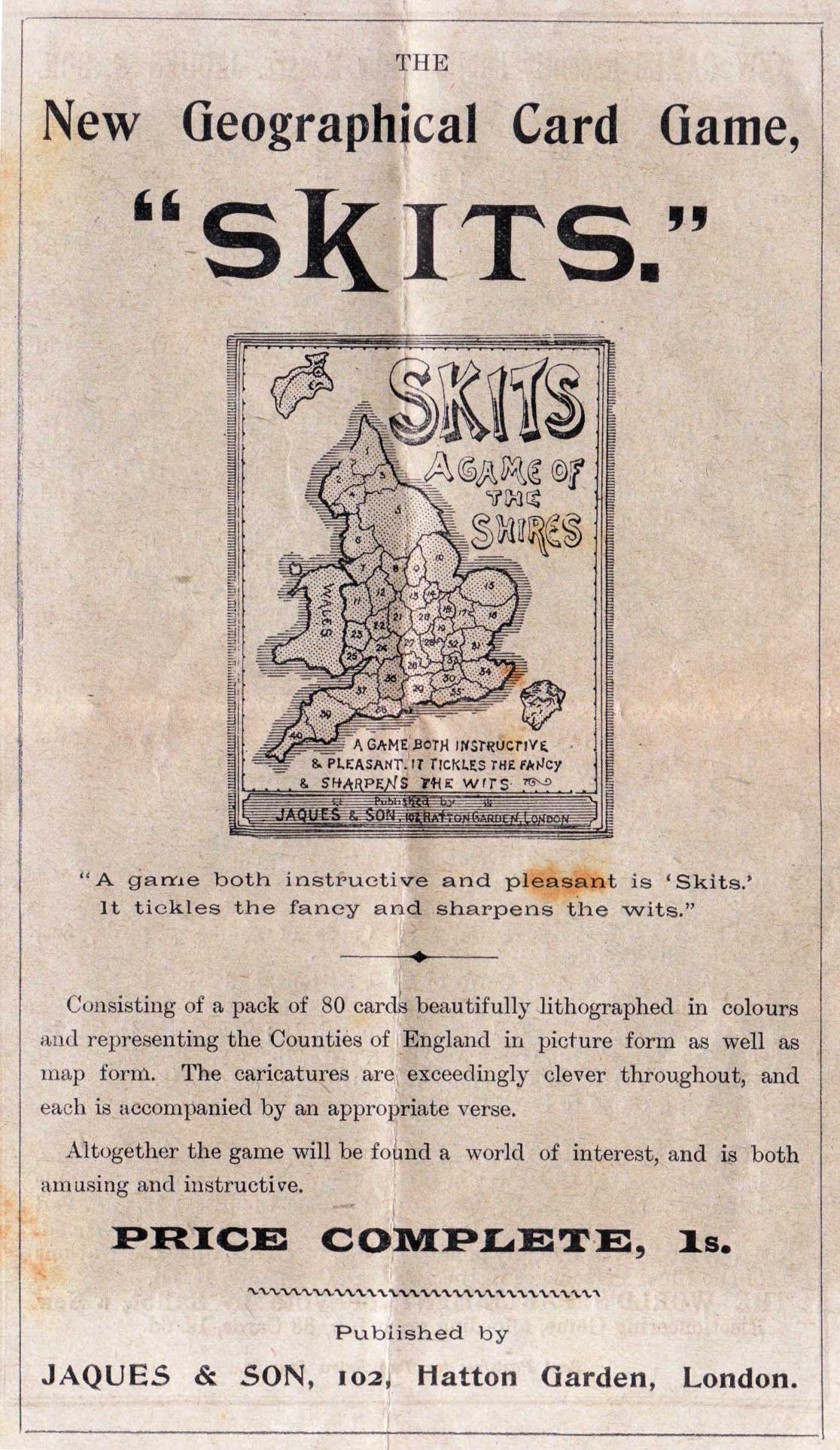