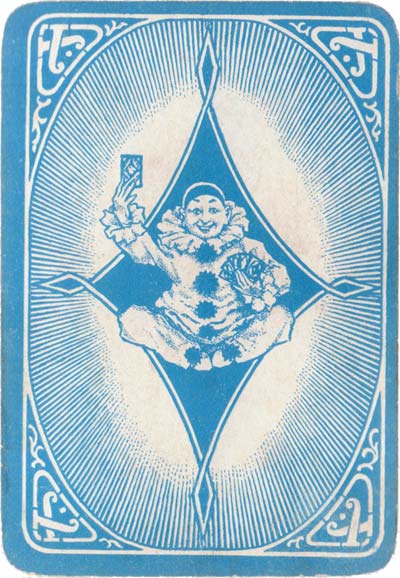 French for Fun, a sort of visual phrase book, was first published as an instructive and amusing pack of cards by John Jaques & Son Ltd in the 1930s. Each phrase is spread over four cards which complete a set. The illustrations undoubtedly make the process of practising French vocabulary more fun whilst playing a game. Players learn words in French whilst exchanging cards and trying to assemble a complete phrase. There are several editions of this game, some have a different number of cards and/or different illustrations, back design or card size. See the Box► 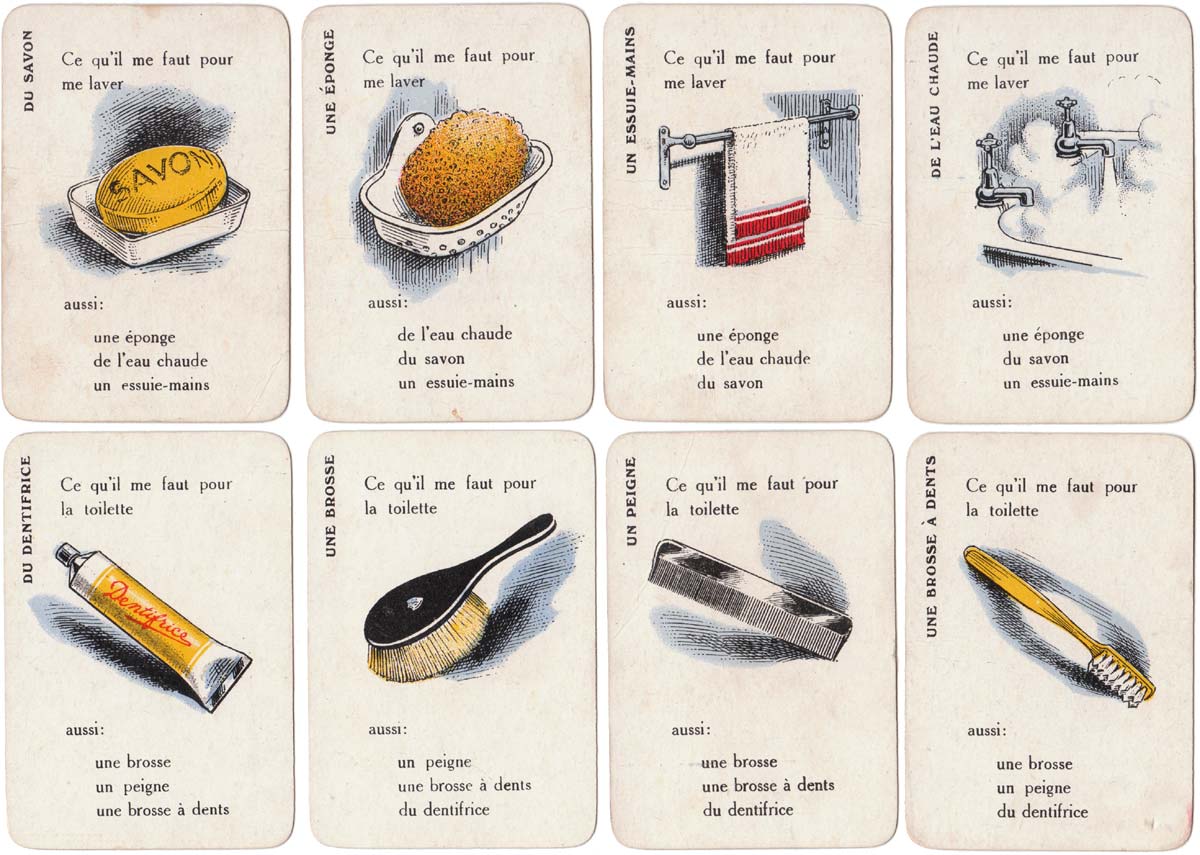 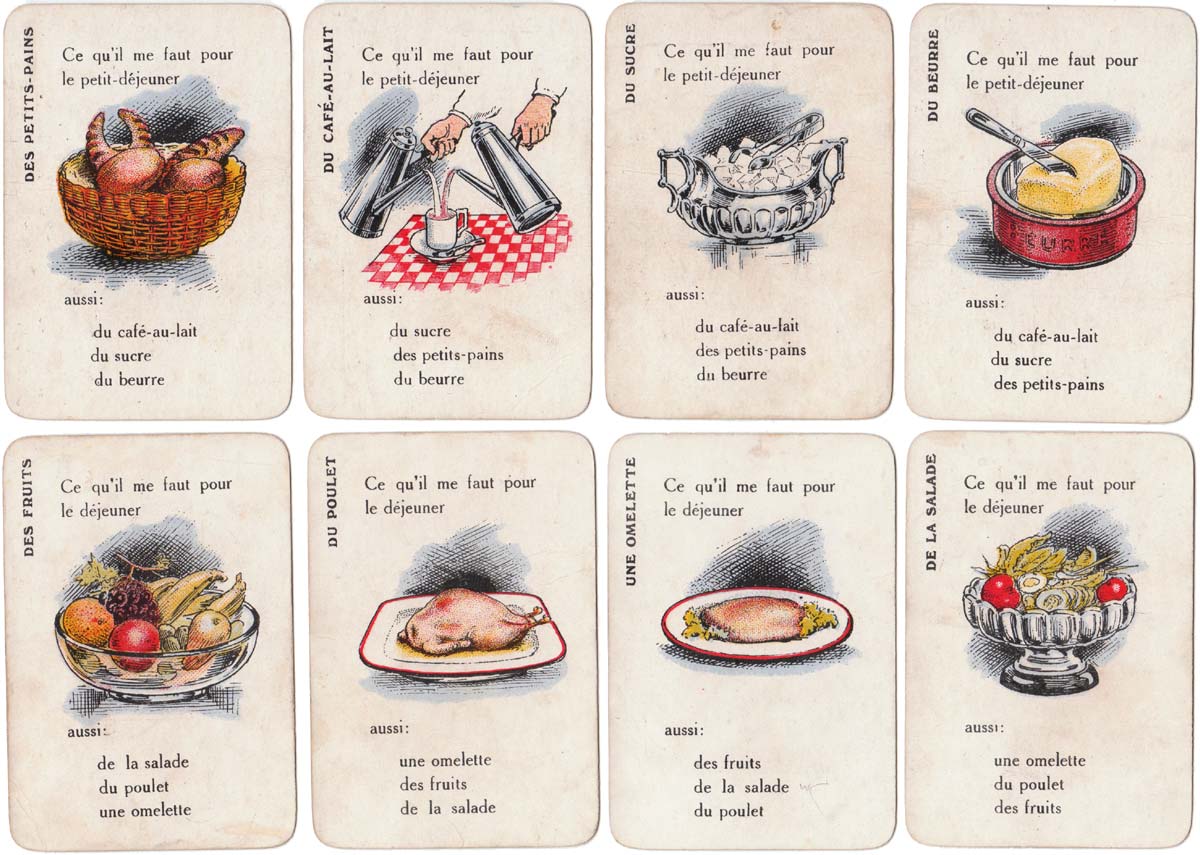 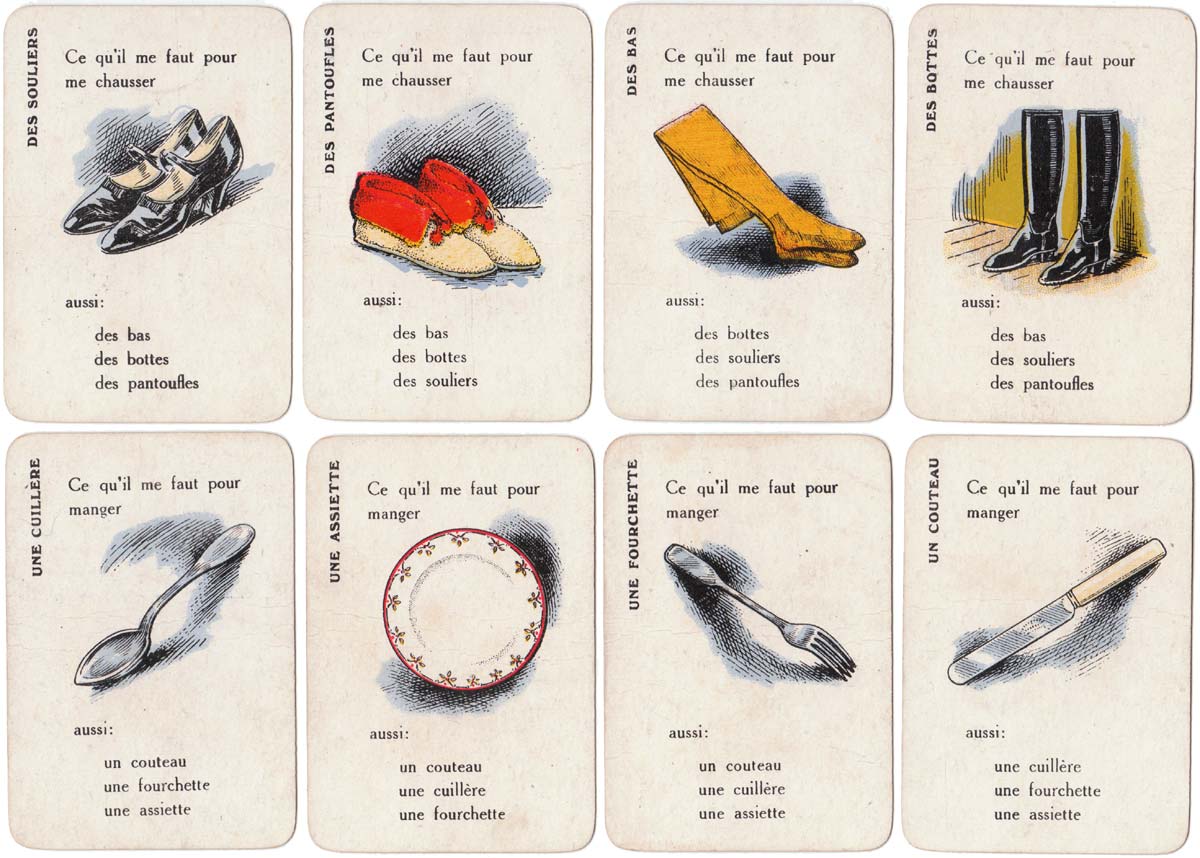 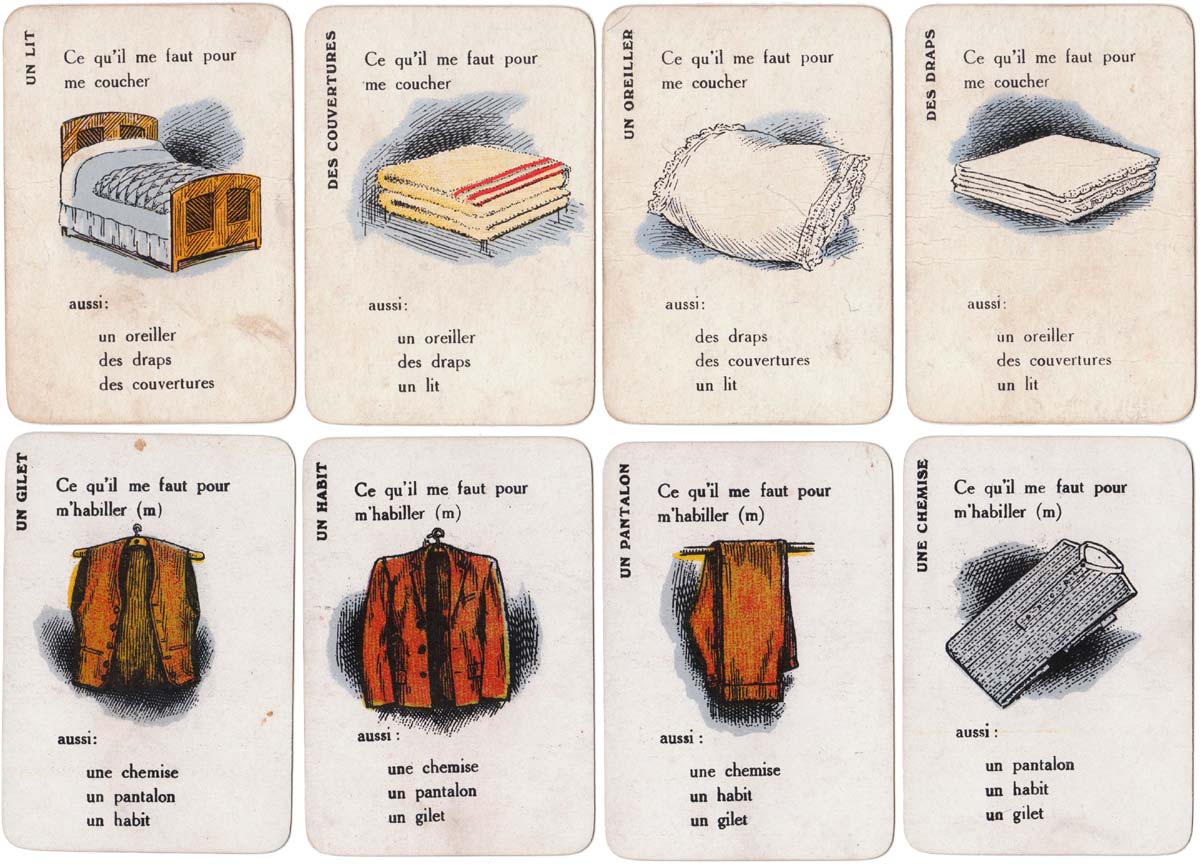 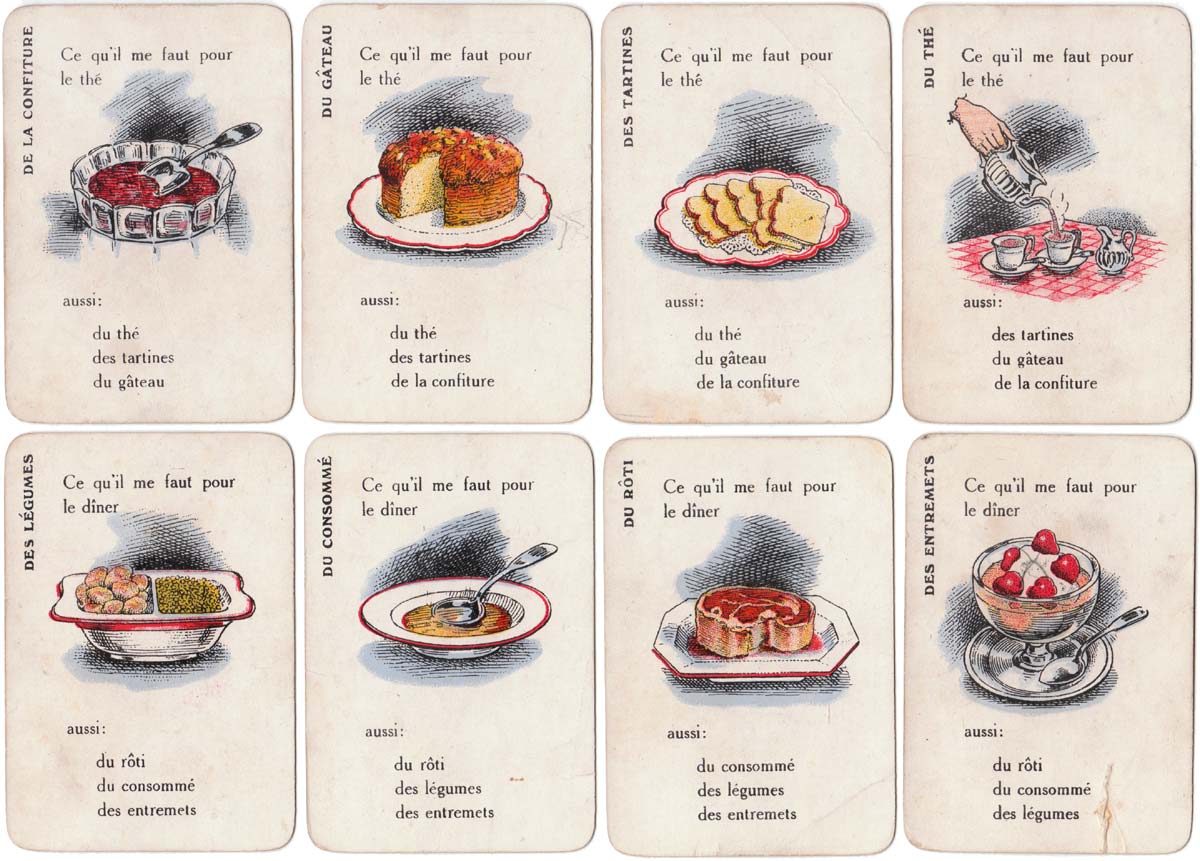 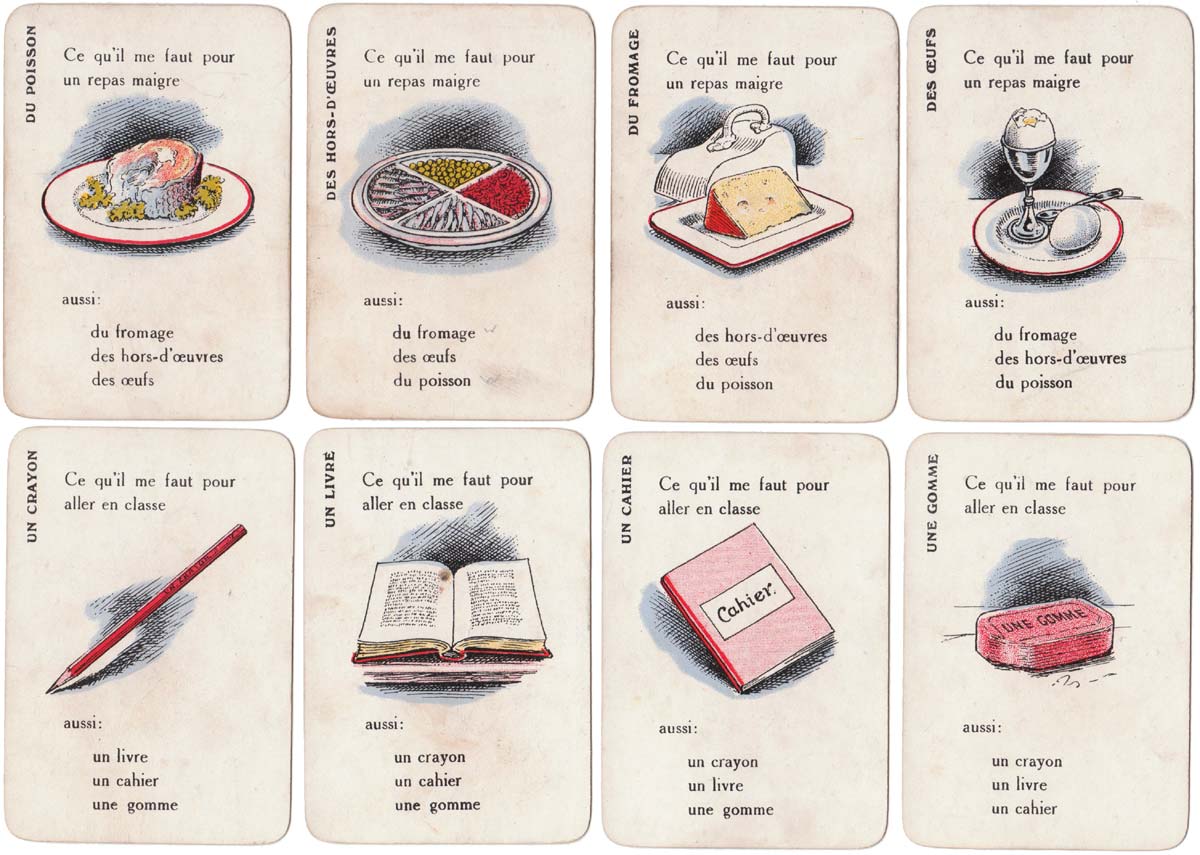 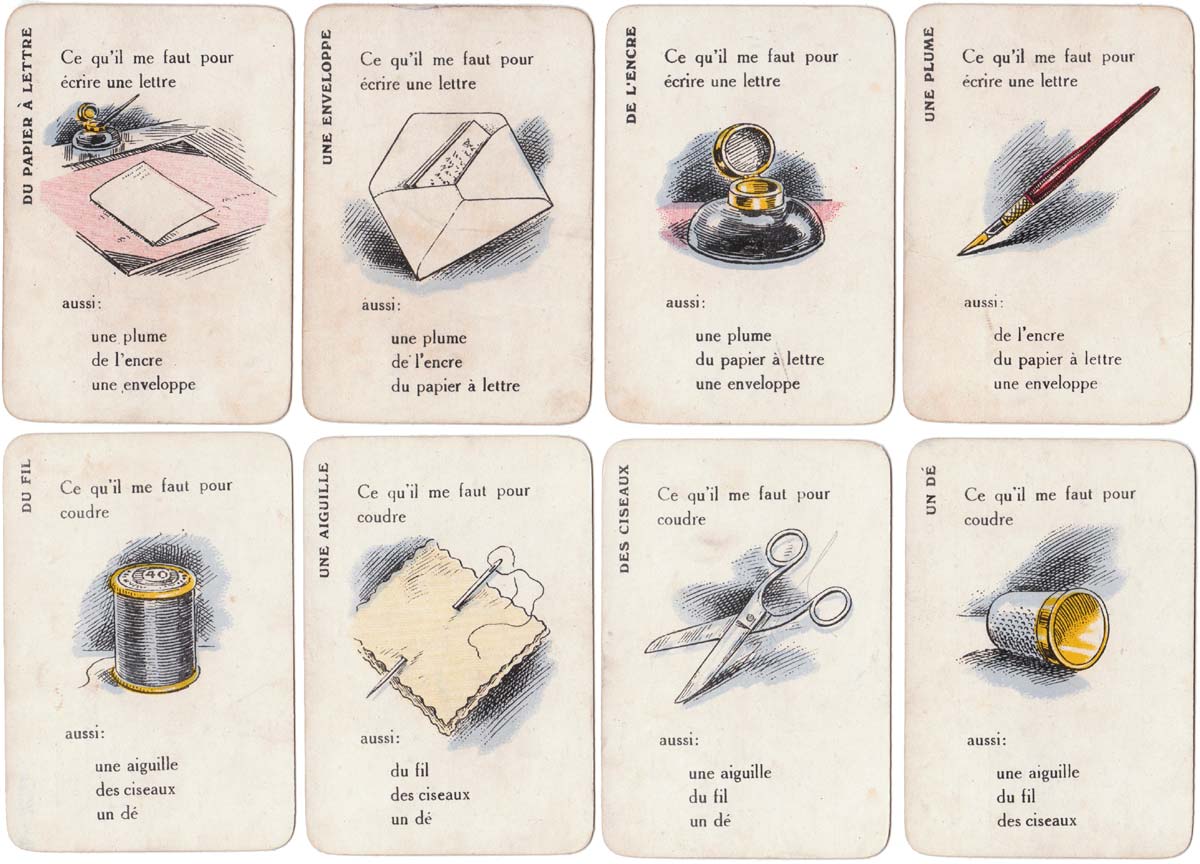 In this edition the number of cards and phrases is the same, but the cards are wider and the illustrations have been re-drawn against a grey background. There is also a new back design. The rules leaflet also gives a different address to the first edition. See the Rules► 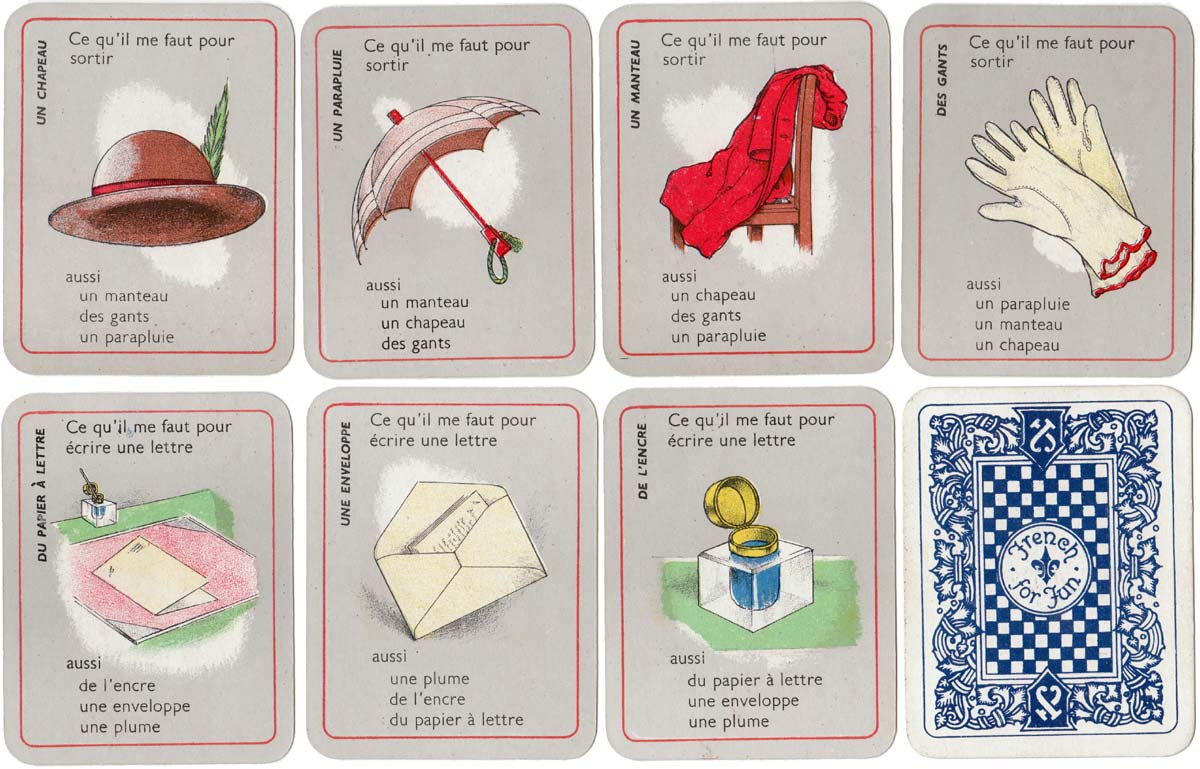 In this edition the card size has reverted to the normal narrow card size. See the Box► 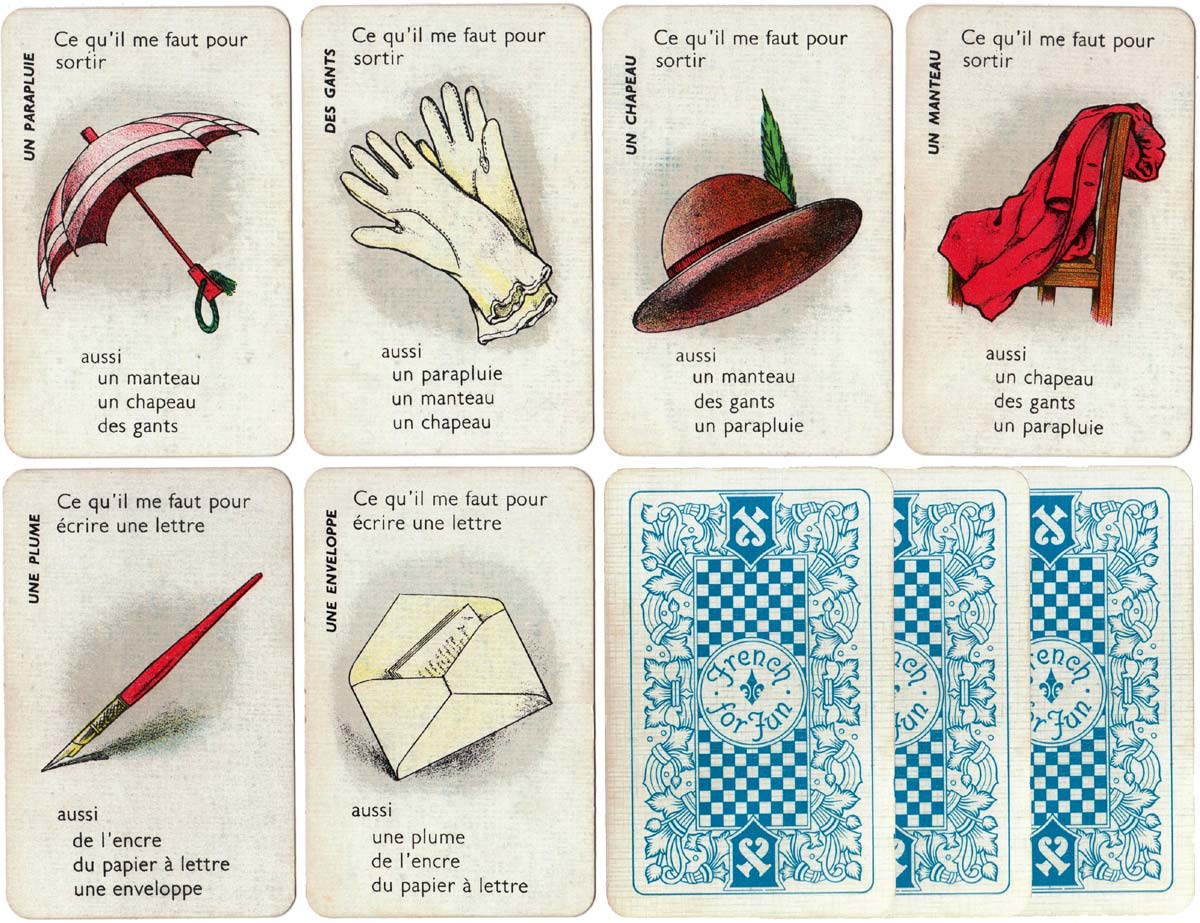 Above: cards from French for Fun published by John Jaques & Son Ltd., Thornton Heath, Surrey. Third edition c.1946. 44 cards in box + rules. This was a time (after the war) when Jaques were replacing their range of games with a cheaper product in whist size packs, usually with 44 cards. After a short while it was realised that some of them were not selling. They dropped French for Fun and the Counties of England range and just published Snap and Happy Families. Eventually Jaques gave up publishing cards themselves and passed over Snap and Happy Families to Pepys to publish those games for them.