Ferguson Happy Families card game was produced by Ferguson Electronics (Thorn Electrical Industries Ltd) and printed by John Waddington Ltd in c.1960. The family members are all depicted using Ferguson audio devices, including transistor radios, tape recorders, gramophones, televisions and music centres which many of us will remember well from the 1960s. Although rather conservative by today's standards, there is a hint of modernism and personal independence in the designs which would become the hallmark of that era, as the tastes and preferences of young people became more important. The mini-skirt, bell-bottom jeans, false eyelashes and bikins were just around the corner... 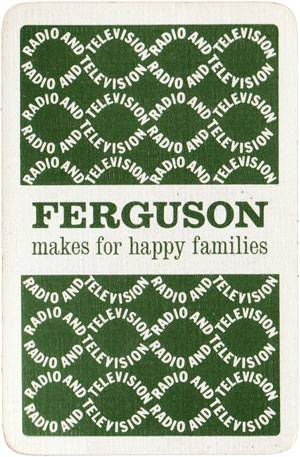 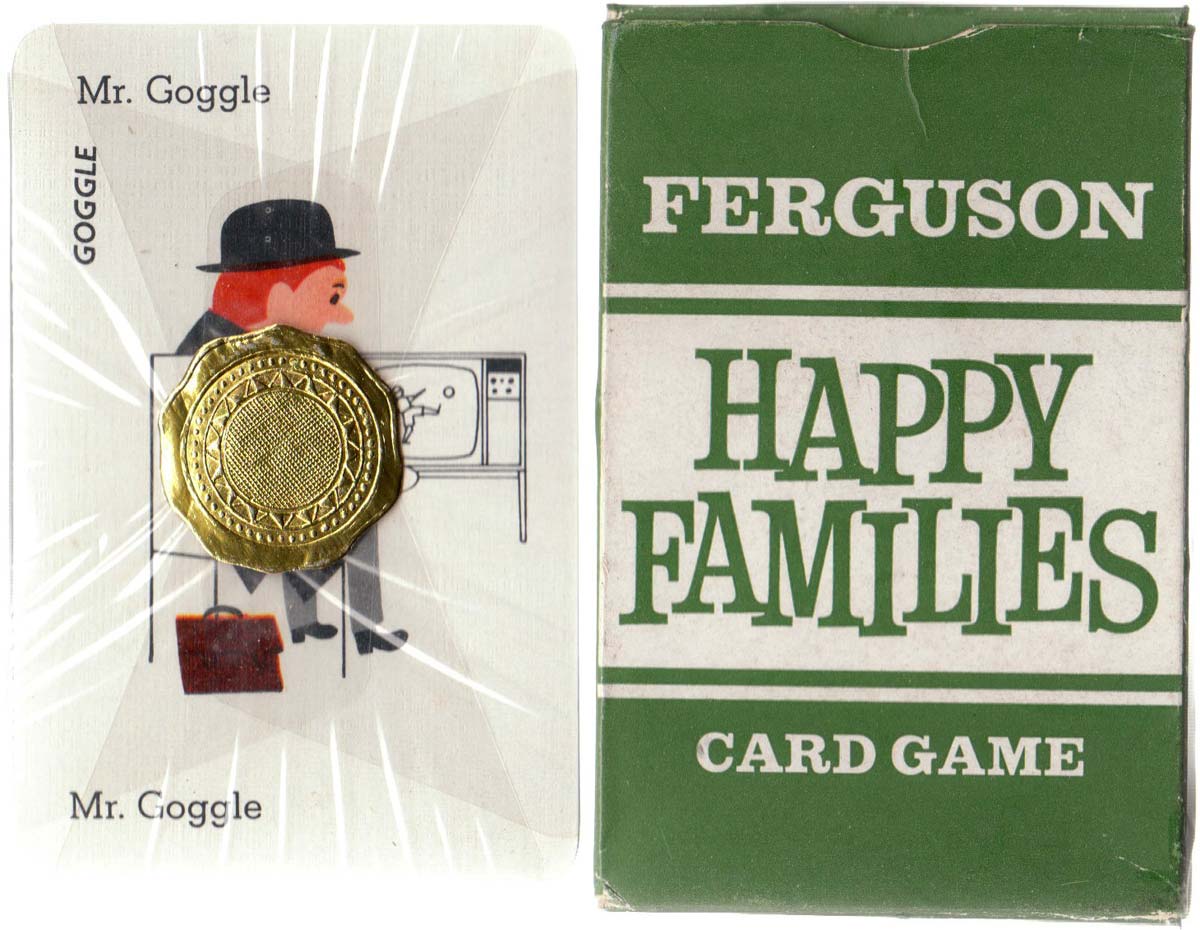