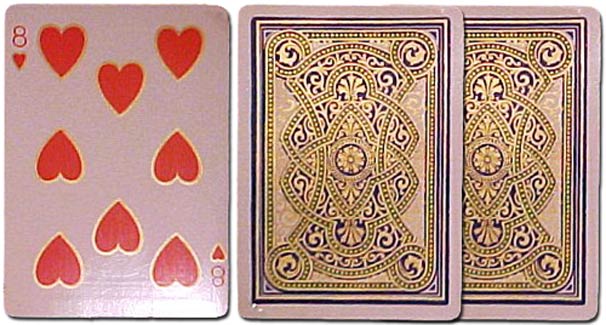 This Ace of Spades and the Gold Medal Joker were first issued c.1880 and subsequently used in "Squeezer" decks.