Tarock deck made by Johann Herrl in Graz 1815 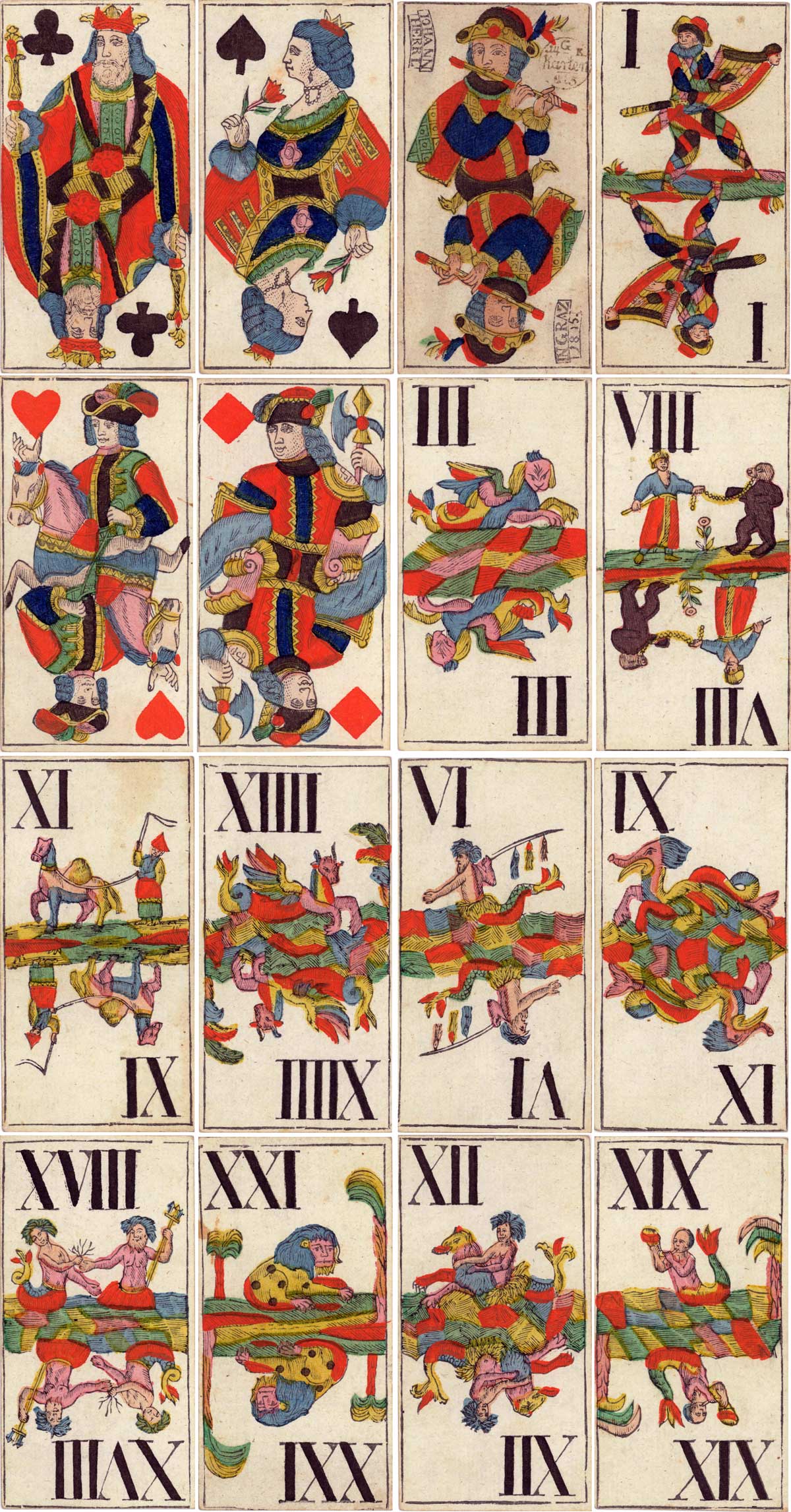 Above: 54-card Tarock deck made by Johann Herrl in Graz 1815. The 'Fool' is a flautist. Images from the collection of Klaus-Jürgen Schultz (http://spielkarten-sammlung.de).